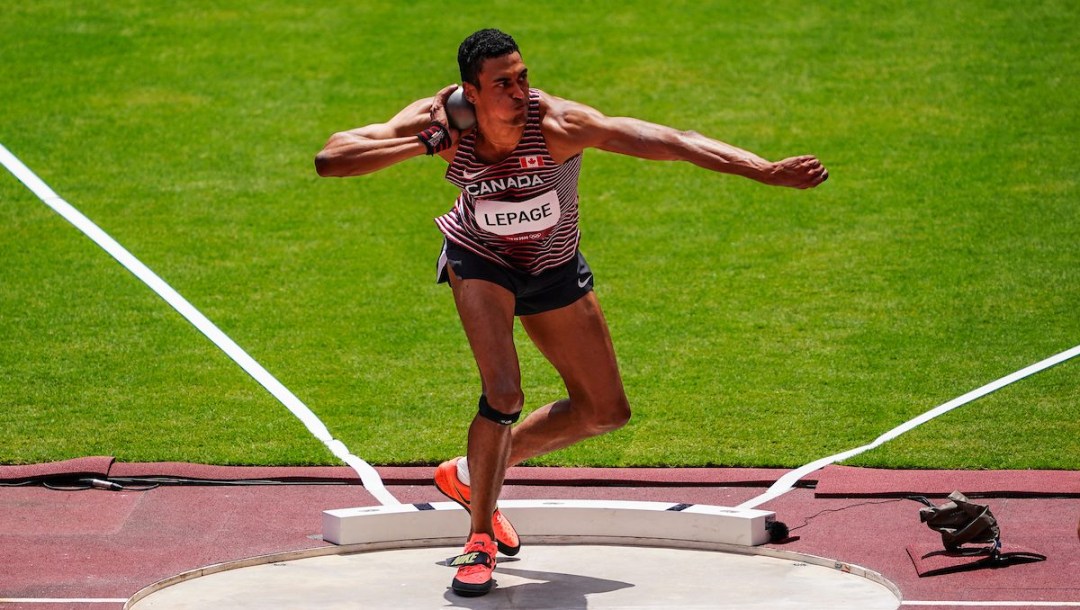 Pierce LePage had the best performance of his career at the 2022 World Athletics Championships where he set a personal best in the decathlon (8701 points) as he won the silver medal. To achieve the big breakthrough, he recorded personal best results in the 400m (46.84 seconds), 110m hurdles (13.78 seconds), and discus (53.26 metres). LePage was the overall leader heading into the second last event, the javelin, but was surpassed by world record holder Kevin Mayer of France

LePage opened eyes to his athletic abilities during the 2016 RBC Training Ground Regional event in Toronto where he was named the winner of the combine. With his talent identified by Athletics Canada, his decathlon career began an upwards trajectory.

In September 2016, he broke the 8000-point barrier for the first time to win bronze at the Decastar meet in France which gave him the belief that he could become an Olympian. In May 2017, he attended the famed Hypo-meeting in Götzis, Austria for the first time. Later that year, he became Canadian and NACAC champion in the decathlon.

In 2018, LePage competed at his first multi-sport games, winning decathlon silver at the Commonwealth Games in Gold Coast, Australia, But he was unable to build on that success as he tore his right UCL, sidelining him for several months. He attempted a comeback to competition at the Decastar meet in September but ended up tearing his hamstring. He focused that off-season on ensuring his body was fully recovered and ready for 2019.

In his first decathlon of 2019, LePage scored a personal best 8453 points to win the Decastar meet in June. That also gave him the decathlon qualifying standard for Tokyo 2020. In August, he won bronze at the Pan American Games in Lima, sharing the podium with teammate Damian Warner. In October, LePage made his debut at the World Athletics Championships where he finished fifth overall. He had been ranked second after the first day of competition, bolstered by first place finishes in the long jump and 400m. On the second day, he held the lead heading into the last two events but dropped off the podium after the javelin.

After not competing a decathlon in 2020 because of the COVID-19 pandemic, LePage returned to Götzis in May 2021 where he won silver behind teammate Damian Warner with a personal best 8534 points. He did so thanks to personal best performances in the 100m, 110m hurdles, and 1500m.

In his Olympic debut at Tokyo 2020, LePage finished fifth with a personal best 8604 points, just 45 points back of the bronze medallist. He had recorded personal best performances in the shot put, 400m, and 1500m and was in a podium position until the javelin, the second last of the 10 events in the decathlon.

A Little More About Pierce

Getting into the Sport: Started training in track and field with triple jump in elementary school… Transitioned to decathlon at the age of 17 after spending most of high school playing video games… Outside Interests: Loves to play video games in his time off, especially League of Legends… Works at his track doing maintenance and overseeing the patrons… Studying Interdisciplinary Social Science at York University…  Odds and Ends: Favourite motto: Hakuna Matata…