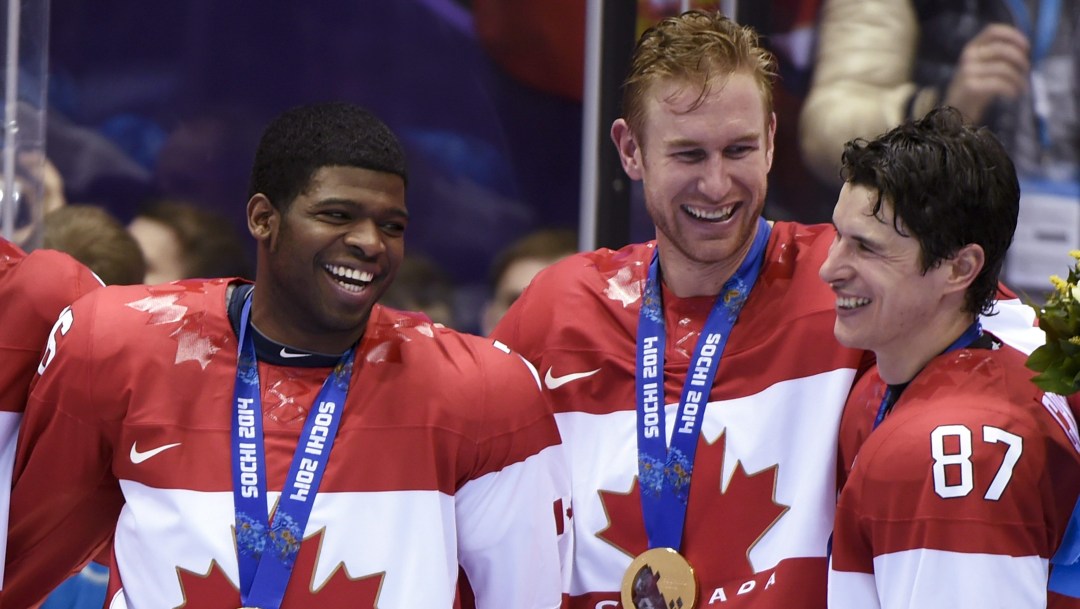 P.K. Subban made his Olympic debut at Sochi 2014 where he played in one game as Team Canada went on to win the gold medal.

Subban first wore the maple leaf internationally at the 2008 IIHF World Junior Championship where Canada won the gold medal. He returned to the World Junior team in 2009, helping Canada win a second straight gold medal as he was named to the media all-star team thanks to his three goals and six assists.

Subban participated at the IIHF World Championship for the first time in 2013 when Canada finished fifth. He had originally been named to the roster for the 2012 World Championship but was injured during the pre-competition camp and was unable to play.

Selected in the second round (43rd overall) by the Montreal Canadiens in the 2007 NHL Entry Draft, Subban became a fulltime NHL player during the 2010-11 season. In 2016-17 he joined the Nashville Predators for three seasons before becoming a member of the New Jersey Devils for three seasons. Subban announced his retirement on September 20, 2022. He ended his NHL career with 834 games played in which he scored 115 goals and 352 assists.

A little more about P.K.