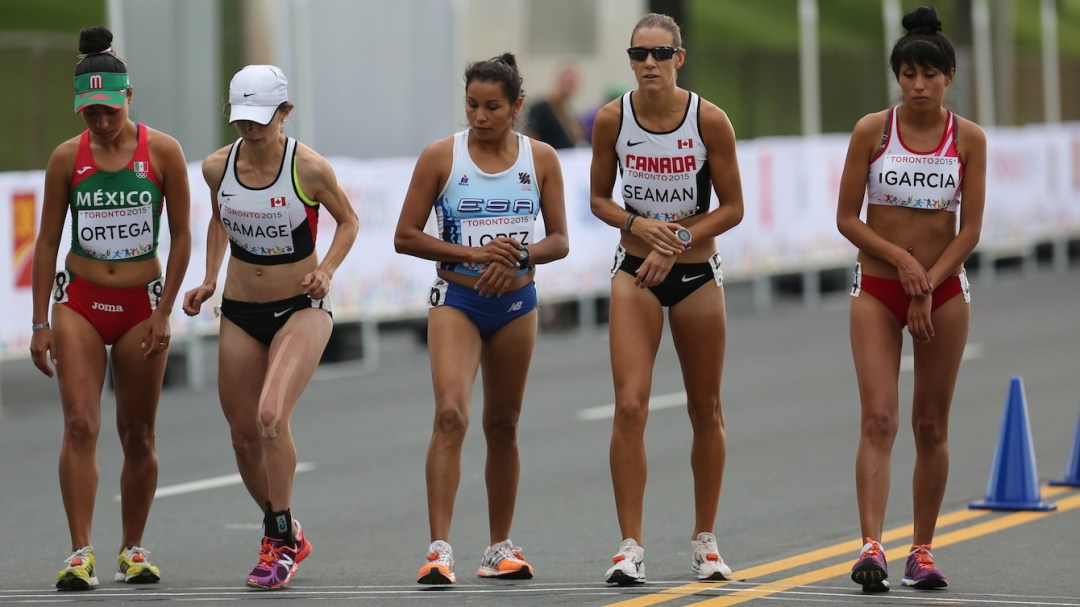 Hailing from a highly athletic family, it was while watching her sister compete for Canada as a junior that made Rachel Seaman also want to wear the maple leaf internationally. She made her Olympic debut at London 2012 after competing at two editions of the IAAF World Championships. She has also been to four editions of the IAAF World Race Walking Cup. After setting the Canadian record in the 20km race walk at 1:30:43 in March 2014, she bettered it in March 2015 with a time of 1:29:54 in Nomi, Japan.

Family: Parents Nil and Christine Lavallee… Her mother is a former Canadian record holder in the marathon… Her father was also an elite marathoner in the 1970s… Older sister Rebecca Christensen… Younger sisters Ruth-Ann and Renee Lavallee… Husband Tim Seaman is also her coach and a two-time American Olympian… Daughter Isabella (born April 2013)… Getting into the Sport: Was always involved in track and field because of her parents… Her sister started race walking first so she followed her to emulate her… Outside Interests: Enjoys watching movies, trying different foods… Graduated from Fleming College in Peterborough in 2008… Odds and Ends: Nickname: Raquel… Travels with movie and TV DVDs to keep her entertained in the long rest days before competition… Favourite motto: “No fear equals no limits!”…

Sprinter Kimberly Hyacinthe first represented Canada at the 2005 IAAF World Youth Championships, competing in the 100m and 200m. She...