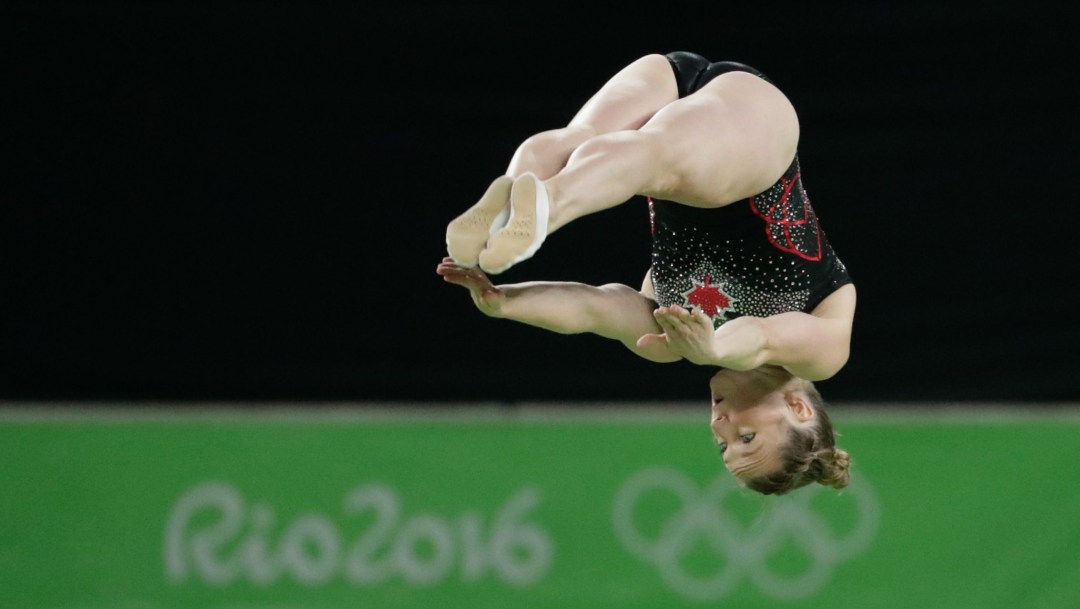 Rosie MacLennan made history at Rio 2016 when she became the first trampolinist to ever win back-to-back Olympic gold medals. She also became the first Canadian athlete to successfully defend an Olympic title at the summer Games and the first Canadian woman to win two gold medals in an individual event at the summer Games. Four years earlier, MacLennan had won one of Canada’s two gold medals at London 2012 where she performed the most difficult routine of the competition to earn a career-high score of 57.305 for Canada’s first-ever Olympic trampoline gold medal. As the defending Olympic champion, she was selected as Team Canada’s Opening Ceremony flag bearer for Rio 2016.

She had first gained multi-sport experience at the 2007 Pan Am Games where she won silver before stepping up to win gold at Guadalajara 2011. She successfully defended that gold medal at home at Toronto 2015, sharing the podium with teammate Karen Cockburn, after coming back from a concussion.

MacLennan made her world championship debut in 2005 and won her first medal, a bronze, in 2007. She added another bronze in 2010 before winning silver in 2011. After her first Olympic triumph, MacLennan maintained her top international ranking, winning her first world title in 2013. She added another silver in 2014. After suffering her second concussion of the year when she was accidently hit on the head by a car trunk, MacLennan was happy just to be able to compete at the 2015 World Championships. Choosing to lower the technical difficulty in her routine, she trained it for one week and finished just off the podium in fourth place.

MacLennan has since been open about the impact of her concussions, including a loss of spatial awareness in the air which shattered her confidence, as well as headaches, memory issues, speech issues, and anxiety and depression. She decided not to compete at the 2017 World Championships because of a lingering neck injury.

Fully healthy, she returned to the world championships in 2018 and won her second career world title in the individual event. In April 2019, during a World Cup in Belarus, MacLennan broke her left ankle when she landed awkwardly on the side of the trampoline. She was non-weight bearing for two months and then had to build back her strength, stability, and range of motion. Though not quite fully recovered when the world championships took place in late fall, she still competed and won a bronze medal, which secured a quota spot for Canada in the event for Tokyo 2020. In her fourth Olympic appearance, MacLennan finished one spot shy of the podium, a remarkable achievement considering that six weeks earlier she was on crutches and wearing a boot after suffering a severe ankle sprain and two torn tendons in training.

A Little More About Rosie

Getting into the Sport: Started taking trampoline lessons at age 7 and began competing at age 9… Qualified for her first World Age Group competition at age 11… Watching the Olympics on TV as a child she wanted to be an Olympian before she even knew what sport… Seeing Karen Cockburn qualify for Sydney 2000 and win a medal changed her dream to a goal… Cockburn is her role model for being a trampoline trailblazer and helping her in her own career… Outside Interests: Graduated from the University of Toronto in 2011 with a Bachelor of Physical Education and Health… Earned her Masters of Science in Kinesiology and Exercise Science at U of T in 2018… Enjoys reading, hiking, skiing, and wakesurfing… Athlete ambassador with Right to Play and Canadian Tire Jumpstart Charities… Odds and Ends: Favourite motto: “Chase the dream, love the journey”… Nickname: Rosie, E… Listens to music that puts her in a good mood before competing… Grandfather Lorne Patterson should have competed in gymnastics at the 1940 Olympic Games initially awarded to Tokyo before they were cancelled due to WWII… 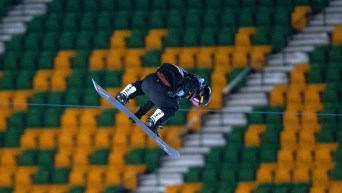