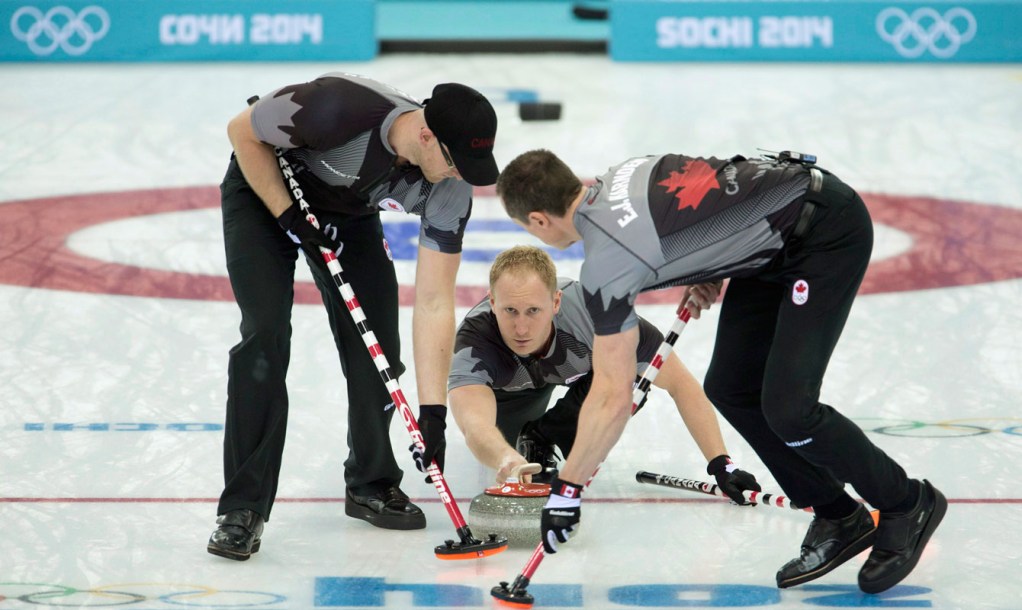 Ryan Harnden competed alongside brother E.J. on the team that at Sochi 2014 won Canada’s third straight Olympic gold medal in men’s curling. The team skipped by his cousin Brad Jacobs posted a 7-2 round robin record in Sochi, before defeating China 10-6 in the semifinal and Great Britain 9-3 in the final. They had started the Olympic tournament with a 1-2 record, but an honest team chat sparked them to run the table the rest of the way.

Getting into the Sport: Older brother E.J. Harnden is also a member of Team Brad Jacobs… Started curling at age four and began playing competitively at age nine… During their father’s practices, the two young boys would run around the ice in hockey helmets… Father Eric was a four-time Brier competitor and he always aspired to curl at the highest level like his dad… Outside Interests: Worked as a real estate appraiser before become a real estate sales representative… Certified firefighter who volunteers with Price Township but would like to become a full time firefighter in Sault Ste. Marie… Earned his Bachelor of Arts in geography from Algoma University and his business diploma from Sault College… Enjoys camping, training in the gym and travelling… The annual Team Jacobs Charity Golf Classic raises money for the Sault Area Hospital Maternal Child Care Fund and the Team Jacobs Follow Your Dream Bursary at Algoma University… Odds and Ends: Receives regular treatment for tennis elbow and a bad lower back… Began believing in his Olympic dream when the team started having success against other top teams…