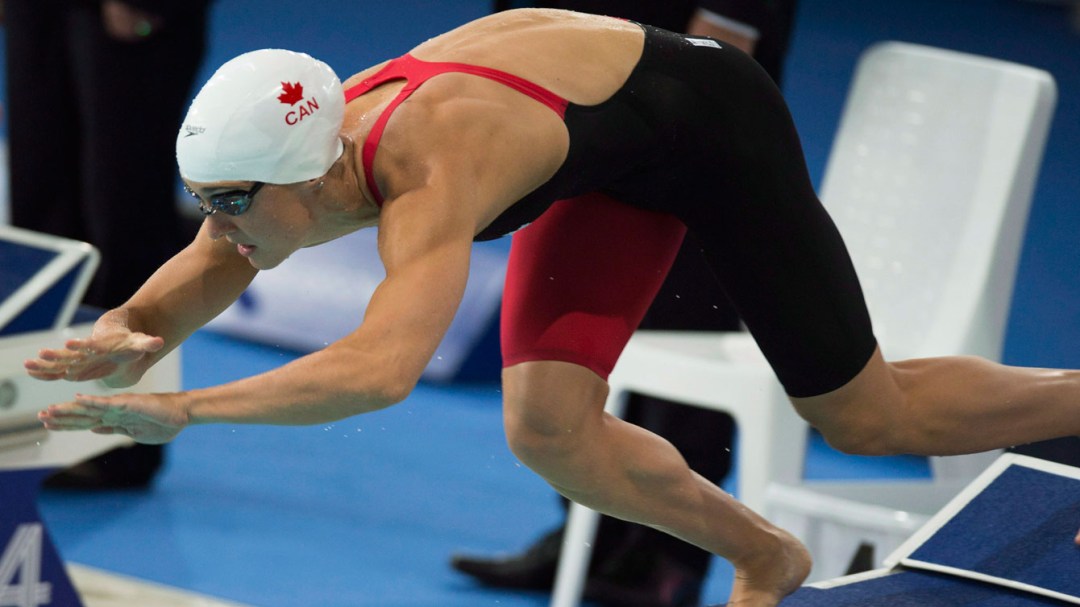 Family: Father Luc Mainville, mother Chantal Bourgoing… Older brother Julien… Younger sister Ariane has competed in junior international swimming events… Getting into the Sport: Started swimming at age 11… Was disqualified from every race in her first meet because she didn’t know the rules… Has wanted to compete at the Olympics since watching the 2008 Canadian Trials… Outside Interests: Graduated from Cégep Édouard-Montpetit in 2013 (Health Sciences)… Second year at Université de Montréal (Law)… Enjoys cooking, watching TV (especially Suits and New Girl), boating and camping… Has danced since she was 8… Loves all-you-can-eat sushi… Odds and Ends: Favourite motto: Everything happens for a reason… Favourite quote: “The people who are crazy enough to think they can change the world are the ones who do” – Steve Jobs… Always gets on the block from the left side… Nickname: Sandy…