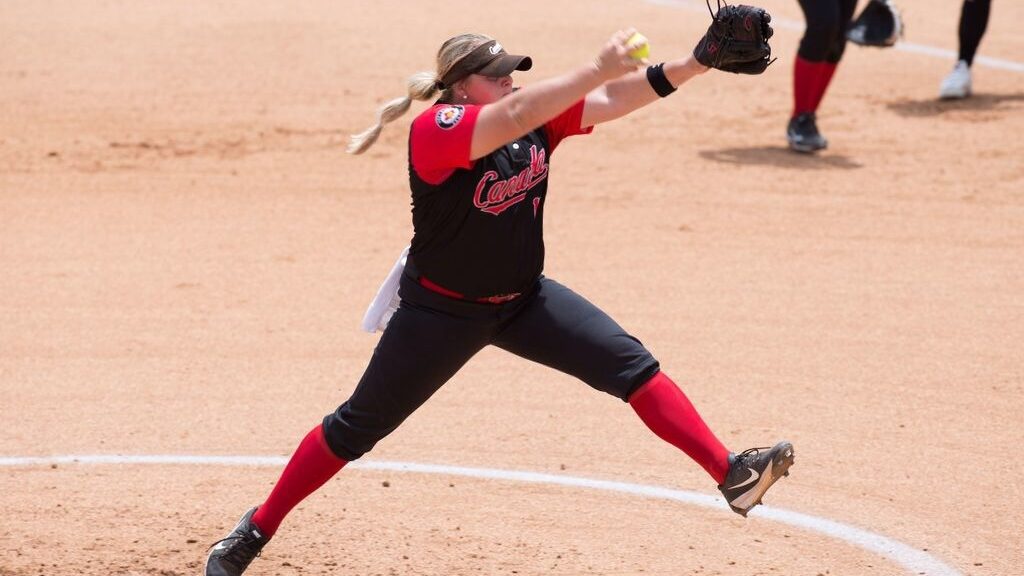 Sara Groenewegen plays high level softball while managing her Type 1 diabetes, something she has dealt with since age nine. In her first tournament with Team Canada, Groenewegen threw a no-hitter against China at the 2013 WBSC Junior World Championships. Later that year she suited up with the senior national team at the World Cup of Softball and the Canada Cup.

Groenewegen played for Team Canada at the WBSC Women’s Softball World Championships in 2014 and 2016, winning bronze at the latter. She was also a member of the gold medal-winning squad at the 2015 Pan American Games in Toronto where she pitched a complete game in the final, shutting out Team USA for seven innings. Groenewegen missed competing at the 2018 World Championships after being diagnosed with Legionnaires’ disease, a severe form of pneumonia, and being placed in a medically induced coma for 10 days.

Having made a full recovery ahead of the 2019 season, Groenewegen was back with her teammates at the Pan American Games in Lima where they won silver. A few weeks later, she started three games and posted a 2-1 record with a 0.70 ERA while striking out 11 at the WBSC Americas Olympic Qualifier where the team booked its ticket to Tokyo 2020 on the field she grew up on. In her Olympic debut, Groenewegen started three games on the mound and pitched a total of 13.1 innings during which she recorded 14 strikeouts and allowed just two earned runs as Canada won the bronze medal.

Groenewegen played collegiately for the University of Minnesota Golden Gophers where she was a three-time All-American (2014-17). In her freshman year in 2014, she led the NCAA in average strikeouts per game (11.6) and threw a no-hitter against Penn State. She now holds the Minnesota school record for career strikeouts (1214) and posted a 0.63 ERA as a senior.

A Little More About Sara

Getting into the Sport: Began playing softball at age 5, following her older sister… Was also a competitive swimmer until she had to choose between the two sports because they both becoming too intense… Made it a goal to earn a softball scholarship to cover the costs of her education… Outside Interests: Graduated from the University of Minnesota – Twin Cities with a degree in Sport Management in 2017… Began graduate school at the University of Oklahoma in 2018 before choosing to focus fulltime on softball… Enjoys spending her down time creating music playlists, cooking, going to coffee shops, being in nature, finding bodies of water because they are calming… Odds and Ends: Uncle Leo Groenewegen played 17 seasons in the CFL…