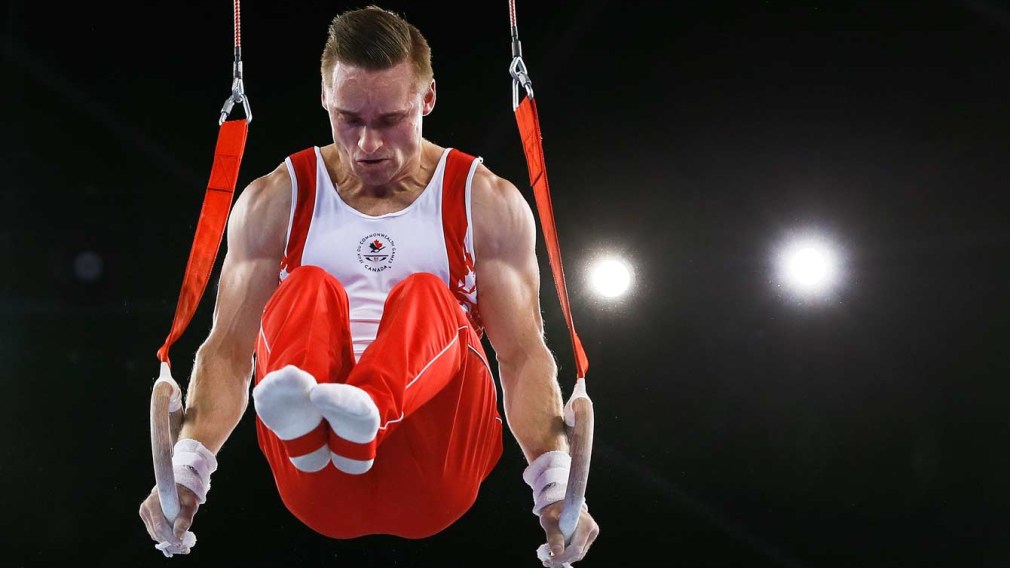 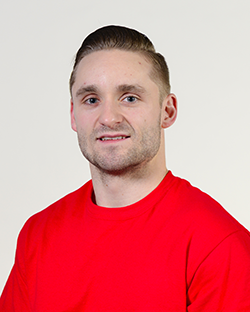 Scott Morgan was Canada’s second-most decorated athlete at the 2014 Commonwealth Games where he captured four medals, including a pair of golds. That success came nearly a year after a career breakthrough at the 2013 World Championships where he was one of the eight men who qualified for the floor exercise final, his proudest result to date. It was the first time a Canadian man had qualified for an apparatus final since Kyle Shewfelt in 2006. Morgan’s rise came after he had quit the sport for four years while in high school because he wasn’t ready to commit to fulltime training. But in 2007 he was enticed by a friend to return and within two years he was competing nationally, now specializing in the rings, vault and floor exercise events. Just two years later he made his international debut and was a member of the Canadian team at the 2011 Pan American Games. He competed at his second Pan Am Games at Toronto 2015, qualifying for the vault final while Canada just missed the podium in the team event. Morgan also had a near-podium finish at the Rio 2016 test event, finishing fourth in the vault. As Canada’s only male artistic gymnast at Rio 2016, Morgan competed in the vault, floor exercise and rings in his Olympic debut.

Family: Parents James and Carol Morgan…  Brother Robbie… Sister Holly… Getting into the Sport: Started gymnastics at age 4 because his parents wanted a way to channel his energy… Outside Interests: Enjoys auto mechanics and mountain biking… Works as a sales associate at a mountain bike retailer… Odds and Ends: Had his Olympic dreams sparked by seeing all of the international athletes walking around Vancouver during the 2010 Winter Games… At age 6 was a mini-mascot for the NBA’s Vancouver Grizzlies…