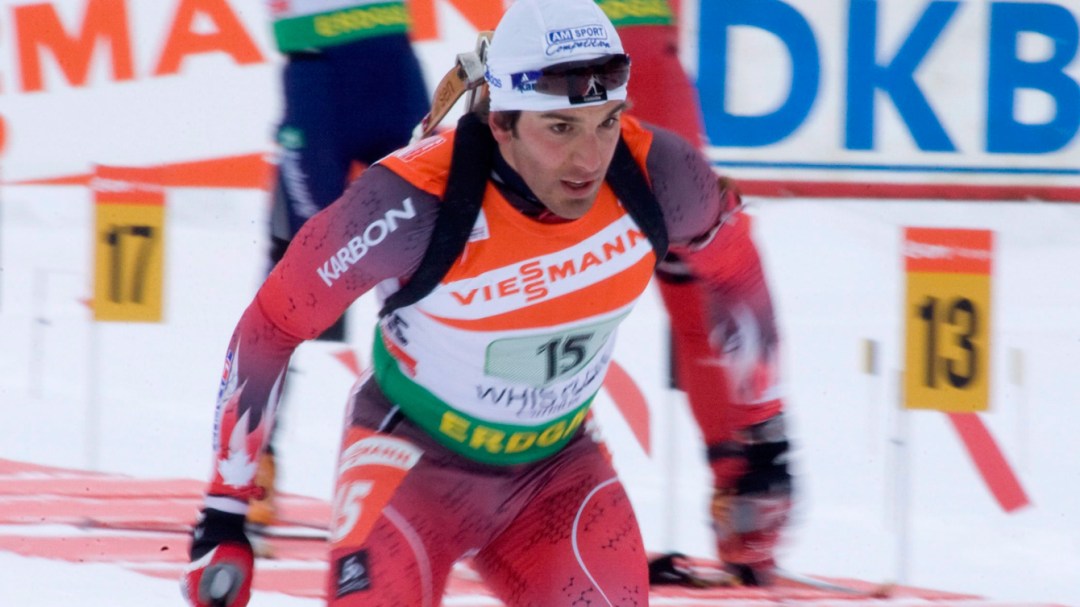 Scott Perras made his Olympic debut at Sochi 2014 where his highlight was being part of the men’s 4 x 7.5km relay squad that achieved a best-ever Canadian result of seventh place.

Perras had a career season in 2012-13, leading to him being named Biathlon Canada’s Male Athlete of the Year. He posted his highest overall World Cup ranking, earned his first top-10 finish in a World Cup event when he finished 10th in the 10km sprint in Ruhpolding, Germany on January 12, 2013 and contributed to Canada’s best-ever eighth place finish in the 4 x 7.5km relay at the 2013 World Championships.

After his introduction to a biathlon in his late teens, Perras decided to make it a fulltime commitment in advance of the 2003 Canada Winter Games. He came home from that experience with a pair of bronze medals. The next year he finished second at the Canadian championships, prompting him to move to Canmore for training at the national centre.

Getting Into Sport: After playing sports such as football, baseball and hockey, he was intrigued by biathlon as a teenager after seeing a program on the Nagano 1998 Games… Was especially interested in the shooting aspect… Did not start really training until he was 18… Outside Interests: Enjoys fishing, woodworking, camping and riding his motorcycle… Attended the University of Regina for one year before deciding to pursue biathlon fulltime… Odds and Ends: Nickname: PareBear…