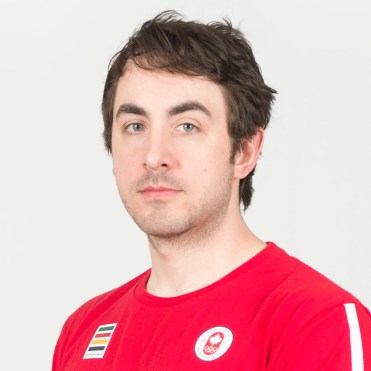 In his first international experience with Team Canada, Sean Cleary posted a 2-1 record and struck out 24 batters in 13.1 innings at the 2013 ISF Men’s World Championship. He followed that up at the 2014 Pan American Championships with a tournament-leading 65 strikeouts in 30.1 innings as he went 3-0 to help Canada win the bronze medal. He recorded a 0.47 ERA, allowing just 13 hits and 6 walks. He was named 2014 Sport NL Senior Male Athlete of the Year. Cleary has competed in six Canadian Championships, beginning in 2009, earning three gold medals, one silver medal and one bronze medal as a key component of the 3 Cheers Pub team out of Newfoundland and Labrador.

Family: Parents Joe and Lorraine Cleary… His father has been his biggest role model…  Getting into the Sport: Started playing softball at age 6 after watching his cousins play… Began in the Conception Bay Central Minor Association… Has wanted to play for Team Canada since watching the 1997 ISF World Junior Championships which were held in St. John’s… Outside Interests: Graduated in 2006 with a diploma in Instrumentation and Controls Engineering Technology… Works as an Electrical Engineering Technologist… Enjoys hockey and hunting…

Jason Hill has been part of the Men’s National Team program since 2008 as outfielder and utility player. He competed...