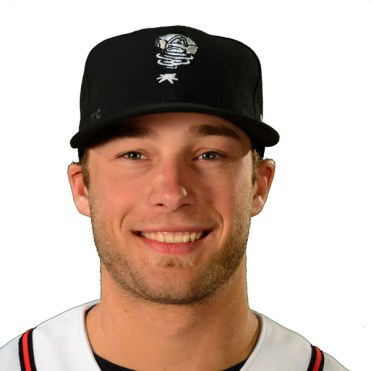 Shane Dawson was selected in the 17th round of the 2012 MLB Draft by the Toronto Blue Jays. He has spent 2014 and 2015 playing with their A affiliate, the Lansing Lugnuts. He started 10 games in 2014, posting a 3-5 record with a 3.38 ERA. He has come back from a muscle issue in his back in 2013 that caused severe pain in his left shoulder and elbow.

Family: Parents Shane and Debi… Siblings Jade and Sydney… Getting into the Sport: Started playing baseball at age 9… Was drawn to the competitive and strategic aspects… Outside Interests: Attended Lethbridge Community College… Enjoys playing guitar, basketball, video games… Odds and Ends: Writes the names of Mitch MacLean and Tanner Craswell on his cap to honour his two college teammates who died tragically in 2011…