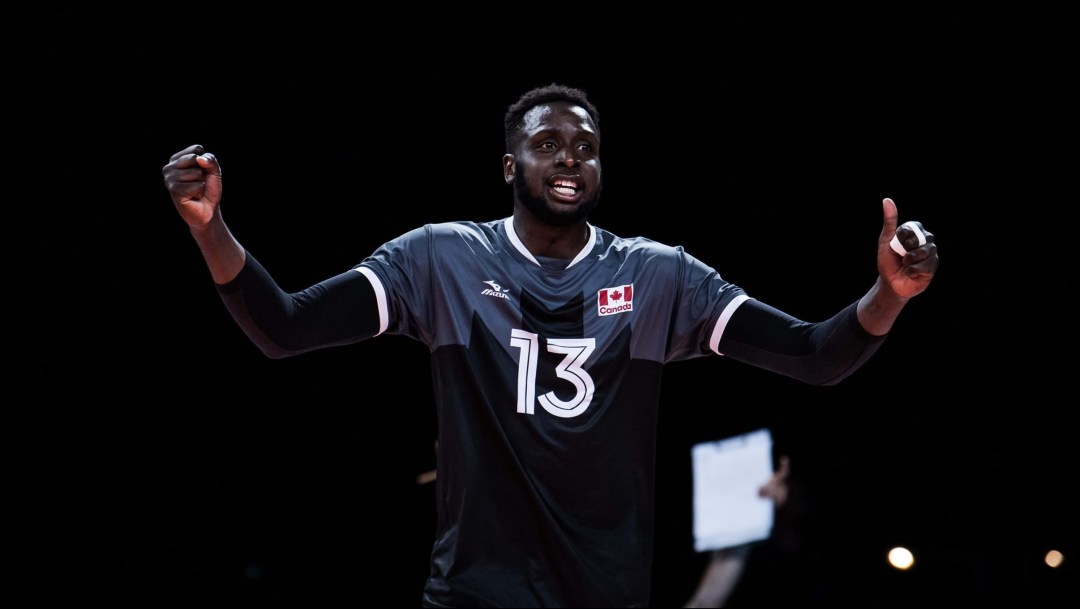 Sharone Vernon-Evans first joined the national team program at the training centre in Gatineau, Quebec when he was 18. He won bronze medals with the junior team at the 2016 NORCECA Continental Championship and 2017 Pan Am Cup. Vernon-Evans made his debut with the senior national team in the 2017 FIVB World League where Canada won bronze for their first medal ever in an international FIVB event. He capped the year by winning bronze at the senior NORCECA Continental Championship where he was named Best Opposite Spiker.

In 2018, Vernon-Evans was diagnosed with a stress fracture in his left tibia while playing professionally in Poland. He underwent surgery and five months of rehab, cutting short his season and causing him to miss the inaugural FIVB Nations League. He recovered to compete at his first FIVB World Championship. He was also part of Canada’s ninth-place finishes at the 2019 FIVB World Cup and FIVB Nations League, followed by a second straight bronze at the NORCECA Continental Championship.

In January 2020, he helped Canada go undefeated at the NORCECA Continental Qualifier as the team booked their ticket to Tokyo 2020. In his Olympic debut, Canada finished eighth after making it to the quarterfinals.

Vernon-Evans turned pro in 2017. He played a pair of seasons with Polish club Verva Warszawa, finishing second in the PlusLiga in 2019 and twice coming third in the Polish Cup. He then moved to Italy and in 2020-21 he won the Italian SuperCup with Sir Safety Conad Perugia, finished second in both the Serie A1 and Italian Cup, and took third spot in the Champions League.

A Little More About Sharone

Getting into the Sport: Started playing volleyball at age 13, practicing with his sisters team before joining the Mississauga Pakmen Club… Outside Interests: Enjoys reading, cooking, video games, playing with his dog… Would like to coach a youth team in the future… Odds and Ends: Set the national spike touch record in 2017 (12’6.5”)… Favourite quote: “I can do all things through Christ who strengthens me.” -Philippians 4:13… Inspired by NBA star Kevin Durant for being an amazing athlete who is humble and dedicated… Has a pre-game playlist that he listens to…