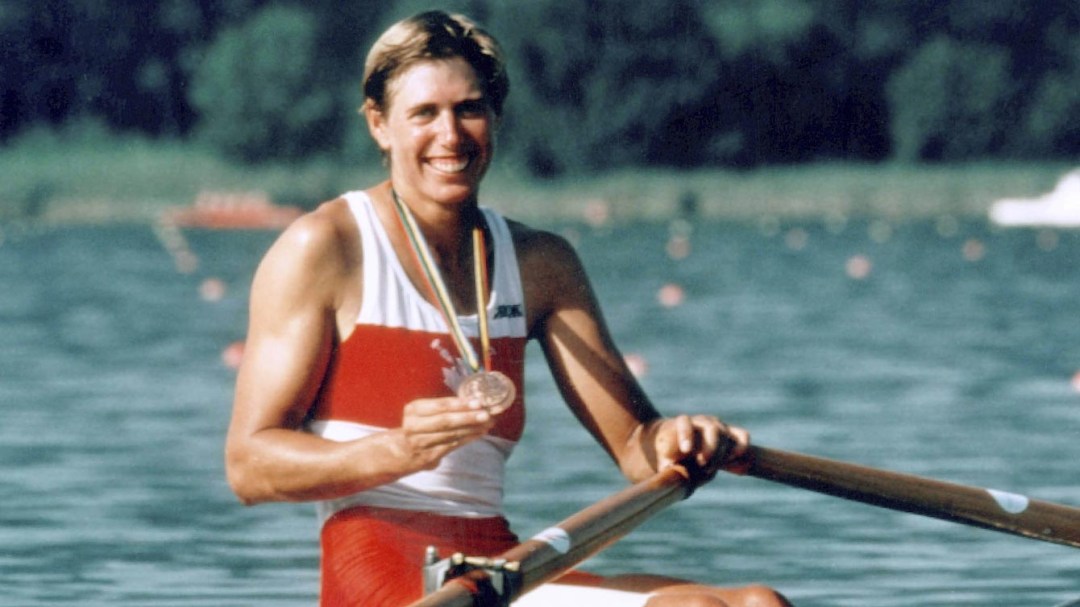 Four-time Olympian Canada’s Silken Laumann made her first Olympic appearance rowing in double sculls with her sister Danielle at Los Angeles 1984, capturing the bronze medal. After her sister retired, Laumann rowed in double sculls with Kay Worthington at Seoul 1988, but after finishing a disappointing seventh, Laumann focused almost exclusively on the single sculls.

Laumann dominated women’s sculling in 1991, becoming the world champion, and with Barcelona 1992 on the horizon, she was the overwhelming gold medal favourite. Seventy-three days prior to the Games, Laumann’s right leg was shattered in a warm-up area in Essen, Germany when a Germany men’s crew rammed into her shell. Told she would never row again, after five operations and a desire to prove her doctors wrong, Laumann arrived at Barcelona 1992 walking with a cane to her boat. She finished second in her qualifying heat, won her semifinal and gutted it out for bronze in the final, bringing tears to the eyes of her Canadian fans who had risen in the middle of the night to witness a miracle live on Canadian television. Laumann had rowed a race that transcended medals. Her courageous comeback and determination spoke to people’s imaginations and she was admired from coast to coast with legendary status.

Driven by the competition, Laumann was the gold medal favourite at Atlanta 1996. Despite a mid-race challenge in the final race of her career, Laumann finished second in the single sculls, ending her Olympic career with a silver medal, for an all-time total of one silver and two bronze.

In 1995, Laumann was once again in the limelight when a miscommunication lead to a positive drug test at the 1995 Pan American Games. She’d taken the banned substance pseudoephedrine found in an over-the-counter decongestant. The mix-up was caused when team doctors failed to differentiate between the “Benadryls”. It cost Laumann and her teammates a gold medal in the quadruple skulls, and momentarily their reputations, but she was not suspended by rowing’s international governing body.

Laumann’s mother walked across railroad tracks from East Berlin to West Berlin in 1959, immigrated to Canada after marrying her husband in 1960 and started her family, where Laumann was the second of three children. Laumann followed her sister into rowing at 17 when her early days as middle-distance runner saw her plagued with stress fractures as her legs sprouted. Inspired by Romanian gymnast Nadia Comaneci at Montréal 1976, her sister, and her teachers, Laumann was competing at world championships within a year, and within two years, she was rowing at Los Angeles 1984 with her sister.

A graduate of the University of Western Ontario, Laumann settled in Victoria and had two children who both became rowers. Her post-Olympic career included motivational speaking, personal appearances, and authoring her memoir Unsinkable in 2014. Motivated by her own personal struggles, Laumann became a passionate advocate for personal health and well-being, starting a not-for-profit project called “Unsinkable” to connect and empower Canadians to achieve better mental physical and spiritual health. 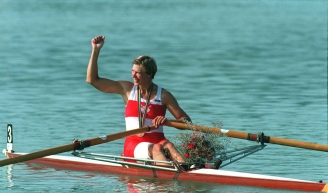