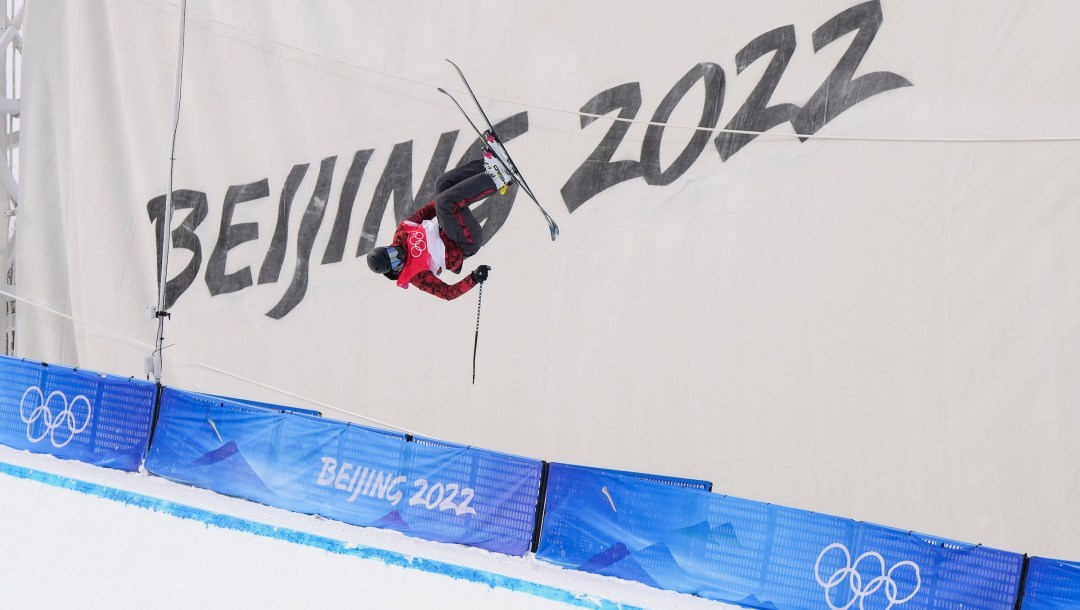 Simon d’Artois made history at the 2015 Winter X Games in Aspen when he became the first Canadian man to win the ski halfpipe event. That came a year after the disappointment of not qualifying for Sochi 2014. Until those X Games, d’Artois had no podium finishes in any major event.

But injury trouble struck later that year as he underwent surgery in June to reconstruct his left ACL, MCL and meniscus. Then in September 2016 he broke his left ankle. He returned to competition at the 2017 X Games in Aspen and went on to compete at World Cup that doubled as the PyeongChang 2018 test event. He returned to the FIS World Championships in 2017, matching his ninth-place finish from 2013.

d’Artois earned his first career World Cup podiums in 2017-18, starting with a bronze medal in Cardrona, New Zealand in September. He added another bronze in December at Copper Mountain before closing out the season with a bronze in March in Tignes, France. That helped him finish fourth in the overall World Cup standings for halfpipe. That followed his Olympic debut at PyeongChang 2018 where he missed qualifying for the final by one spot.

d’Artois had an even stronger season in 2018-19. He earned his first career World Cup victory in Secret Garden, China and finished the season with a silver medal at Mammoth Mountain to help him claim the Crystal Globe as the overall World Cup champion for halfpipe. At the 2019 FIS World Championships, he ranked second in qualifying before finishing fourth in the final, just two-tenths of a point off the podium.

He finally got his first world championship medal in 2021 when he claimed the silver medal in Aspen. He earned his sixth career World Cup medal in December 2021 when he won bronze in Calgary. In his second Olympic appearance, d’Artois qualified for the final at Beijing 2022 and finished 10th overall.

A Little More About Simon

Getting into the Sport: Started skiing at age three… Began competing in local freestyle events at age 13 and joined the Whistler Blackcomb Freestyle Ski Club when he was 15… Had always loved jumping off things and skiing through terrain parks… Outside Interests: Like to shoot photos when he’s on the road… Enjoys music production and playing piano… Music heroes include Daft Punk, Justice and Soulwax…  In the off-season enjoys biking, swimming, camping and hiking… Would like to study architecture, engineering or computer software design…