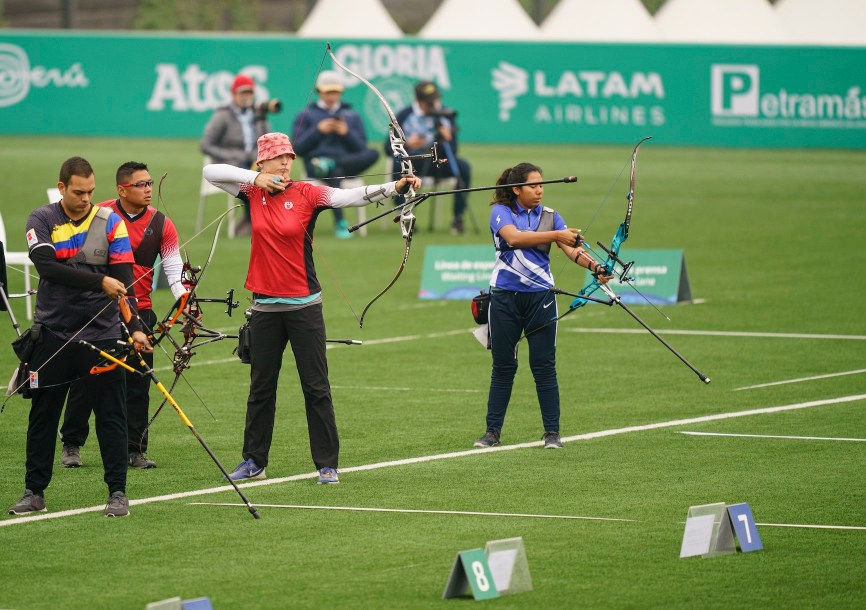 Stephanie Barrett won gold at the 2018 Canadian Field and Target Championships just two years after she first picked up a bow and arrow. She competed at her first international event, a Pan American World Ranking event, in the spring of 2019. She was selected to be part of Team Canada at the 2019 Pan American Games in Lima where she finished 17th in the women’s individual event and teamed up with Crispin Duenas for a fourth-place finish in the mixed team event. She had shot a personal best score in the qualification round to earn the seventh seed. That came about a month after she had competed in her first World Cup event in Berlin.

Because of the COVID-19 pandemic, Barrett spent most of the 2020-21 season competing in Indoor World Series Online events, recording three top-40 finishes. In her return to in-person competition, she finished fifth at the 2021 Pan American Championships in March and secured her ticket to Tokyo 2020 by winning the silver medal in the American Continental Qualification Tournament. In May 2021, Barrett tied the Canadian women’s record by shooting 652 at a World Cup in Lausanne, Switzerland. In her Olympic debut at Tokyo 2020, Barrett and teammate Crispin Duenas missed out on advancing from the mixed team ranking round by just one spot. Individually, Barrett made it to the 1/32 elimination round.

Getting into the Sport: First started in archery in May 2016 at the age of 37 and began competing in fall of 2017… Has always been interested in the martial arts and sports of medieval Europe… Competed in track and field, soccer and bowling while growing up and always had a dream of competing for Team Canada while watching the Olympics with her parents… Outside Interests: Graduated from Seneca College in 2003 with an honours diploma in Computer Programming & Analysis with a dual specialization in Software and Internet Development… Still enjoys creating/programming video games for fun, playing Dungeons & Dragons or other board games, maintaining her flower and vegetable gardens, playing guitar and doing sports such as golf, bowling and soccer… Fundraises for and participates in the annual Canadian Archers for a Cause event, which helps support breast cancer research at the Grand River Hospital Breast Centre.… Odds and Ends: Favourite mottos: “Be the person you needed” / “Steady. Strong. True”… Tries to find stickers from the places she competes for her bow case…