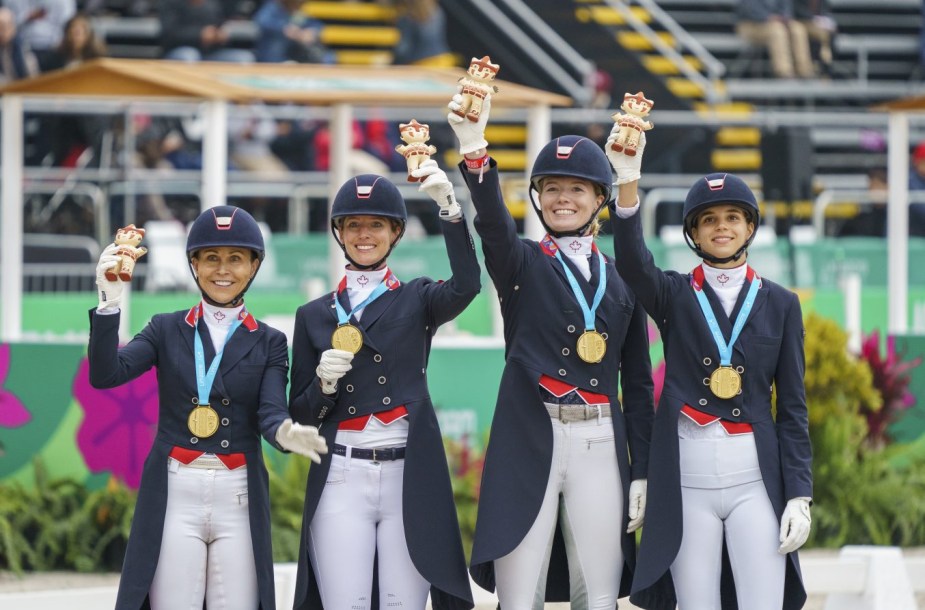 In 2007, Tina Irwin broke onto the FEI competition circuit with a splash on Amicelli, and the horse-and-rider combination made their mark on the FEI leaderboard over the next three years. Irwin then partnered with Winston, with whom she helped bring home the silver medal for Team Canada at the 2011 Pan American Games in Guadalajara. The duo returned for a fantastic 2012 season, dancing their way to first in all three CDI 3* small tour classes in Burlington, Ontario.

Irwin and Winston continued to compete together until 2012. In 2014, Irwin returned to the ring with a new partner, Fancy That. Together, she and Fancy That helped Team Canada 2 capture the bronze medal at the 2015 CDIO 3* FEI Nations Cup in Wellington, Florida.

In 2016, Irwin garnered an incredible nine consecutive wins at the small tour level with her current top mount, Laurencio. 2017 brought even greater success with five consecutive AGDF wins and a world record score in the CDI 1* Intermediate I Freestyle with 78.708%. Their performances at the 2017 AGDF led to both the team and individual gold medal in the first leg of the 2017 Nations Cup series. In recognition of such a stellar season, Laurencio was awarded the title of 2017 Equestrian Canada Horse of the Year. Irwin’s success with Laurencio continued into 2019, where back-to-back small tour wins helped the Canadian Dressage Team earn the silver medal in the CDIO 3* FEI Nations Cup.

A LITTLE MORE ABOUT TINA

Getting into the sport: Mother is Canadian Grand Prix rider… Started riding with her sister at age 4… Outside Interests: Runs Stoney Lake Equestrian with Jaimey Irwin… Enjoys spending time at the lake with family… Odds and Ends: Changed citizenship from German to Canadian at age 16… Worked at prestigious German stud farm and training centre, Gestüt Schafhof… Personal motto is, “Dreams don’t work unless you do!”

Haley Irwin has been a member of Canada’s National Women’s Team since 2007. She made her Olympic debut as part…