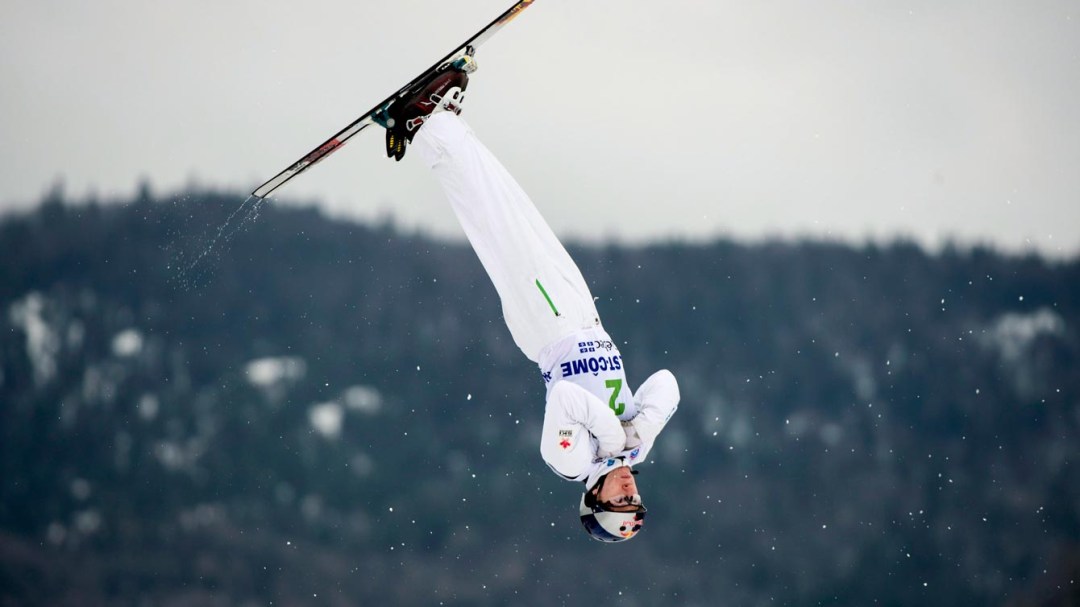 After having his 2011-12 season cut short due to injury, Travis Gerrits’ comeback in 2012-13 included breakthrough podium performances in both World Cup and world championship competition.

Gerrits had competed in just three World Cup events in 2011-12 before an awkward landing led to a torn MCL and meniscus in his right knee, ending his season.  He returned to the World Cup circuit in January 2013 and in his second start earned his first career World Cup medal, a silver.  He would add another World Cup silver to his resumé prior to the 2013 FIS World Championships.  In just his second world championship start, he captured the silver medal to maintain a Canadian podium streak in the men’s aerials event going back to 2003.

Gerrits made his Olympic debut at Sochi 2014 where he finished seventh. He first experienced the atmosphere of the Games by being a forerunner at Vancouver 2010. Just 18 at the time, he has said it was one of the coolest things he has ever done. Known for being fearless and eager to attack new tricks, Gerrits was identified as a future star aerialist eight years earlier by Nicolas Fontaine, a four-time World Cup Champion who won silver at Albertville 1992 when aerials was still a demonstration sport.

Getting Into Sport: At age two Gerrits’ parents put him in gymnastics where he developed air sense and “the passion for hucking myself in the air at a very young age”… He learned to ski at age six and shortly after that began in trampoline and competing at the national level… As a 10-year-old he competed in the under-16 category in a Big Air competition where he was spotted by Nicolas Fontaine and invited to train at the water ramp facility in Lake Placid where he fell in love with aerials… He and his brother never belonged to a club, instead skiing out of their own backyard.  At competitions they would have stitched onto the back of their coats “Back Yard Boys”… School: Studying at Stanford University in Advanced Project Management… Also enrolled at the University of Guelph working towards a Bachelor of Arts through distance education… Says that one of the biggest challenges was trying to manage his sport and finish high school at the same time as his classmates… His advice to younger athletes is to stay in school because he thinks it is important to keep the brain active and maintain balance in life… Graduated from Milton District High School… Outside Interests: Loves being outdoors and enjoys surfing, fishing and golfing…  Also likes to play around on slacklines and highlines… Odds and Ends: Motto: To be the best is not to be better than others, but to continue to better yourself…  Favourite Olympic memory is watching Nicolas Fontaine compete at Salt Lake City 2002 because it was the first time he knew someone who was at the Games… Ambassador for LEAP, a research program dedicated to children with juvenile arthritis…

After missing the entire 2013-14 season with an ACL tear, Olivier Rochon got back on a World Cup podium in…