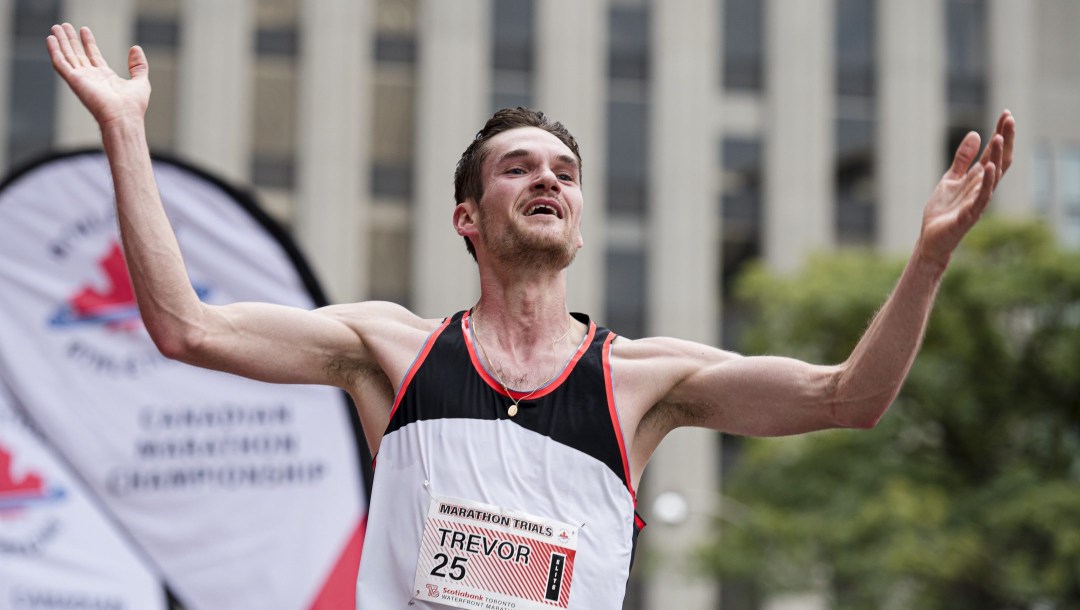 Trevor Hofbauer earned his way onto the Tokyo 2020 Olympic Team by being the top-ranked Canadian at the 2019 Toronto Waterfront Marathon, which doubled as the national trials. His time of 2:09:51 knocked almost seven minutes off his previous personal best and put him under the Olympic entry standard. He also became just the second Canadian man to ever dip under the 2:10 mark, joining national marathon record holder Cam Levins. Incredibly, he ran the race without wearing a watch – a habit he first experimented with in training that stuck – choosing instead to run on feel.

That was the second time Hofbauer had been crowned Canadian marathon champion, earning his first title at the 2017 Toronto Waterfront Marathon. He’s also been on the national championship podium in the half-marathon, winning the title in 2018 after placing third in 2015.

Hofbauer represented Canada at the 2017 World Cross Country Championships in Kampala, Uganda but his performance was impacted by a stress reaction/stress fracture in his fibula resulting from an ankle sprain that was not diagnosed until after the competition.

Getting into the Sport: Did not enjoy running track in high school but did it as cross-training for basketball, which he later lost interest in… Knew he had potential in running because he would place well at city meets without intensive training… Joined the cross country team at SAIT just to stay active… Outside Interests: Graduated from the Southern Alberta Institute of Technology (SAIT) in 2013 with a Bachelor of Hospitality and Tourism Management… Works at a running store in Calgary…

Kip Kangogo grew up in Kenya’s Rift Valley, which has produced some of the world’s best runners, including his role...