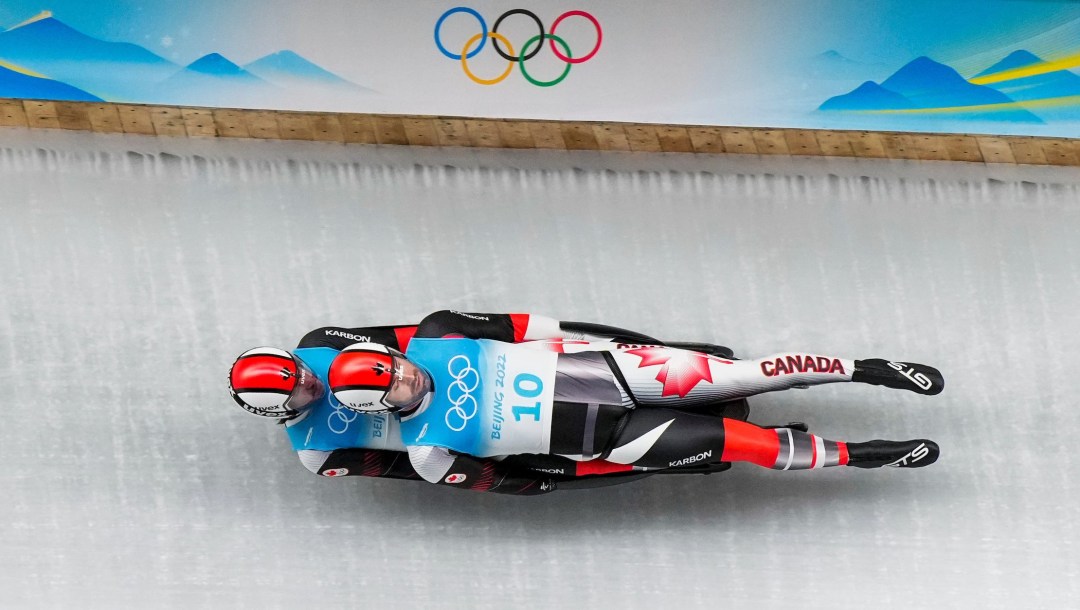 Tristan Walker and his doubles partner Justin Snith slid the anchor leg of the luge team relay at PyeongChang 2018, securing the silver medal for Canada. That put them on the podium with teammates Sam Edney and Alex Gough, just two days after the latter had won Canada’s first ever Olympic luge medal. They also posted a fifth-place finish in the doubles event.

Four years earlier, Walker and Snith were part of two of Canada’s three fourth-place finishes in luge at Sochi 2014. First, they missed the doubles podium by just 0.05 of a second for the best-ever Olympic result by a Canadian sled in the event and then had another close call in the inaugural Olympic team relay with Edney and Gough.

Walker and Snith were young and inexperienced when they made their Olympic debuts at Vancouver 2010. At 18-years-old, they were two of the youngest members of the Canadian Olympic Team, the youngest doubles team in the field, and hadn’t yet competed at a senior world championship. By the time they made their fourth Olympic appearance at Beijing 2022, Walker and Snith were the veteran leaders of a young Canadian luge team. They anchored the relay to a sixth place finish and placed seventh in the doubles.

When they were first teamed by a coach, Snith was a little reluctant. He had gotten into luge because it was an individual sport and he wanted to do something where he only had to rely on himself. But his mind was changed after they won a bronze medal in their very first Junior World Cup event in Park City, Utah. They went on to win bronze at the 2009 World Junior Championships.

Walker and Snith joined the World Cup circuit in 2009-10. in 2012-13 they posted top-10 results in each of their World Cup starts, highlighted by fourth place finishes at Lake Placid and on the 2014 Olympic track in Sochi. They also finished fourth at the 2013 World Championships in Whistler, a result that made them the 2013 Under-23 World Champions.

In January 2014 Walker and Snith earned Canada’s first ever World Cup podium in doubles, winning bronze in Königssee, Germany. They claimed another World Cup bronze in December 2014 on their home track in Calgary. But injury troubles began a month later when Snith broke his right ankle. Thinking it was only a sprain, he continued to race until the break was diagnosed and then opted not to have surgery until March 2016. In October 2015, he also tore a ligament in his knee, but managed it the best he could.

Following the retirements of Edney and Gough, Walker and Snith have taken on a mentorship role with the next generation of Canadian lugers. At the first stop of the 2021-22 World Cup season, they finished fifth in the team relay with Reid Watts and Trinity Ellis at the Olympic test event of the Yanqing Sliding Centre.

A Little More About Tristan

Getting into the Sport: Began sliding at age 10 after his parents signed him up for ski jumping, biathlon and luge camps at Canada Olympic Park… He settled on luge because it was faster than ski jumping… Luge Partnership: Snith is on the bottom while Walker lies on top and does most of the steering as Snith uses his shoulders to smooth out the sled on corners… The two are good friends off the track and know when the other needs space… Walker was helping the coaches at Snith’s recruitment camp so they joke that Walker recruited him… Outside Interests: Enjoys playing bass in his brother’s metal band, riding his motorcycle, and river surfing… Working on getting his helicopter pilot licence, and would like to pursue a career in aviation… Odds and Ends: When he was 12 he went to Canada Olympic Park to watch the announcement that Vancouver would host the 2010 Olympic Winter Games and told his dad he would go to the Olympics… Favourite Olympic memory is walking into the Vancouver 2010 Opening Ceremony… Always travels with a Canadian flag…