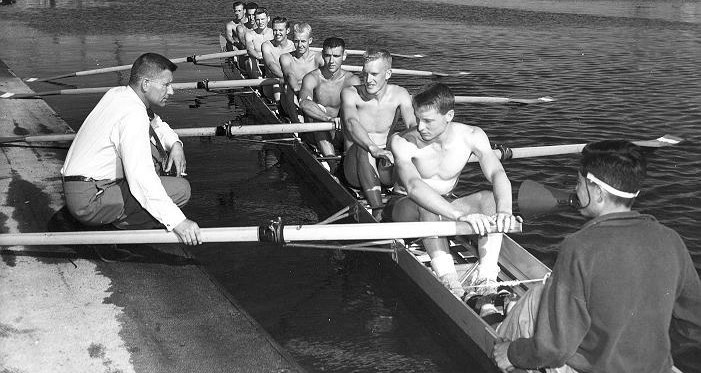 Rower Donald Wayne Pretty was a member of the University of British Columbia (UBC) eights crew that was chosen to represent Canada at Melbourne 1956. Only half of the crew had any real rowing experience and with only a year to prepare for the Games, a competitive team was rebuilt and challenged for the Olympic gold medal. Pretty won a silver medal for Canada, behind the Americans by only two seconds, with teammates David Helliwell, Philip Kueber, Richard McClure, Bill McKerlich, Douglas McDonald, Carl Ogawa, Donald Pretty, Lawrence West and Robert Wilson. Eight years later he qualified in the coxless pairs for Tokyo 1964 but was switched to the eights after Canadian teammate George Hungerford contracted mononucleosis and was unable to compete, finishing ninth. At the 1958 British Empire and Commonwealth Games, Pretty won a gold medal in the eights with a crew coxed by Sohen Biln.

Pretty grew up in Winfield, just outside Kelowna, British Columbia and lived close to teammate Don Arnold. After retiring from rowing, Pretty coached the national team, guiding them to four silver medals at the 1967 Pan American Games.