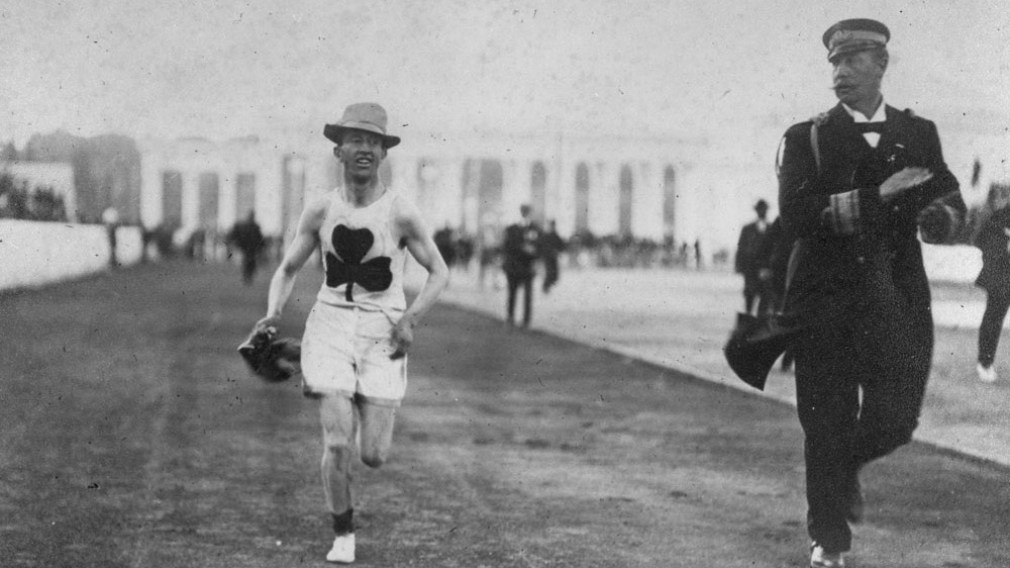 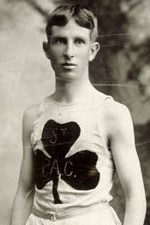 Canada’s William “Billy” Sherring was known to be one of the worlds’ greatest marathoners in the early 1900s. Once selected to represent Canada at Athens 1906, Sherring was left to his own devices to finance his trip to Greece, but working as a brakeman for the Grand Trunk Railway left him with limited resources. A local athletic club raised $90 which Sherring used to bet on a horse named Cicely, which won and paid at 6-1 odds, earning him enough money to pay for a third class, one way ticket on a cattle boat, departing in February 1906. Once in Athens, Sherring spent the seven weeks prior to the Games getting acclimatized and working as a porter at the railway station. When the Olympic marathon started, Sherring took the lead at the 15-mile mark and entered the stadium wearing a fedora, waving a Union Jack and was joined by Crown Prince George for his final lap of the stadium. He won the race (in 2:51:23.6 – over seven minutes ahead of the silver medalist), a crown cut from an olive tree, a statue of Athena and a live lamb – but no gold medal since the Games were considered “unofficial”. Upon his return to Canada, Sherring received $5000 from the City of Hamilton and another $400 from the City of Toronto.

Along with his Olympic title, Sherring’s marathon career included finishing second at the 1900 Boston Marathon, and twice he won the Hamilton Around the Bay Marathon (1899, 1903). He began his running career as a member of the YMCA Boys Club and trained at St. Patrick’s Athletic Club. Sherring inspired the founders of Panathinaikos Athletic Club (one of the two biggest athletic clubs in Greece) to use the shamrock as the team’s crest.

Upon his retirement from running after Athens 1906, Sherring worked as a Customs Officer in Hamilton until his retirement in 1942. After his death in Hamilton in 1964, the Around the Bay Road Race (one of the oldest long distance races in North America, was renamed the Billy Sherring Memorial Road Race and Hamilton built Billy Sherring Park in his honour. The province of Ontario named two new townships in New Ontario in his honour – Sherring Township and Marathon Township.