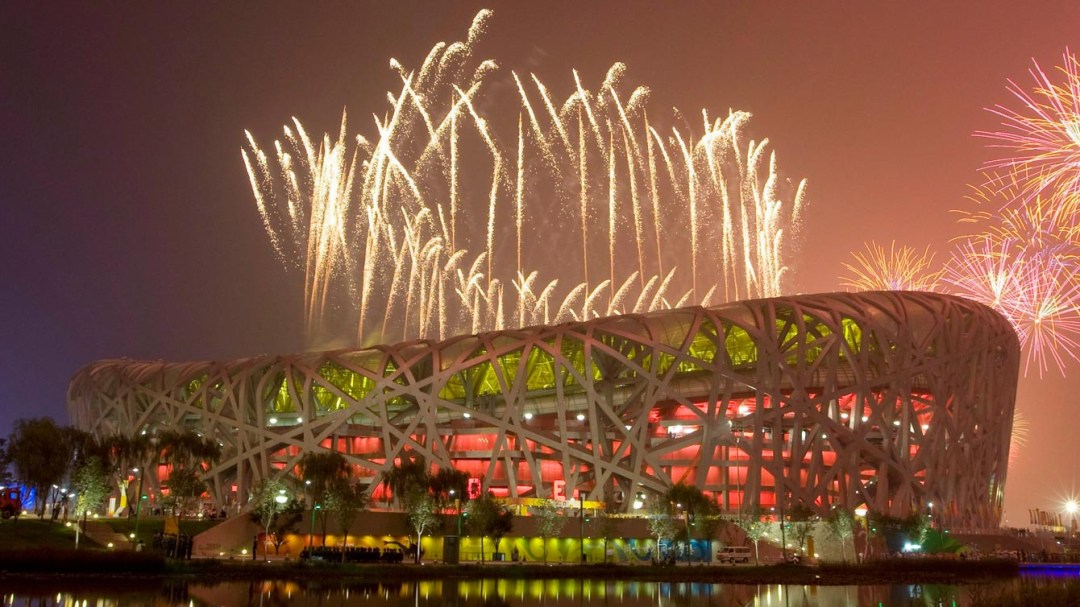 In 2022, Beijing will make history as the first city in the world to have hosted the summer and winter Olympic Games. As such, there are a few legacy venues from Beijing 2008 that will be in the spotlight once again.

Perhaps the most iconic venue built for the 2008 Olympic Games, the Birds’ Nest will again host the Opening and Closing Ceremonies. Located on the Olympic Green, it is in close proximity to the National Indoor Stadium, the National Aquatics Centre as well as the Beijing Medals Plaza. It has capacity for 91,000 spectators.

During Beijing 2008, the venue known as the Water Cube was home to swimming, diving, water polo and artistic swimming. Now home to curling, its nickname is expected to (fittingly) be the Ice Cube. Just a five-minute drive from the Olympic Village, it has capacity for just over 3700 spectators.

Another legacy venue of Beijing 2008 that can be found on the Olympic Green, the National Indoor Stadium that once was home to rhythmic gymnastics, trampoline and handball will now host Olympic ice hockey. While men’s and women’s preliminary round games will be played there, it will also be the venue for the men’s medal matches. It has capacity for more than 18,000 spectators.

In 2008, it hosted Olympic basketball. In 2022, it will be the second ice hockey venue. Hosting preliminary round matches for men and women, it will be the site of the women’s medal games. Located about 19 kilometres (15-minute drive) from the Olympic Village, it has capacity for about 9000 spectators.

This legacy venue that hosted volleyball at Beijing 2008 will now be the home of figure skating and short track speed skating. Just a 10-minute drive from the Olympic Village, it has capacity for more than 13,000 spectators. Within walking distance are separate training halls for the two sports.

This new facility for long track speed skating was built for Beijing 2022 and is located just north of the Olympic Green. It has capacity for close to 12,000 spectators and is expected to become a multi-purpose venue after the Games for ice sports and civic activities.

Newly built for Beijing 2022 is the big air venue to be used by snowboarders and freestyle skiers. Post-Games it will continue to host sports competitions as well as cultural and civic activities.