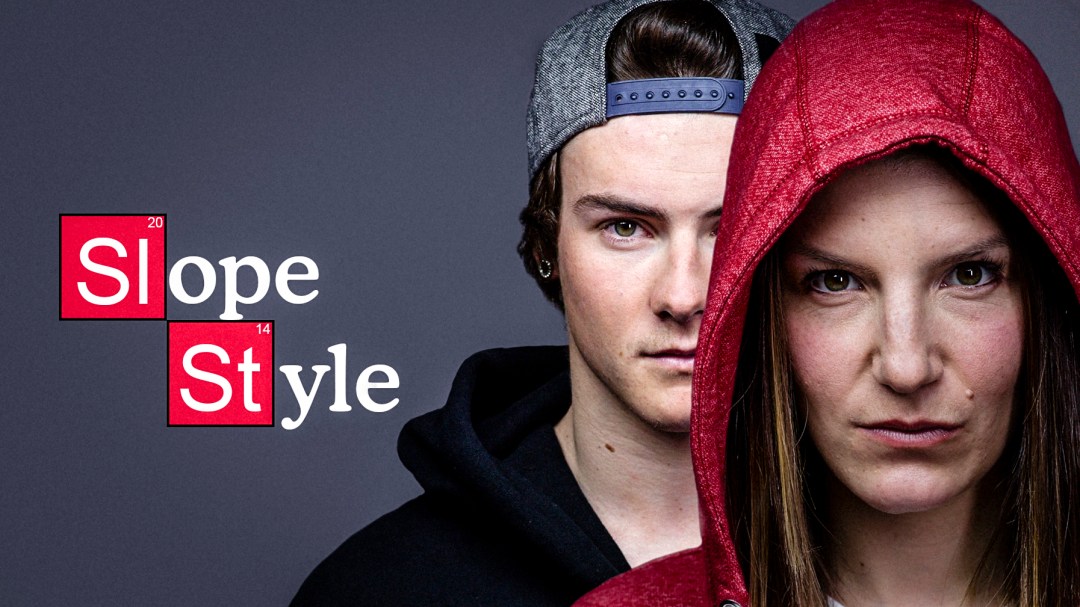 Will slopestyle be the Breaking Bad of Sochi 2014?

Part 3 in a three-part series on how action sports have influenced the Olympic landscape.

In the beginning, it was about ‘breaking’ the rules. The more it defied traditional ski-hill culture, the more fun it was. Now, as official Olympic events, it will be about ‘perfecting’ a performance within the rules.

“Such events provide great entertainment for the spectators and add further youthful appeal to our already action-packed line-up of Olympic winter sports,” stated then-IOC president, Jacques Rogge on the inclusion of slopestyle snowboard and freestyle skiing in the 2014 programme.

Your favourite TV protagonist Heisenberg suggests: ‘If you don’t know who I am, then maybe your best course … would be to tread lightly.’

See: 5 things slopestyle has in common with #BreakingBad It’s hardly been two years ago since the IOC announced on July 4, 2011, that slopestyle (ski and snowboard) would make their Olympic debuts at the 2014 Winter Games.

The IOC really wants to rejuvenate the Games, which is why halfpipe and slopestyle got fast-tracked into the Olympics, says Swedish freestyle judge Simon “Simba” Tjernström, who’ll be in Sochi to score the first Olympic slopestyle competition.

At the same time, “it can probably be debated if these sports fulfill the Olympic requirements, in terms of athletes, gender representation and countries involved,” he says.

With this kind of growth rate, though, there’s not a lot of time for debate.

“It’s so crazy to be part of something that has progressed an insane amount in such a short amount of time,” three-time X-Games medallist and snowboard slopestyle world champion Spencer O’Brien of Courtenay, BC. “Just to even see where the venues have gone … Slopestyle has seen an exciting couple of years, we’re going to see a quick progression rate.”

Canada became the first country to launch its own national slopestyle ski team, on August 24, 2011, building on a great track record in the freestyle disciplines.

The 2010 Winter Olympic Games were very much a red-and-white affair, with Canada taking more gold than any other country.

Still, associate professor at the University of Windsor Scott Martyn doesn’t think the average Canadian is quite ready to take these new Olympic sports to heart – just yet.

“Canadians have a tendency to be blinded by hockey,” he says. “Rightly so, since we often have a team in medal competition, both on the men and the women’s side.”

Martyn figures it will take a generational shift since younger people are more connected to extreme sports, having grown up with them.

Take women’s wrestling for instance, he says. “You don’t ask a bunch of grey-haired men what men’s event they are going to get rid of to make room for a women’s event.”

Women’s wrestling persevered thanks to a new generation and a lot of external pressure.

“It’s the same thing that we’re looking at now,” he says. Currently, men and women compete on the exact same courses, but in the future it is possible that female slopestyle skiers will need smaller jumps in order to more quickly excel within their sport, notes 19-year-old Emma Dahlström, Swedish slopestyle skiing queen.

“At the moment, we’re doing pretty big jumps and that is unfortunately why the risk for injuries is so high,” said Dahlström.

With risk, though, comes true progression.

“I think men’s slopestyle is going to be one of the most exciting events of the Olympics.”

We need not look further than Regina’s own Mark McMorris to find a prime example of where greatness can come from in a sport growing in high gear.

In his case: snowboard.

“I met Mark when he was 17 or 16 and he was just this kid with a couple sponsors, no one knew who he was but he was so good,” said O’Brien. “Now to see him land three triple corks, how did that happen in the last few years? He always has to be progressing. I think men’s slopestyle is going to be one of the most exciting events of the Olympics.”

But freestyle judge Simon Tjernström is a bit worried about the upcoming season, with last year’s unusually high number of injuries, especially among women, fresh in his mind. There are a lot of young people competing, and that sometimes translates into a lack of judgment, in particular when leading up to the Olympic Games, he says.

There are some growing pains as slopestyle skiing and snowboard adapt to the new contest and safety regulations implemented by the International Ski Federation (FIS) ahead of the Sochi Games.

Last April, IOC and FIS came up with the idea to have “crossover judges” at the Winter Games who could judge both freestyle skiing and snowboarding. The move, meant to cut costs and make the events more efficient, did not sit well with the athletes and the proposal was withdrawn after massive protests.

History seems to be repeating itself, according to Tjernström.

“Skiers want to be part of the Olympic Games because it is a big arena and many older skiers view the Olympics as something incredibly huge. But how does it impact the sport?”

He uses hot-dogging as an example, where people accidentally started jumping on skis and ended up having a good time. “Then, FIS incorporated moguls and that has according to many, me included, ruined the sport.”

With rules, rules, rules and rules, the focus becomes on perfection instead of on individual expression and it takes the fun out the sport, he says.

See also: 10 action sport moments that will blow your mind

“Skiers want to be part of the Olympic Games because it is a big arena and many older skiers view the Olympics as something incredibly huge. But how does it impact the sport?” Tjernström asks. “You let someone else decide over the sport who don’t have any passion invested and only thinks about the sport short term.”

Your favourite TV anti-hero Jesse Pinkman agrees: “What’s the point of being an outlaw when you got responsibilities?”

Charles Reid has been competing for more than a decade in the three freestyle disciplines of slopestyle, halfpipe and big...