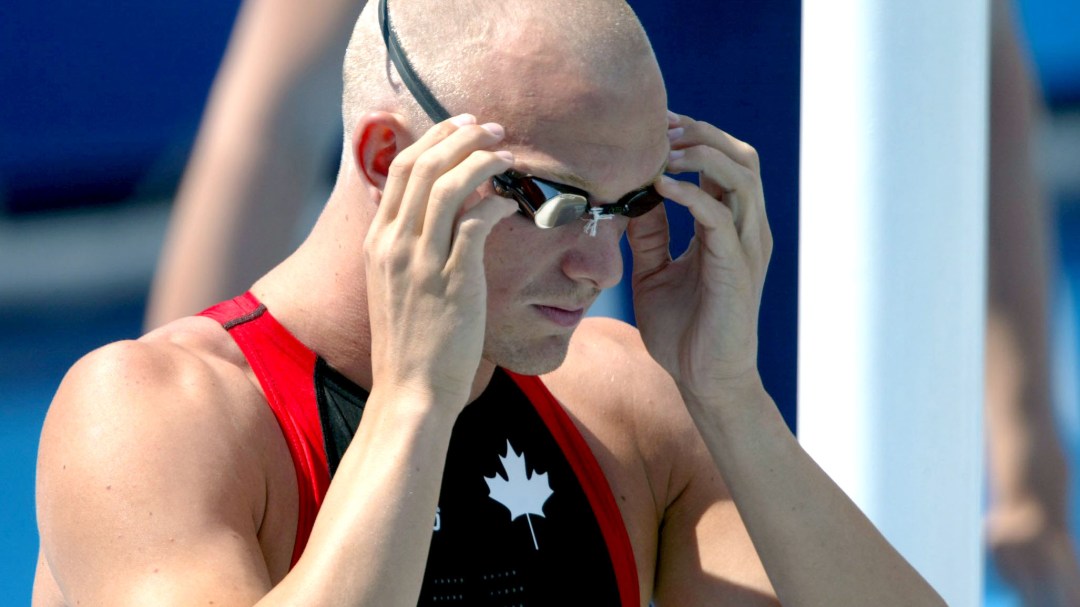 Soul Stories: How to face ‘change’ like an Olympian

Part one of a two-part series

There isn’t one particular trait that leads someone to become an Olympian.

The athletic marvels at each Winter or Summer Olympic Games result from the collection of many human abilities, of the body and the mind. A lot of effort is put toward explaining what happens at an Olympic Games. But well before the Opening Ceremony, there is the slow forging of the spirit we see manifested at the Games.

Every athlete goes through a unique combination of experiences on the way to the biggest stage. What does it take? Who does it create? These are compelling questions to which Canada’s best athletes themselves might well have some answers found in their own distinct stories.

The inevitability of change

Change is unavoidable in sport. Isn’t it the fluid nature of the games we play that make them so interesting? And the unpredictability ripples beyond the playing field.  For athletes, confronting and dealing with change is a career long reality. Rower Andrew Byrnes is both soft-spoken and thoughtful. In a conversation from his home in Victoria he clarifies his Olympic accomplishments with a sure tone, “Beijing and London, yup,” and then a quick inventory, almost like a collector, “One gold. One silver.”

In the summer of 2006, before he won either of his Olympic medals in the men’s eight, Byrnes was a 23-year-old new grad, just finished a masters degree at the University of Pennsylvania.

At the time he was a good rower, no question. At just under 6’7” and about 215 pounds Byrnes possessed a frame ideal for the sport. He was also writing a promising résumé. That year he won a bronze medal in the coxed pair at the world championships.

But cracking the Canadian men’s eight in rowing is a little like making the men’s Olympic ice hockey team. Naturally, you have to be the crème of Canada, but to do that you must be among the best in the world.

Of course despite this, Byrnes went for it. Born in Toronto and raised in upstate New York he shipped from east to west to the National Training Centre in Victoria, BC.

“It’s a bit of a leap of faith. Putting yourself on a plane and moving to Victoria is probably the first challenge you have to overcome. It’s a big move,” he says.

Byrnes owns a voice about as deep as he is tall, and he is honest about his sentiment after the move. “You first get out to Victoria and you can feel a little lost, it can be a little overwhelming. Your first year out there everybody wants to know if they’ve got enough stuff to make the Canadian national team.”

Imagine putting a whole country’s distance between yourself and everything you’re familiar with, all for a chance at one of only eight jobs in your field. For Byrnes the pressure became isolated into a singular focus.

“I bought a one-way ticket and didn’t really know what was in store for me. It was an important step in my becoming who I am now. There’s a few major periods everyone goes through, for me the next step was being on the national team. I was an athlete 365 days a year. Everything I was doing was about getting to the Beijing Olympics and winning a gold medal.”

“Our coach Mike was always drilling that in, the way to win is to work harder than anyone else in the world and that’s actually a pretty easy thing to do, I mean it’s hard on the body but a pretty clear path.”

An Olympian’s body endures a great deal. Rowers spend plenty of dreadfully cold mornings out on the water for hours at a time. Swimming is a sport much like rowing. Beyond the obvious aquatic connection, swimmers and rowers demand full body attention for the execution of their sport.

For almost three full quadrennials, Brian Johns was Canada’s best at the individual medley, carrying the legacy of three-time Olympic medallist Curtis Myden. In 2003 he ended a more than decade-long drought, becoming the first Canadian swimmer to set a world record in any event since 1997.

In the year before Athens 2004 Johns developed a serious shoulder injury. In swimming it’s more likely overuse than physical impact that causes pain. At the Games, he was able to compete in both the 200m and 400m IM, but did not advance from the heats. There was disappointment but also frustration.

“I’d say the most trying times were after Athens. I didn’t really like the sport. I had to learn how to approach it in a way that I could find daily value in it but also going towards a long-term goal. I had to really change my mindset.”

Training for the 400m IM is arguably the toughest regimen in the sport. Although Ryan Cochrane, who excels at the 1500m freestyle, might disagree with that bit, Johns was also up against the best swimmer of his generation in Michael Phelps. When the shoulder injury was diagnosed as chronic, changes had to be made.

“Prior to Athens I was training extremely hard, not particularly smart, and so I had to build a lot of tools in the sport in order to train better. I couldn’t train the volume that my competitors were doing but I had to do it better than anyone else.”

Johns’ story is an example of a major style alteration during an athlete’s career. It’s not uncommon for this to happen to Olympians, and it can be for many different reasons, not just injury.

By 2007, Johns was coming into his own. At the FINA World Championships in 2007 he won a bronze as a member of Canada’s 4 x 200m freestyle relay team and a year later in Beijing he made an elusive Olympic final in the 400m IM, without question his best Olympics.

The idea of transition isn’t new to the sport world. After all, it’s one of the few industries in which members will retire in their 20s or 30s. The amateur sport conversation has long included talk of what happens when athletes hang it up.

Experiences such as Byrnes’ and Johns’ have made sport leaders consider the importance of assisting with in-sport transition as much as transitions out of sport.

As the National Manager of the Canadian Sport Institute’s Elite Athlete Transition Program, Andrée-Anne Leroy is always eager to talk about the distinction, and also how both types of transition interact.

“There are a variety of transitions an athlete may face during their athletic career, the most common being injury, not being selected to a Games or transitioning from the junior to senior national teams.”

According to Leroy and research data, when ‘career transition’ means change during a sport career and not just leaving one, there is an accompanying paradigm shift required.

“It’s not pertaining only to retirement, in Canada that’s been the understanding and I think it’s really a misunderstanding. There are a number of career transitions that occur,” she says.

Today’s Olympic Games are more competitive than they’ve ever been and Canadian athletes are required to make bigger and more serious decisions to be successful.

While a lot depends on the individual athlete, the communities that sport naturally creates definitely help out. Amidst these stories there is usually a combination of athlete resourcefulness and outside influence.

Byrnes talks about his teammates as he recalls his move out west, “I knew some guys who were out here which helped make the transition easier.”

For Brian Johns the change from one training type to another was aided by a team of support staff, “I had to learn with the help of a sports psych, physiotherapist, trainers, so that I could maximize my swimming. That’s when my swimming really took off.”