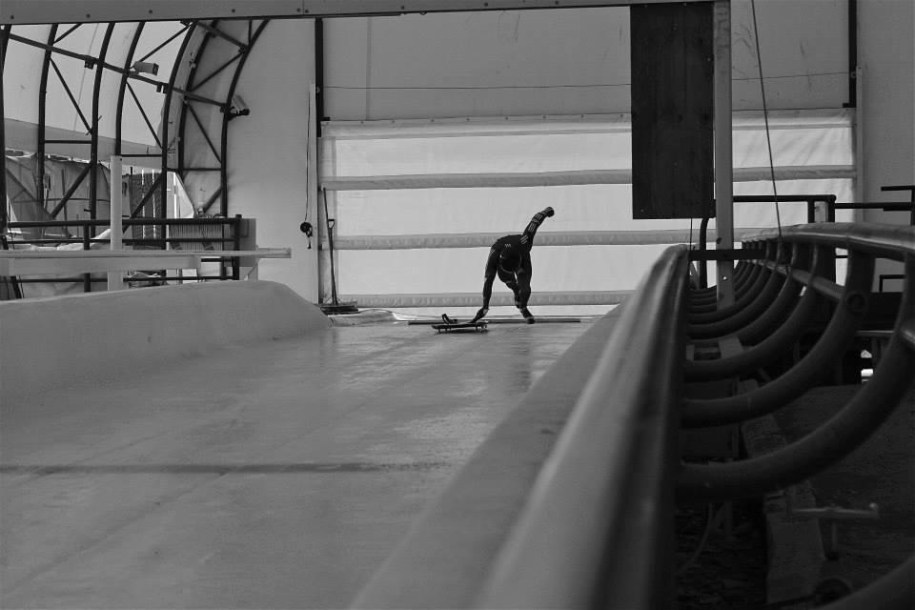 2018: Greg Rafter is sliding to a faster future in skeleton for Canada

Revealing the journey of Canada’ next generation of Olympic heroes

The 24-year-old Calgary-native actually has a videotape of his maiden race, “banging walls on the way down.”

He remembers getting to the bottom and thinking, “how do you go faster?”

It has been his biggest year to date. Rafter went from competing on the North American and the European Cup to the Intercontinental Cup tour, where he started off by teaming with Jon Montgomery.

“It was a great opportunity to slide with him as well as Mellisa Hollingsworth. Two giants in the sport, two people that I admire and look up to,” he says.

The experience paved the way for more.

“Once you get into the door, you just want to push further, you want to get those World Cup spots,” Rafter says. “You want to be back on the national team the next year and keep performing.”

The ultimate goal is to represent Canada at the 2018 Winter Olympics in Pyeongchang, South Korea.

But being an amateur athlete isn’t always easy. “I think most amateur athletes in Canada would agree that finances are one difficult part,” he says.

“I spend tens of thousands of dollars just to compete in sport. You work all summer so that you can hopefully make it through winter,” Rafter explains, who has worked with the City of Calgary’s Parks Department for seven seasons and also been a strength coach for hockey teams.

“There’s always a question – can I do this race, can I do that race?”

The Canadian Olympic Skeleton team recently competed in the last World Cup of the season and offered Rafter a spot.

“I had to turn it down because I didn’t have the finances to fly over there,” he says.

“It’s a challenge for everyone in our program. The funding is, and has always been, as long as I’ve been in the sport, a major factor and even just the ability to do the sport.”

In a country where hockey could be considered religion, smaller sports have a harder time stealing the limelight.

“We have a multi-million facility in our backyard here in Calgary and if I told someone on the street that I do skeleton, eighty percent of the time they say what’s that?” he says. Rafter defines skeleton as, “a blend of absolute explosive speed and power mixed with this Zen-like relaxed composure.”

“I just think it’s disappointing some times because I look around and see the quality of the athletes, I see some of the best athletes in the world, we are all full-time weight lifters, we are all full-time sprinters – just to have this immense talent that people don’t necessarily understand and note there in the sport.”

A common misconception is that the speed is the draw. It’s the G-Force.

“140 km/hrs is fine but when you do head into a banks turn, like if you enter a big corner that’s where the intensity of the sport comes from,” he says.

Rafter thinks changing the public persona of skeleton begins with exposure and at grass-roots level.

“I think it starts at getting people out and developing a passion for the sport so that when they might see it on TV, on YouTube, they understand what’s going on,” Rafter says. “They just don’t see someone sliding on an ice track.”

“If you understand the techniques, the intricacies that are there – all of a sudden it becomes a whole new world of sport.”