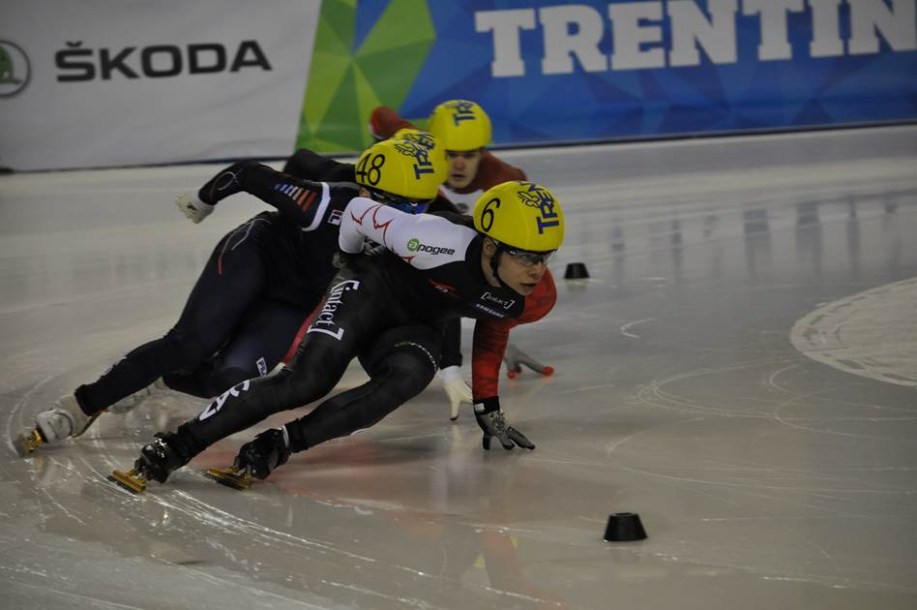 Yoan Gauthier: A Passion For Speed

As far back as he can remember, even before he knew how to skate, Yoan Gauthier liked to race. He happened upon speed skating when he was only six years old at the oval in his home town of Rivière-du-Loup, where he saw a skater with long blades doing a few laps. Seeing how fascinated he was by the skater and knowing his passion for speed, Yoan’s parents enrolled him in the reputable Les Loupiots speed skating club. Just a few weeks later, he would win his first medal and, since that day, he has found happiness on the track. The 20-year old skater is a member of the short track developmental speed skating team. He was very excited about the offer extended to him in 2014 to join the team, since it also meant regular financial support. He did not exactly steal the position, as he was brave enough to make a number of sacrifices very early on in his career. A few years ago, the Lower St. Lawrence native made the hard choice to leave his region and his family and close friends to be able to train with the best coaches and athletes at the National Short Track Speed Skating Centre. Like many amateur athletes, he shows unwavering discipline and must endure some 15 training sessions a week, in addition to taking courses in theoretical science at Cégep. Everything has happened so fast since he won a Canadian title in 2009-2010, and he is developing at a mind-numbing pace since beginning to train with elite athletes.

Yoan Gauthier could be one of Canada’s next generation of Olympic heroes. Donate now to help athletes like him achieve their Olympic dreams.

If Yoan earns a spot on the short track speed skating team, it’s in part due to the support of his parents who believed in him and his sponsors who could see his potential as an international athlete. There are several people who had a part in his success and he can’t thank them enough or say enough good things about them. The support he receives from Premier Tech, Hydro-Québec, Petro Canada, among others, enables this athlete to purchase his customized skates as well as those pricy long blades, but as well to tackle many unavoidable expenses, like the sharpening kit and travel expenses incurred to attend numerous events. There is no end to the excitement this avid racer brings us.