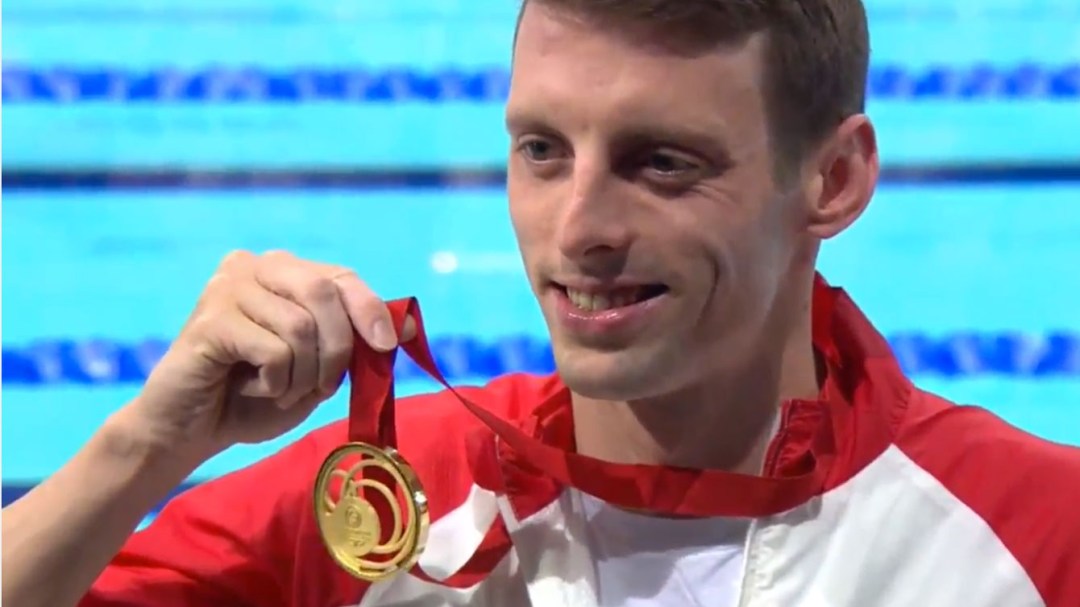 Canada kicked off the opening day of competition at the XX Commonwealth Games with a couple of medals, including a major highlight – a gold and national record – for Olympian Ryan Cochrane.

McKeon had led for most of the race until Cochrane passed the Aussie in the final 25 metres.

Cochrane’s 400m free clocking, breaking his own previous Canadian record of 3:44.85 set at the Beijing 2008 Games, was the fastest in the world this year. He now has three Commonwealth Games gold medals, adding to his double from Delhi 2010. Still to come in Glasgow is his speciality, the 1500m freestyle.

That wasn’t Canada’s first medal of the Games, however. Kirsten Sweetland gave Canada its first taste of the podium in the women’s triathlon on Thursday with a silver medal.

Wow!! Silver medal at the Commonwealth Games!! Thanks everyone for the amazing support!!

Sweetland – who has struggled with injuries for many years after emerging as a junior world champion in 2006 – finished with a time of 1:59:01, five seconds behind England’s Jodie Stimpson but 10 seconds ahead of another English challenger, Victoria Holland. Recently, Sweetland marked her return to form with a World Triathlon Series bronze medal.

By placing, Sweetland gave Canada its third ever triathlon medal at Commonwealth Games. Simon Whitfield and Carol Montgomery both won gold in 2002.

Canada could potentially double its medal count in the pool on Thursday, with a team in the women’s 4x100m freestyle relay set to compete.

A three-time Olympic bronze medalist, Curtis Myden was one of Canada's best swimmers in the 1990s. After winning two individual…