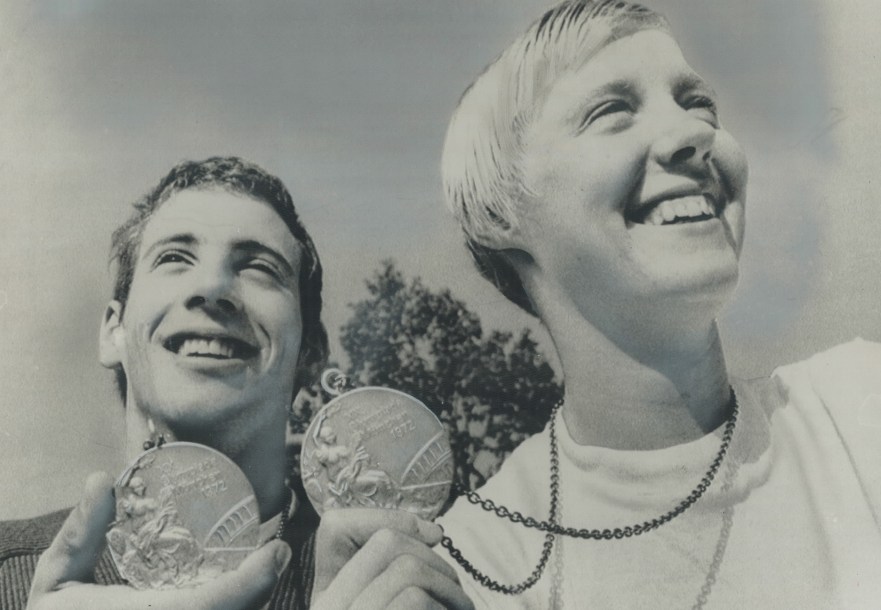 At Munich 1972, Canada’s Leslie Cliff won the silver medal in the 400m individual medley (IM), in a race where all three medalists finished inside the previous world record. It was one of the five medals won by Canada at these Games.  Entered into six events at Munich 1972, Cliff finished fifth in the 200m IM, seventh in 4x100m freestyle and medley relays and eighth in the 200m backstroke, only failing to make one final (100m butterfly).

Cliff made her international debut at the 1970 Commonwealth Games. The following year at the 1971 Pan American Games, she won three gold (200m IM and 400m IM, 4x100m medley relay) and two silver medals (100m butterfly, 4x100m freestyle relay) – her achievements immediately recognized when she was made an Officer of the Order of Canada. Her last major international event was at the 1974 Commonwealth Games where she won the 200m IM and 400m IM double. In her eight national championships appearances, Cliff competed in 52 finals, winning 33 medals (14 gold, nine silver, 10 bronze). Over her career, Cliff set 28 national records (16 long course, 12 short course).

A long-time member of the Canadian Dolphins Swim Club under the direction of coach Derek Snelling, Cliff retired from international swimming in 1975. She graduated in 1979 with a Bachelor of Science in Finance from Arizona State University where she was a member of the varsity swim team. Cliff pursued a career as a stockbroker and portfolio manager, was an honorary chartered accountant, and co-founded Genus Capital Management in Vancouver in 1989. She served on the boards of the Canadian Sport Centre Pacific and York House School and is a past Chair of the Insurance Corporation of British Columbia (ICBC) Investment Committee. Cliff married lawyer Mark Tindle, a varsity tennis player at Louisiana State University, and had two children who were both athletes.