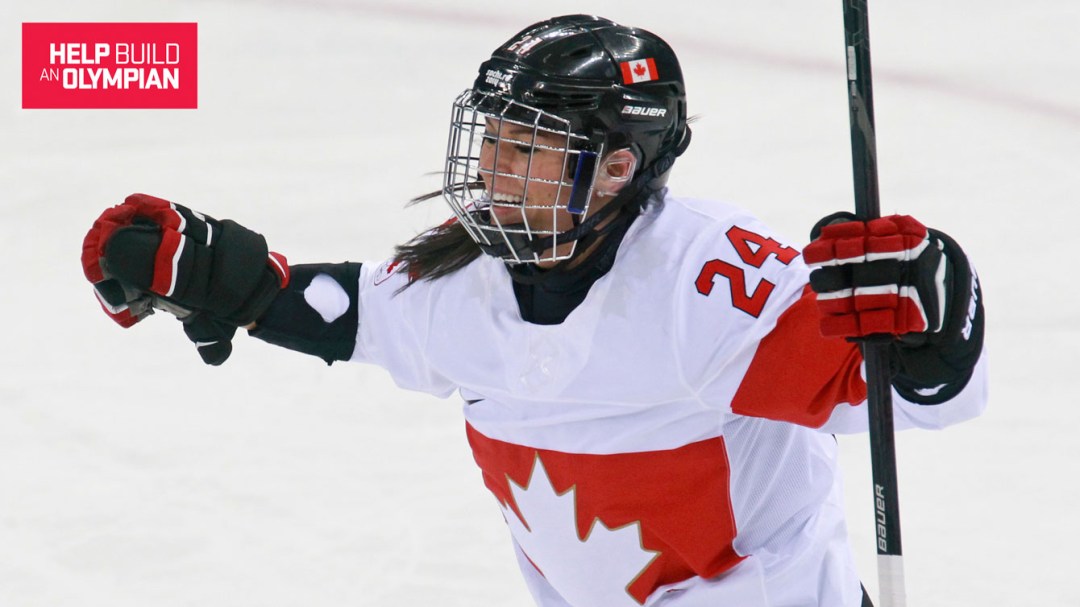 More than a spoonful: Spooner on nutrition

An Olympian’s journey to the podium requires a solid foundation to be developed in the off-season in order to perform and compete with the top athletes in the world come time for the Olympic Games. Daily training, year-round coaching, proper nutrition, breakthroughs in technology in sport science, national and international competitions, and state-of-the-art equipment are all essential in propelling our athletes to the top of the podium. 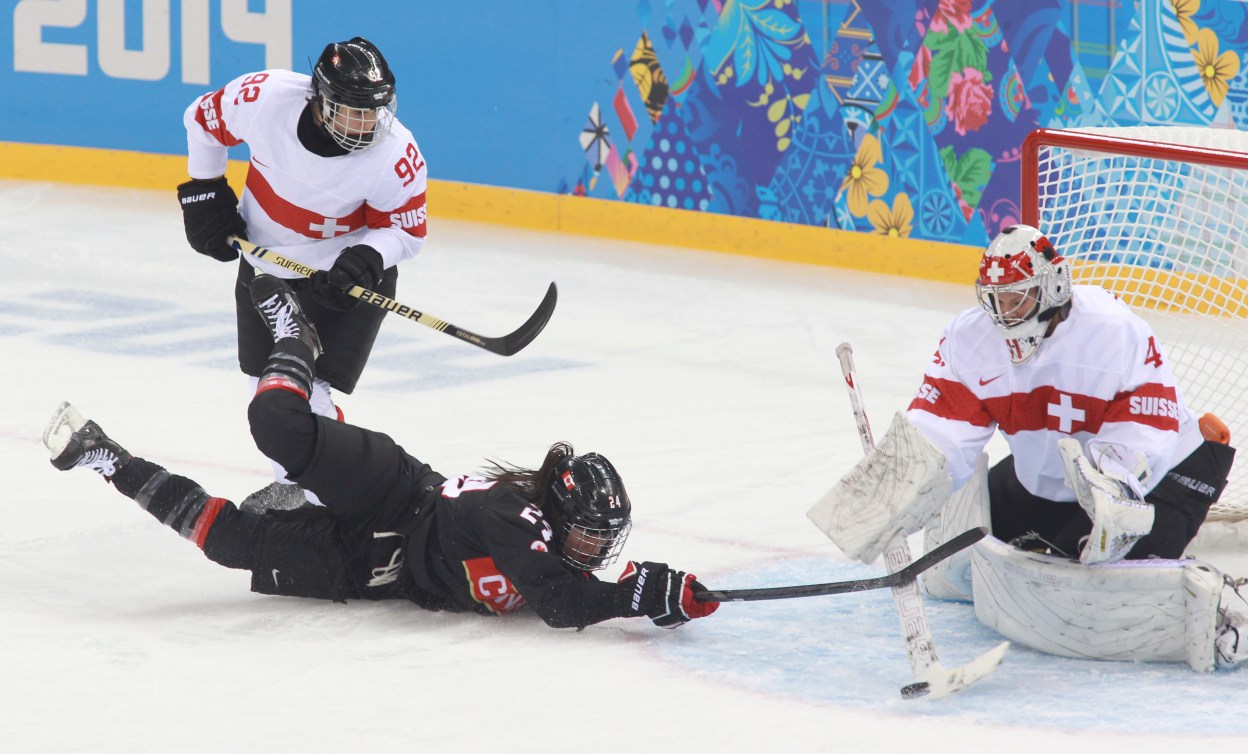 You are what you eat. Few people know this better than Canadian Olympic women’s ice hockey forward Natalie Spooner. The 24 year-old has been a member of the national program since 2007 and credits proper nutrition as a key part of her team’s success in Sochi.

“Our motto heading into the Sochi Games was ‘get comfortable being uncomfortable’. The idea was that if we could perform on the ice while we were exhausted from training so hard, then we could certainly perform when medals were on the line.”

In August 2013, Natalie picked up from her hometown Scarborough and moved to Alberta to train out of the Canadian Sport Institute Calgary. For five months, the team spent nearly 12 hours a day at the rink. Beginning at 7 a.m. and lasting until 7 p.m., the training consisted of a mix of on-ice drills, dryland workouts and cardio. Nutrition was a key component to maintaining the aggressive schedule.

“Athletes need a lot more calories than the average person. It’s key to all parts of a work out, from fueling your body, to building muscle to ensuring proper recovery,” said Natalie. 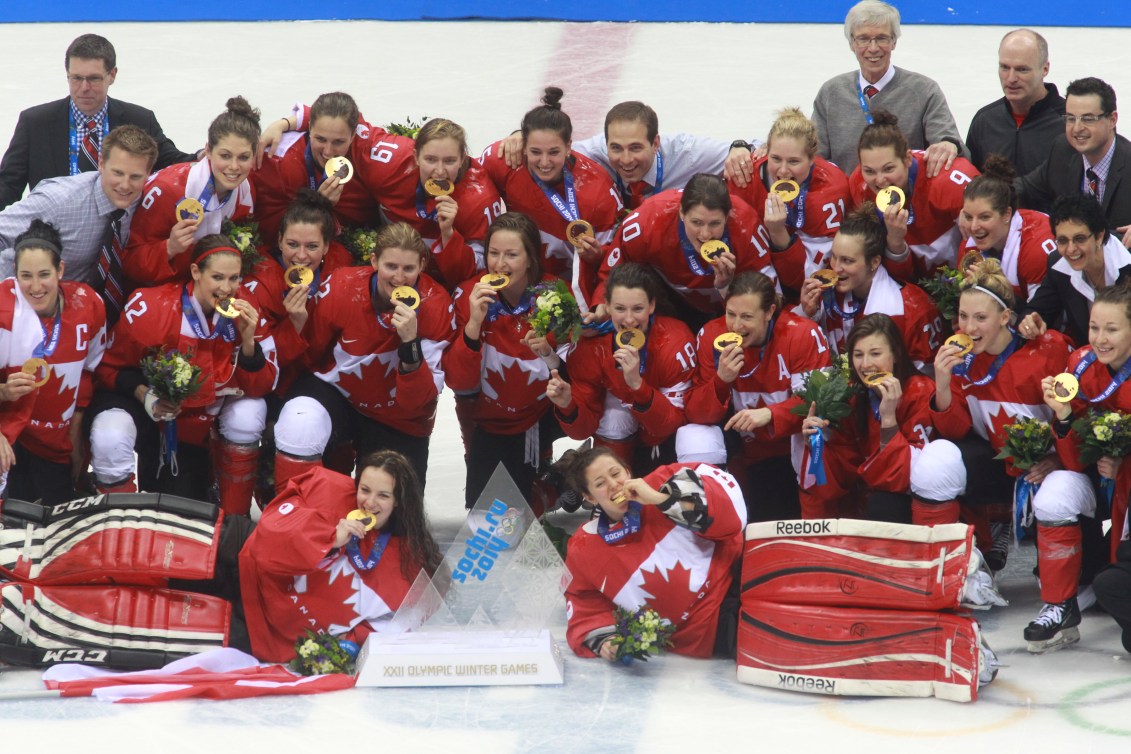 Team Canada members were responsible for cooking their own breakfast and dinner, but snacks and protein shakes were made available at the rink. Training camp lunch was often provided by Fuel for Gold – a nutrition program based out of the University of Calgary. With a menu prepared by dieticians and professional chefs, Fuel for Gold provides freshly prepared, nutritious meals to athletes and students, with proceeds directed towards supporting Canada’s athletes at the Canadian Sport Institute Calgary.

Despite the help, eating large volumes of nutritious food is difficult on a tight training budget.

“Eating healthy is expensive. Without adequate funding, it’s hard to purchase high-quality, nutritious foods. If you’re not fuelling your body with the right foods, you could be fuelling it with the wrong foods.”

A self-proclaimed sweet-tooth, Natalie keeps her pre-game menu pretty straightforward. Like many of her teammates, she chooses a lean protein, usually chicken, with pasta or brown rice and a large helping of vegetables. She’s also very mindful of staying hydrated. 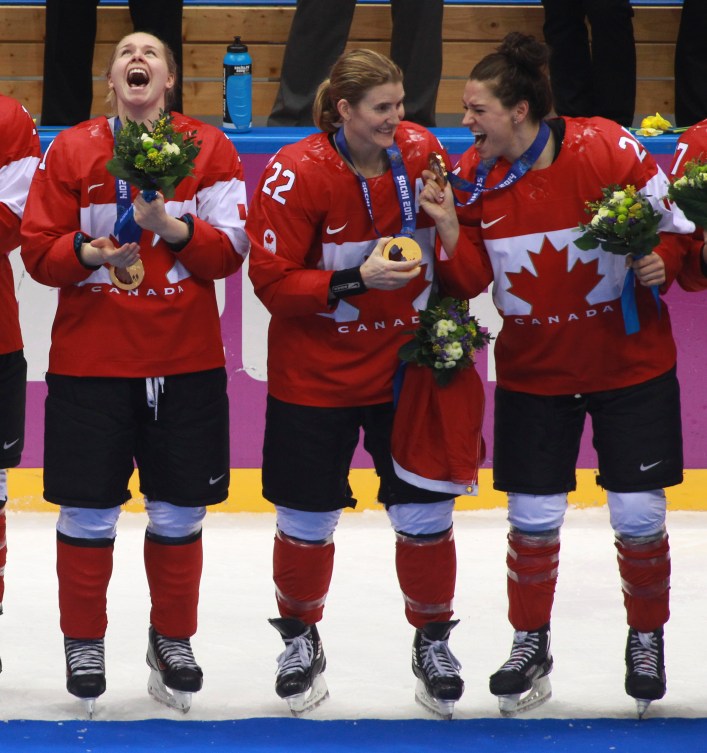 “In January 2014, when we traveled across Alberta playing exhibition games against boys, we’d often have a pre-game meal as a team. It’s standard to eat about three hours before a game, with maybe a small snack a little bit closer to the whistle,” Natalie said. “By this time, we had tapered down our training hours, but the scheduling was just as exhausting given all the travel we were doing.”

Natalie’s interest in nutrition and health spans beyond her experience as an athlete. A decorated student-athlete at Ohio State University, Natalie graduated in 2012 with a degree in food science and nutrition, in the pre-med track.

“I always loved the sciences,” said Spooner. “Nutrition appealed to me because it was a great fit between my educational interests and my athletic career.”

For the foreseeable future, Natalie plans to focus on her hockey career. She’s a top forward on the Canadian Women’s Hockey League’s Toronto Furies and maintains her commitment to the national team.

“Winning the gold medal in Sochi was an incredible experience. The entire process leading up to the Games was the hardest I’ve ever worked, but it was completely worth it. It showed me the effort that’s required to be a gold medallist,” said Natalie. “Looking ahead, I’d love to grow my role on Team Canada and be a top player in Pyeongchang in 2018.”

Having made her Olympic debut at Turin 2006 as a 17-year-old, Audrey Robichaud returned to the Olympic Winter Games at…