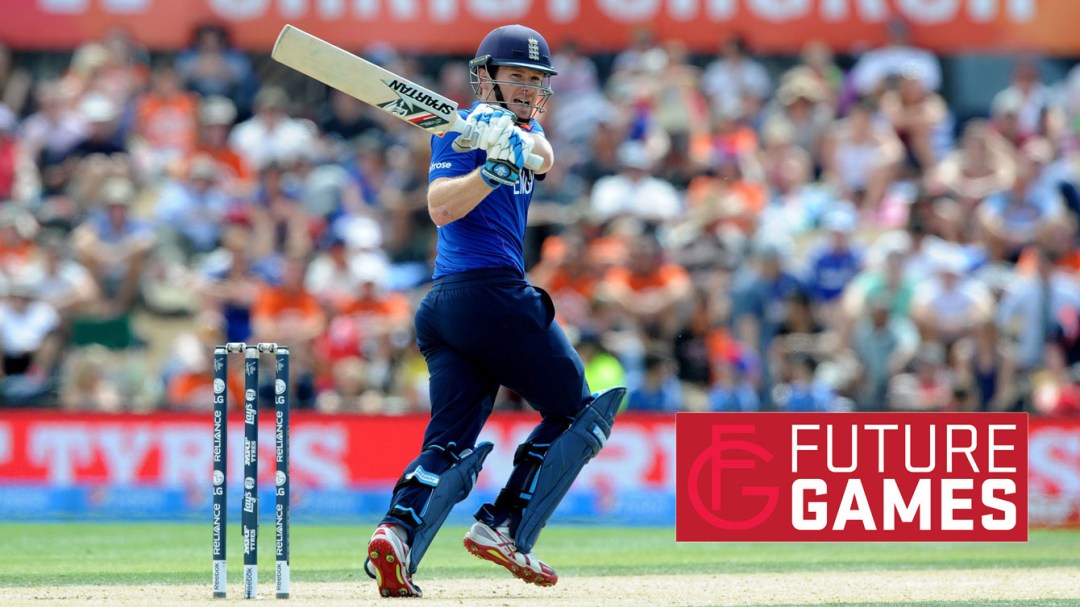 Will cricket ever return to the Olympic Games?

Possibly the second most popular sport on the planet, cricket made its one and only Olympic appearance at the Games of the II Olympiad (Paris 1900).

Since then the sport has grown in abundance. It is played competitively at a high level on five continents, something very few sports can claim with convincing validity; its global following is massive, well into the billions with the significant aide of the world’s most populous democracy, India; and its commercial appeal is attached to several billion dollars in rights and sponsorships at various club and international levels.

Given cricket’s impressive figures, one wonders if it will ever return to the Olympic Games?

“The short answer is No,” said cricket writer Rick Eyre over email correspondence from Australia.

Eyre, a former editor and producer for Cricinfo – the cricket-mad website now under ESPN’s umbrella – feels there isn’t conviction among cricket’s elite to make what is an Olympic dream for many of its fans, into a reality. 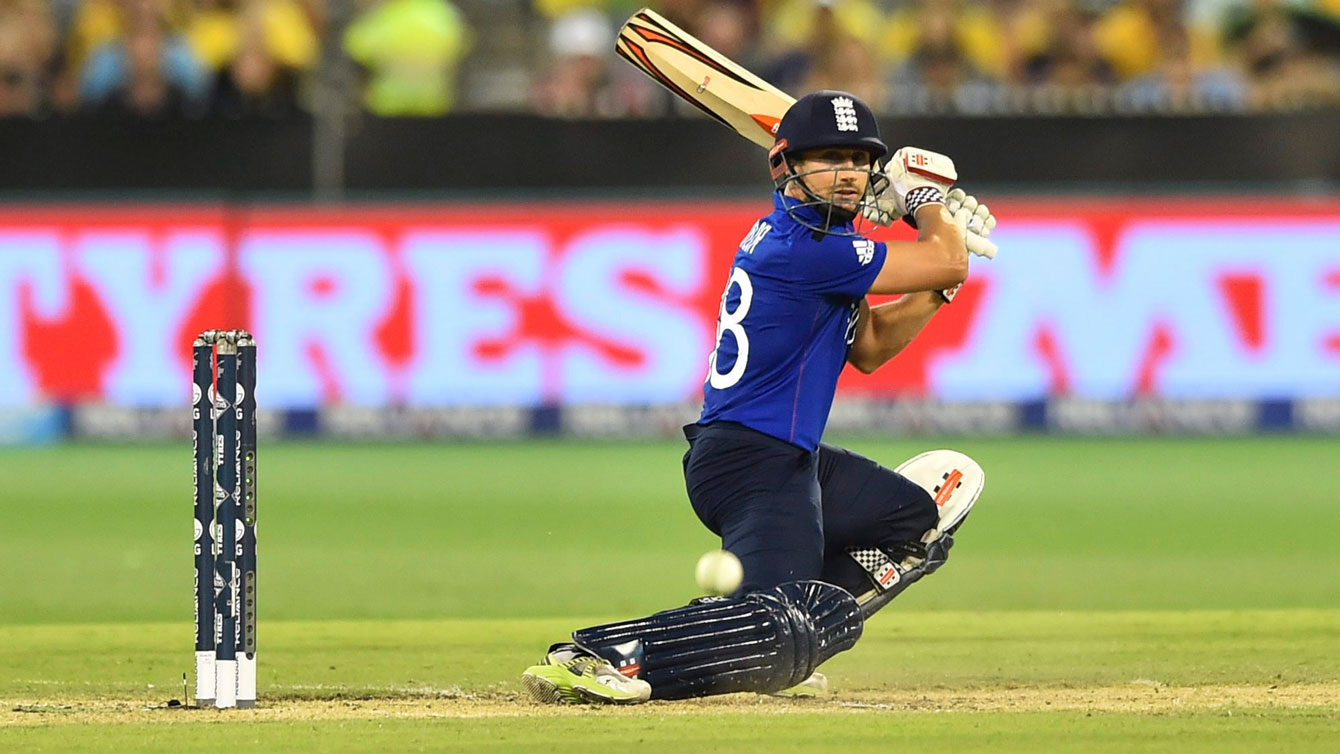 “The primary obstacle is the attitude of the sport’s governing body itself,” Eyre wrote. Responsibility for the game falls on the International Cricket Council, which is currently hosting the sport’s quadrennial World Cup in Australia and New Zealand.

“(ICC has) never shown any serious inclination to propose cricket as a sport at the Olympic Games. I believe the main reasons for this are commercial. They do not want to give up space in the international calendar for an Olympic event for which they would not have full control, and would not obtain a substantial share of revenue.”

That type of reasoning may sound familiar to those following the ongoing negotiations between the National Hockey League and the International Olympic Committee about NHL players’ inclusion at the Winter Games. But while ice hockey has potential new fans and revenues to discover in lands beyond its small but wealthy comfort zone – North America and Northern Europe – the ICC knows cricket already has conquered much of the globe. 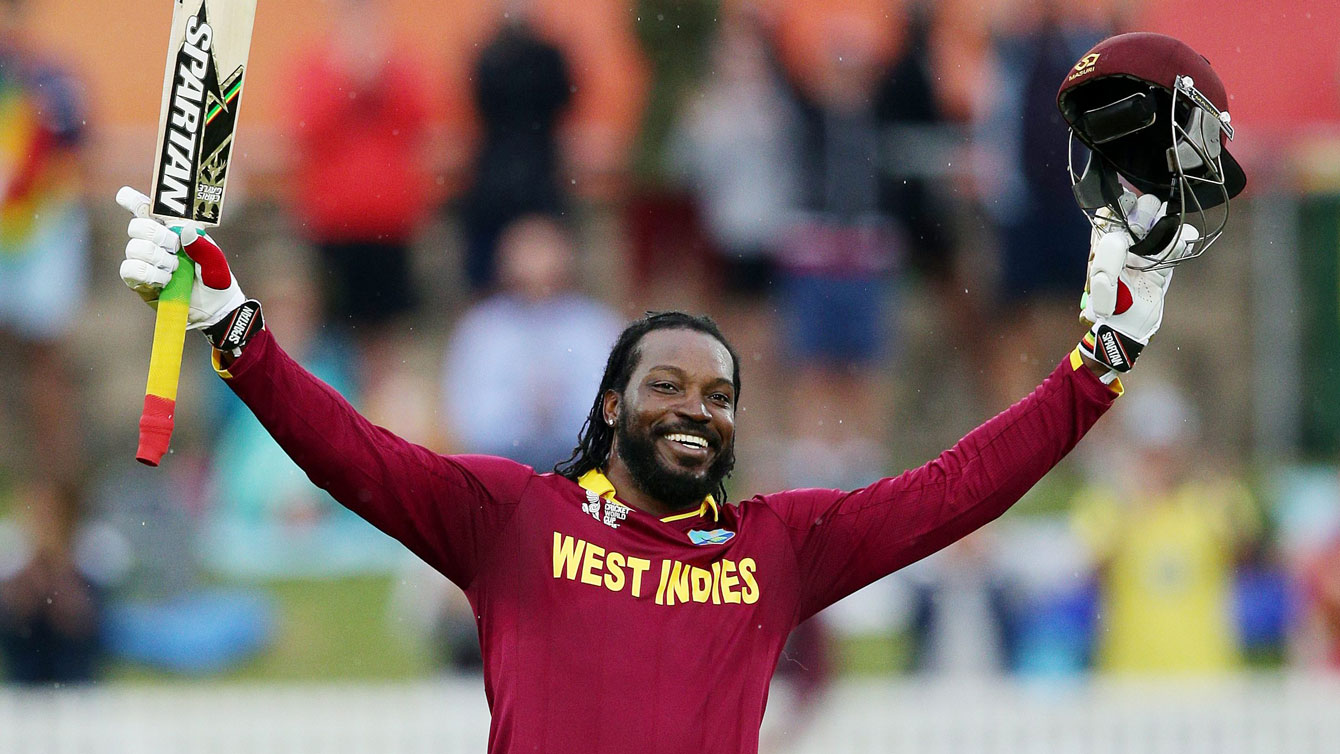 Jamaican Chris Gayle, who internationally represents the collective body West Indies, acknowledges the crowd after becoming the first man to hit for 200 runs at a Cricket World Cup on February 24, 2015.

After the FIFA World Cup and the Summer Olympic Games, the Cricket World Cup is considered the third largest sporting event on earth with a broadcast reach of 2.5 billion people. Its lure has TV carriers in Canada charging $180 for the tournament package. Depending on the countries in the final match on March 15, by previous World Cup figures somewhere between 350 million to 500 million people may tune in to watch. As a guide, even at the low end that viewership triples enthusiastic NFL Super Bowl audience numbers.

RELATED: How new Olympic sports could be added to Tokyo 2020

While cricket has a following in the Americas by way of the West Indies nations in the Caribbean (once a mighty cricket power), it has yet to capture the imagination of the world’s richest country, the United States, and further south in Latin America. However, given baseball’s regional appeal, mainland Americas are a cause the ICC may be happy to concede while training its focus on the rest of the planet. 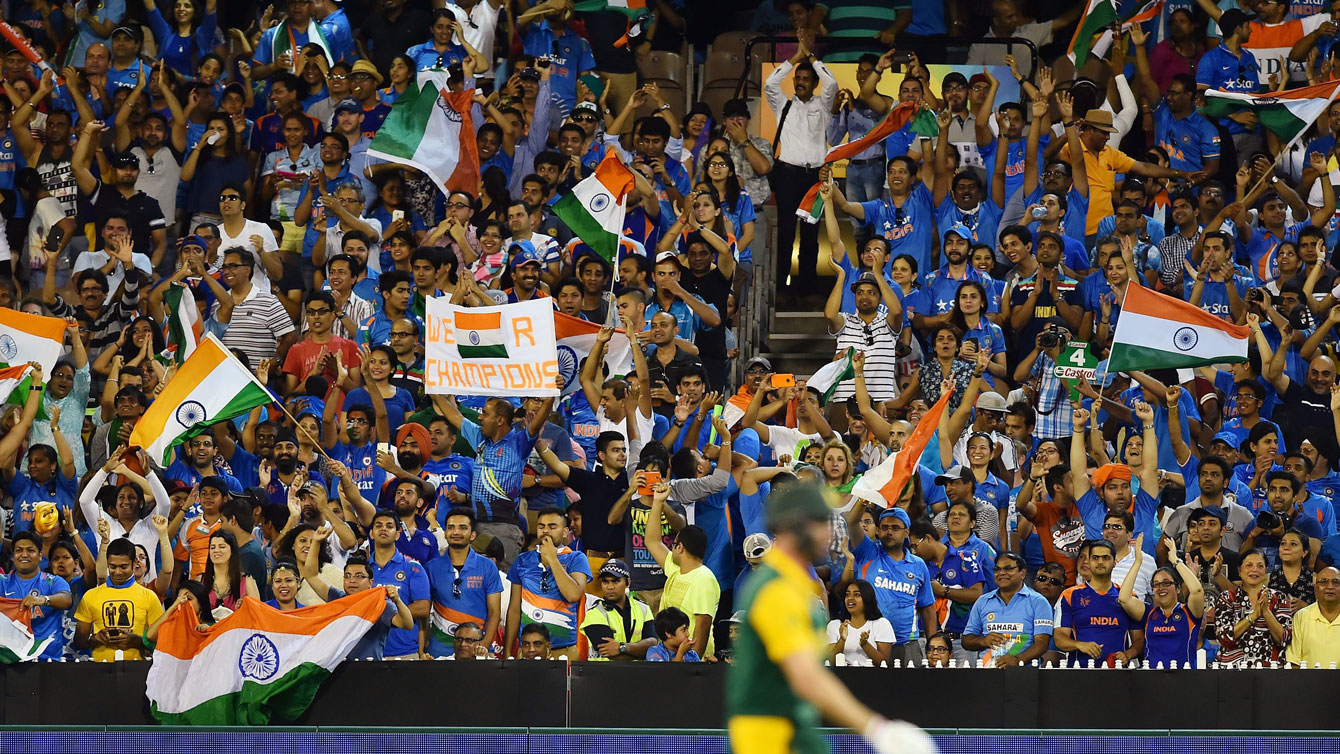 Fans of India, seen here at the 2015 Cricket World Cup in Melbourne, Australia, are a significant revenue driver for the game of cricket.

Other obstacles to Olympic entry centre on logistics.

“The need for a circular playing arena with specially prepared turf batting wickets would present substantial cost for any host nation not already engaged in major international cricket,” Eyre said. “Further, the size of the playing rosters (11 per team plus reserves) would impose pressure on Games organisers seeking to maintain a cap of 10,000 athletes per Olympics.” 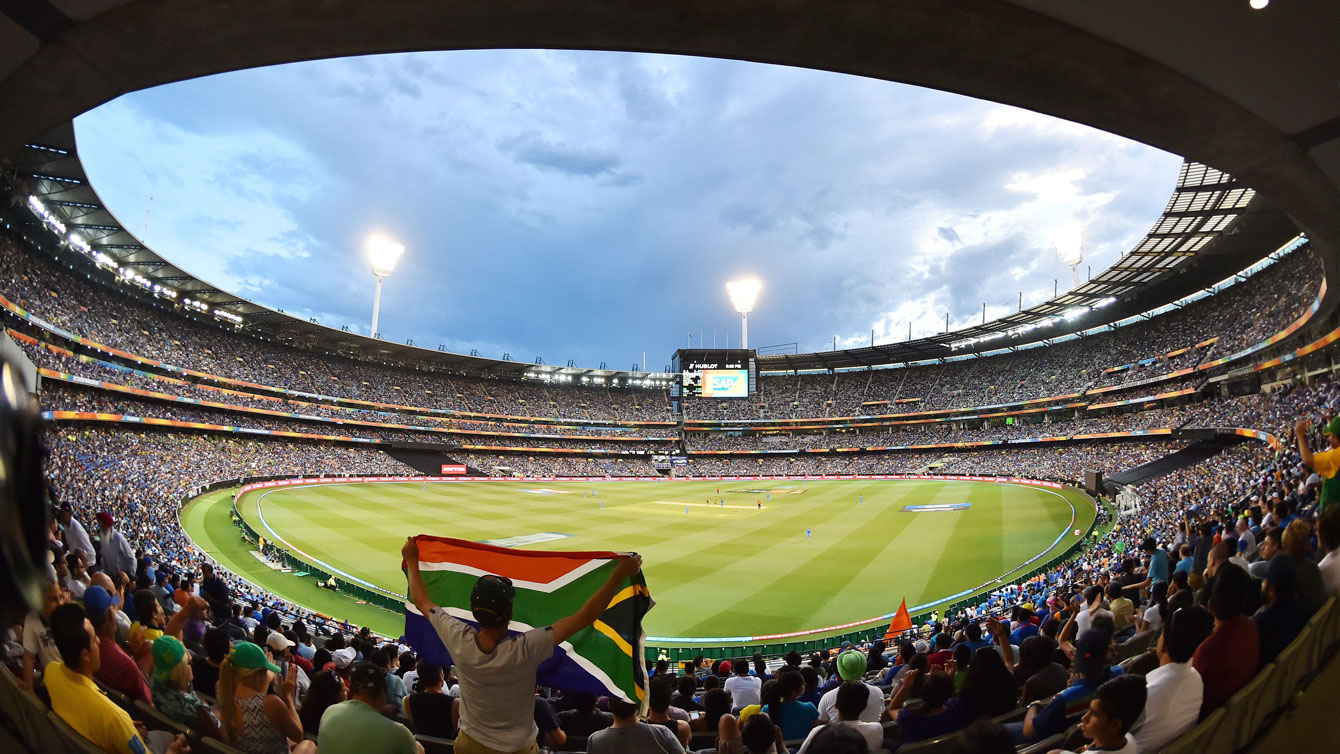 A South Africa fan holds up a large flag at the 100,000-seat Melbourne Cricket Ground in Australia during the 2015 Cricket World Cup.

While the lack of earnest ICC interest and the quest for a trimmer Olympic Games are major issues, there may be a glimmer of hope for Olympic cricket on the side of equality.

“Women’s cricket bodies worldwide seem to be almost unanimous in their wish for cricket to be included in the Olympic Games,” Eyre, who also works with humanitarian groups, wrote in his email. “Greater exposure, regular tournament play and opportunity for gender equality,” Eyre said were cited by these women’s groups for Olympic inclusion. Given cricket’s immense popularity in many nations struggling with gender equality, a women’s tournament in the Olympics would send a very positive message. 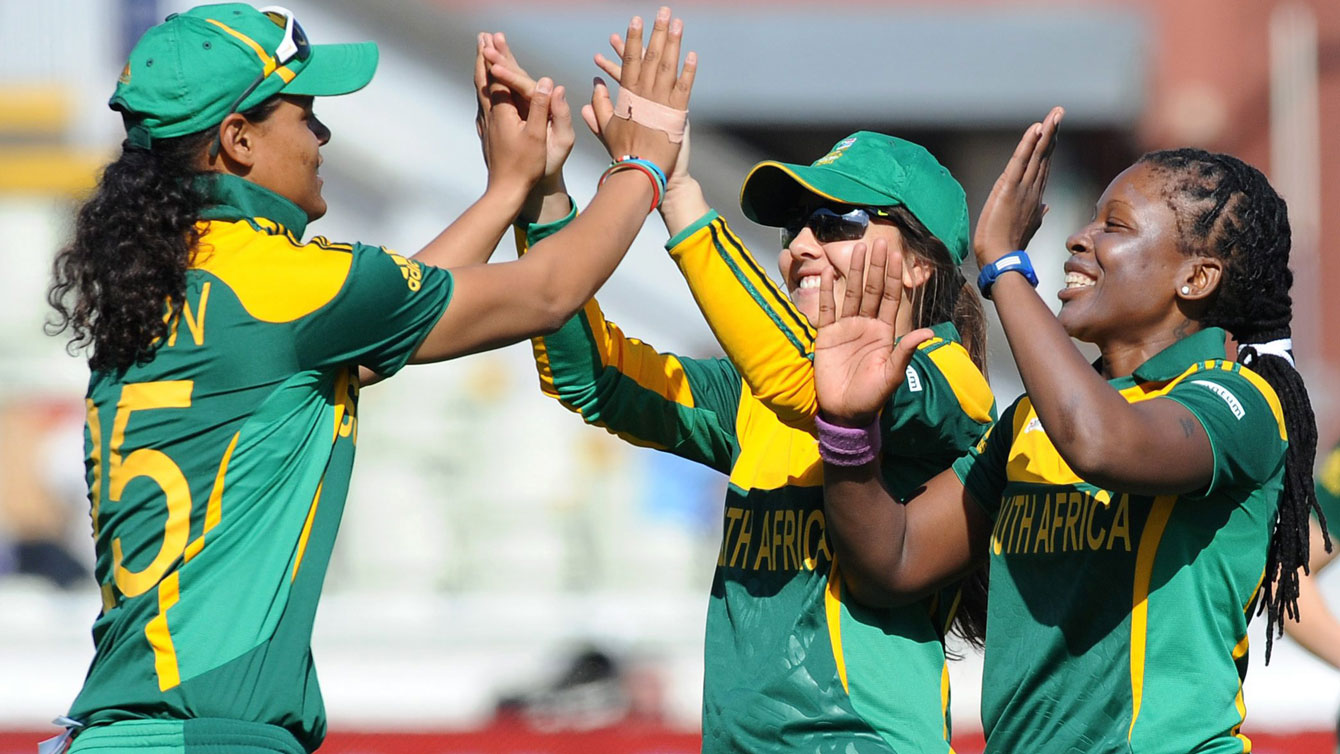 Players on South African women’s cricket team celebrate an out against England during T20 play. The 20-overs version of cricket is significantly shorter than traditional cricket. Women’s cricket governing bodies are eager to see the sport included in the Olympics.

Further, Eyre wrote “smaller cricket-playing nations want (the sport) to be part of the Olympic Games because this would enable national cricket associations to attract funding and support from their national Olympic bodies as well as the government.”

The ICC has 106 members, but full membership is restricted to 10 bodies, among which England, Australia and particularly India – with rich rewards of the Indian Premier League (a must-watch domestic competition) – carry a lot of weight. Any inclusion of cricket in the Olympics would require these three mammoths to be swayed.

While there is no doubt for anyone capable of simple arithmetic that cricket would add a massive draw to the Olympic Summer Games, sadly for the millions who would love to see the sport included, the wait is indefinite.