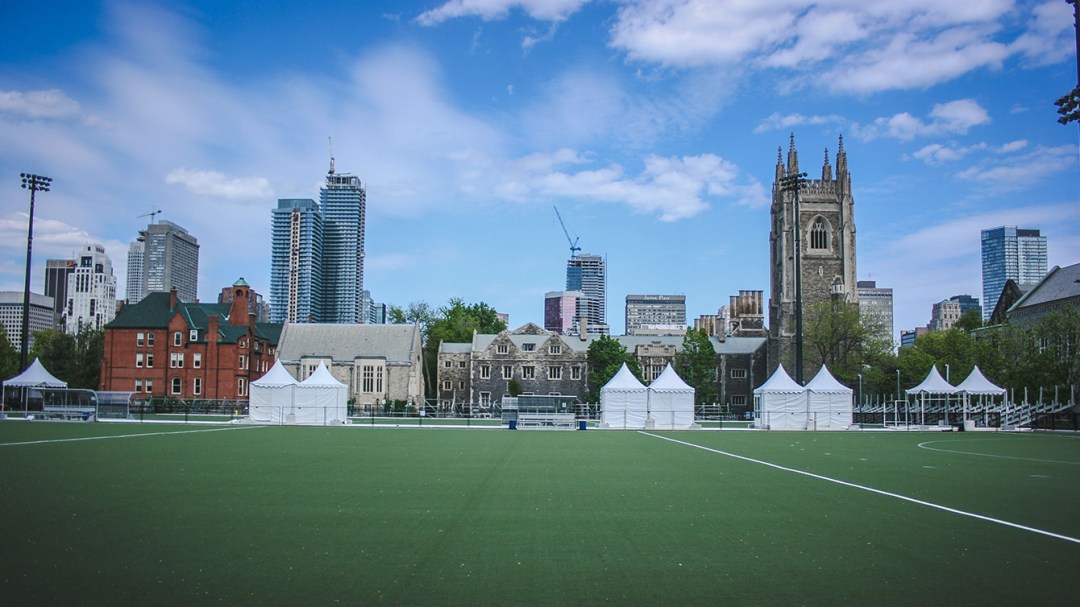 Venue Guide is a series looking at the sites of the Toronto 2015 Pan American Games.

Field hockey requires a super-soaked turf field for the ball to roll smoothly. So, two were built on the University of Toronto campus for TO2015. 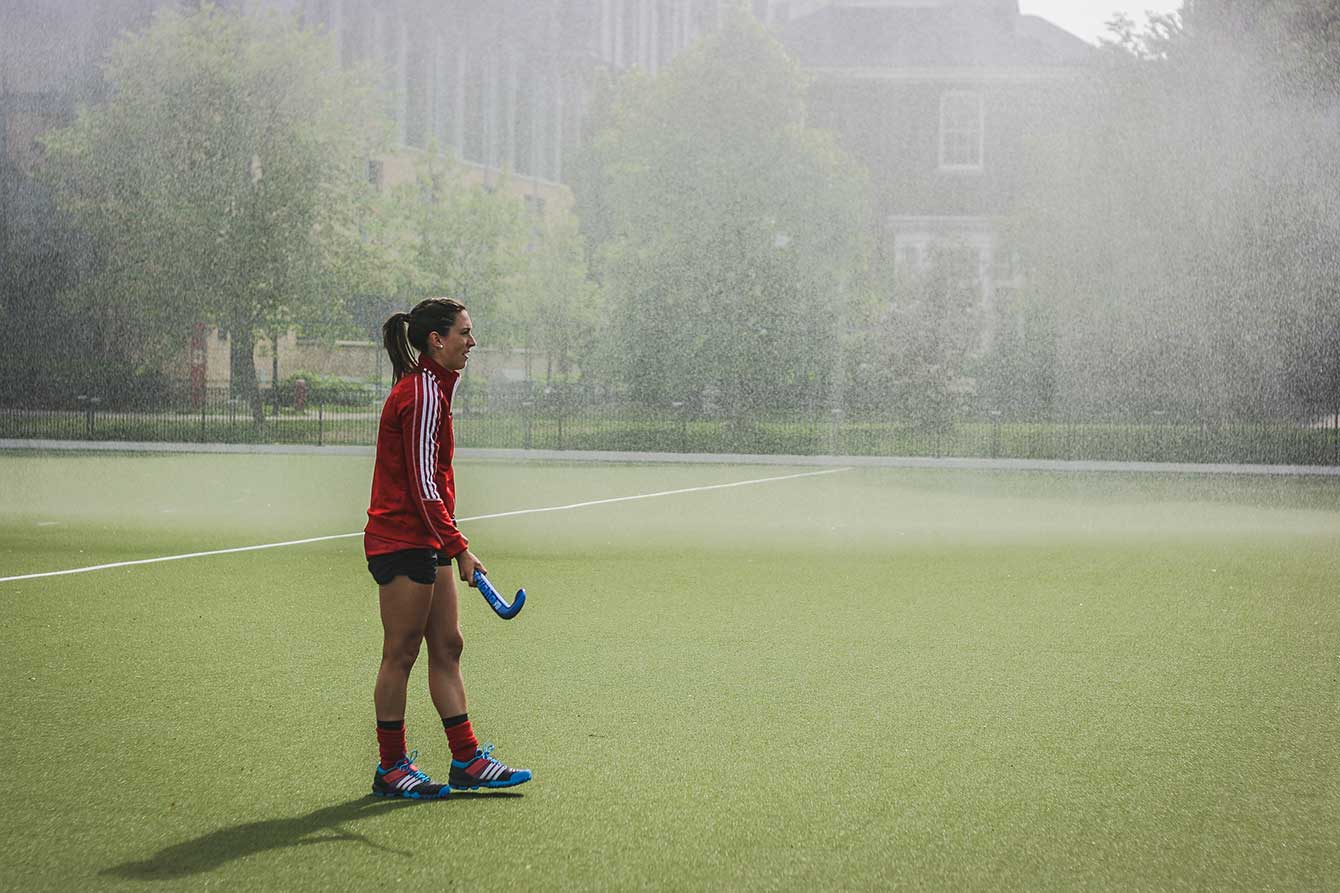 National team vice captain Danielle Hennig warms up on the fields in late May 2015 (Alexandra Fernando).

The fields are actually quite picturesque, quietly surrounded by historic U of T campus structures. With some big bright lamps, a few stands, and some field hockey…it’ll actually be a fairly dramatic place (Get tickets).

There are two international ‘Global Class 1’ fields. This is the International Hockey Federation (FIH) standard. There will be one for warm-up, the other for competition. To wet them, massive hoses have been installed around the turf to blast water before games. An irrigation system manages the entire process.

The fields in action:

The TO2015 Athletes’ Village 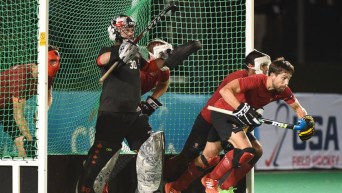