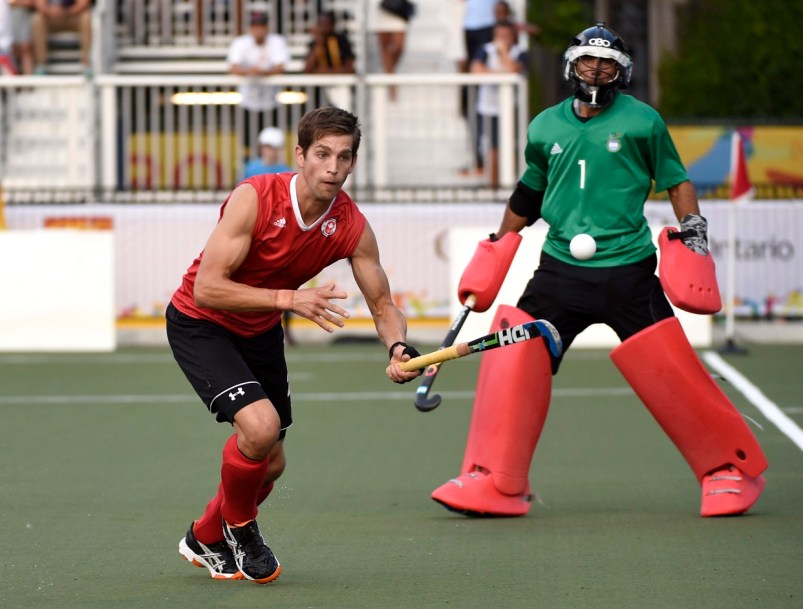 Iain Smythe has more than 190 senior national caps since making his debut in 2009. That total includes three appearances at the Commonwealth Games in 2010, 2014 and 2018, as well as helping Canada win silver medals at both the 2011 Pan Am Games in Guadalajara and the 2015 Pan Am Games in Toronto, scoring one goal at the latter. He earned another silver with Canada at the 2013 Pan American Cup. In 2014 Iain had the opportunity to play alongside his brother John at the Champions Challenge 1, where Canada finished second overall. Smythe was also on the team that competed in the FIH World League in 2015, including the shootout victory over New Zealand in the quarterfinals of the World League Semifinals, a win that would eventually secure the team’s qualification for Rio 2016 where he made his Olympic debut. In 2018, Smythe represented Canada at the Commonwealth Games and the FIH World Cup.

A LITTLE MORE ABOUT IAIN

Getting into the Sport: Started playing field hockey at age 8… Had always been involved in sports so his parents registered him for the Vancouver Hawks spring session… Outside Interests: Graduated from the BC Institute of Technology in 2011 with a Plumber Red Seal Ticket and Gas B Ticket… Enjoys exploring new places… Works as a plumber/gas fitter… Odds and Ends: Favourite quote: “A person who never made a mistake never tried anything new.”  – Albert Einstein… His good luck charm is the first dollar he ever earned… Nickname: Smitty… Younger brother John is also a member of the Canadian field hockey team for Lima 2019…

John Smythe has more than 120 caps with the senior national team since making his international debut in 2013. In…