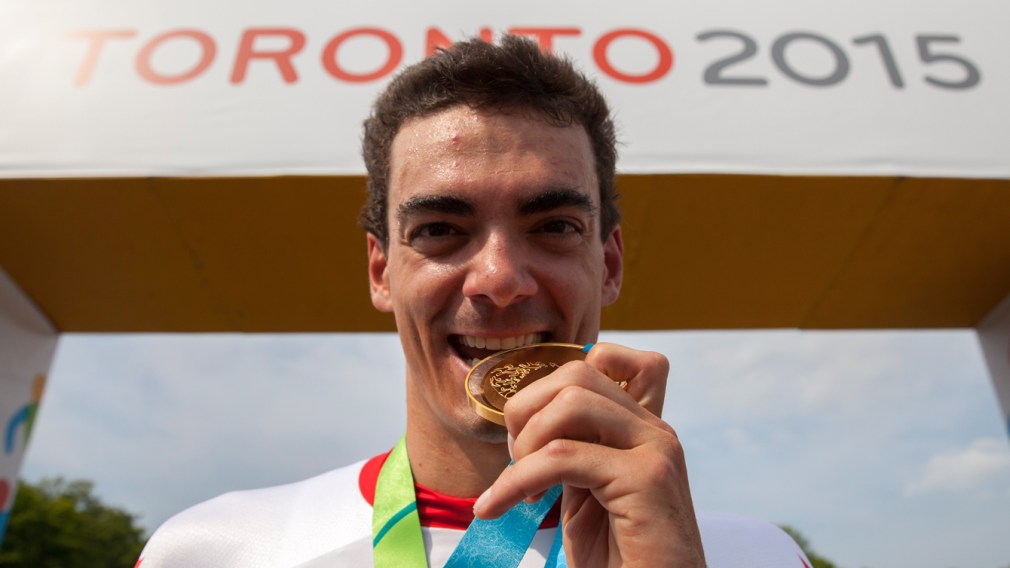 Raphaël Gagné won Canada’s second mountain bike gold at the Pan Am Games in OroMedonte, ON.

“The podium was on my mind, I believed in my chance to win” Said Gagné. 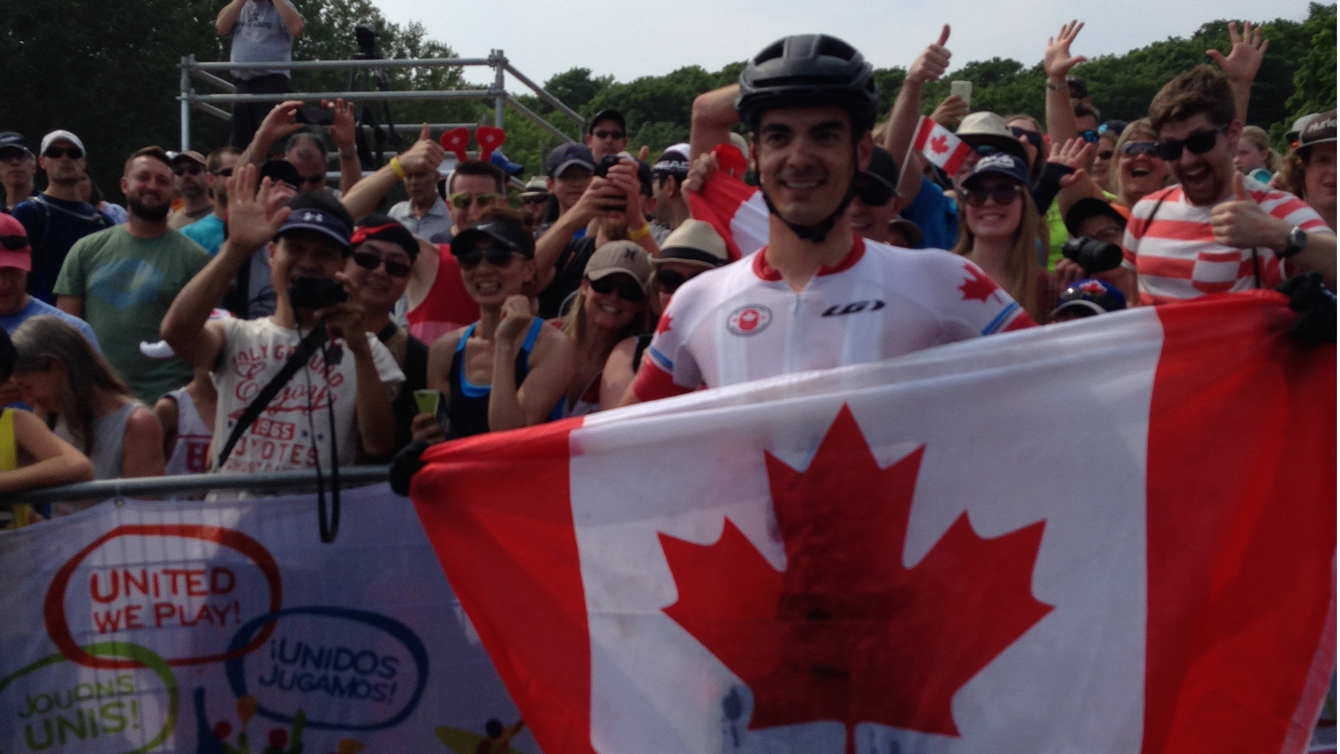 The Canadian went into the competition determined to win a Pan Am medal. Hebattled with Solo Cateriel of Argentina throughout the majority of the race. Caterial went into the final lap hard, creating a five second lead on Gagné. With only five minutes to go, Gagné made his move, blasting past the Argentine to secure his Pan Am victory.

“Today I finished really really really strong. I’m happy with this and I’m proud of this.” Shared Gagné after his race.“This is the biggest win of my career.” 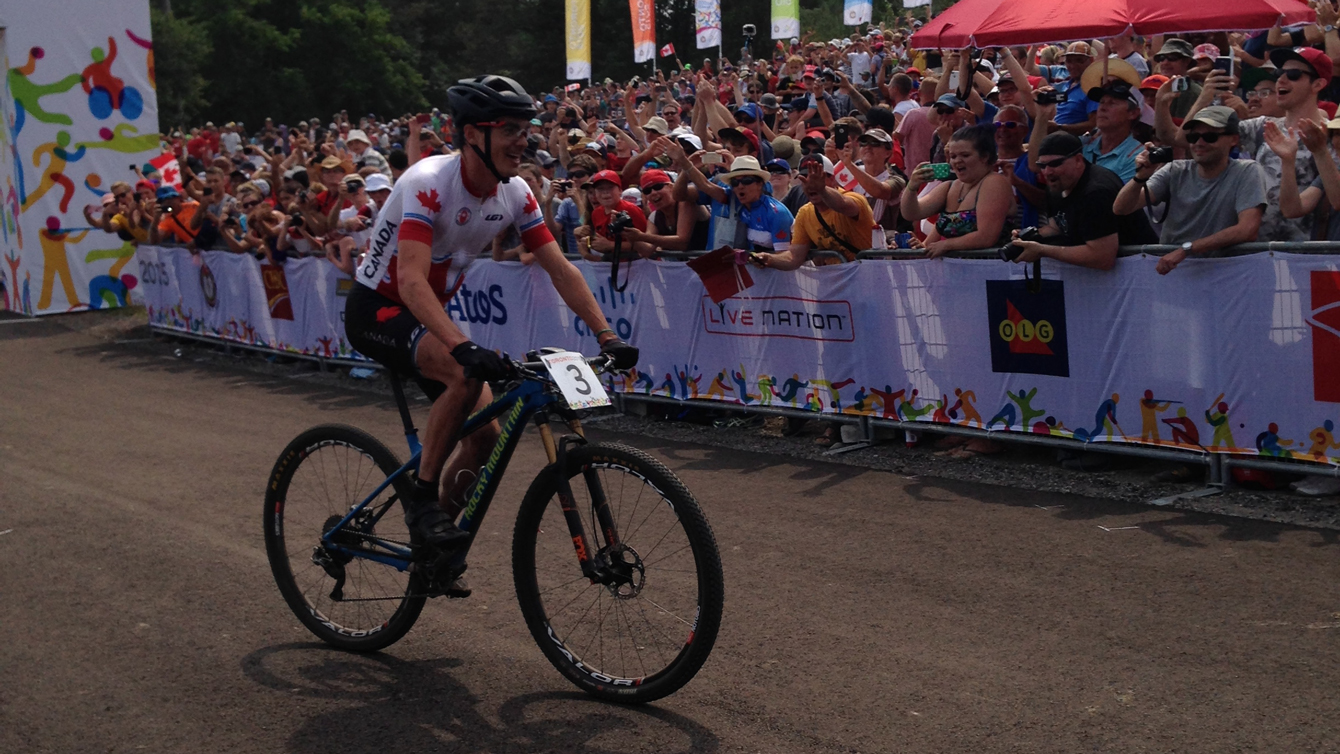 Derek Zandstra, finished fourth in the race improving his eighth place finish at the 2011 Pan American Games in Guadalajara. Next up, the men’s and women’s teams will compete on home soil once again at the Canadian MTB XCO Championships in Saint-Felicien, Quebec.