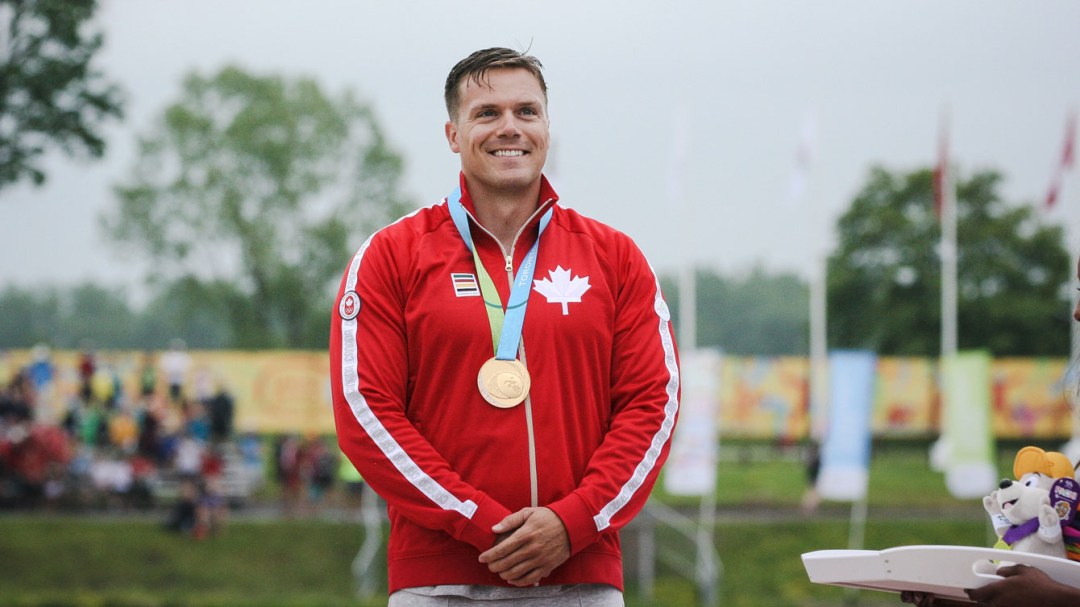 Day 4 of Toronto 2015 began much the same way that Day 3 did…with a rush to the podium.

When all was said and done, Canada added another 23 medals to their Games-leading collection of 64. The biggest hauls came with multiple medals in swimming, canoe/kayak sprint, rowing, squash, judo and badminton. 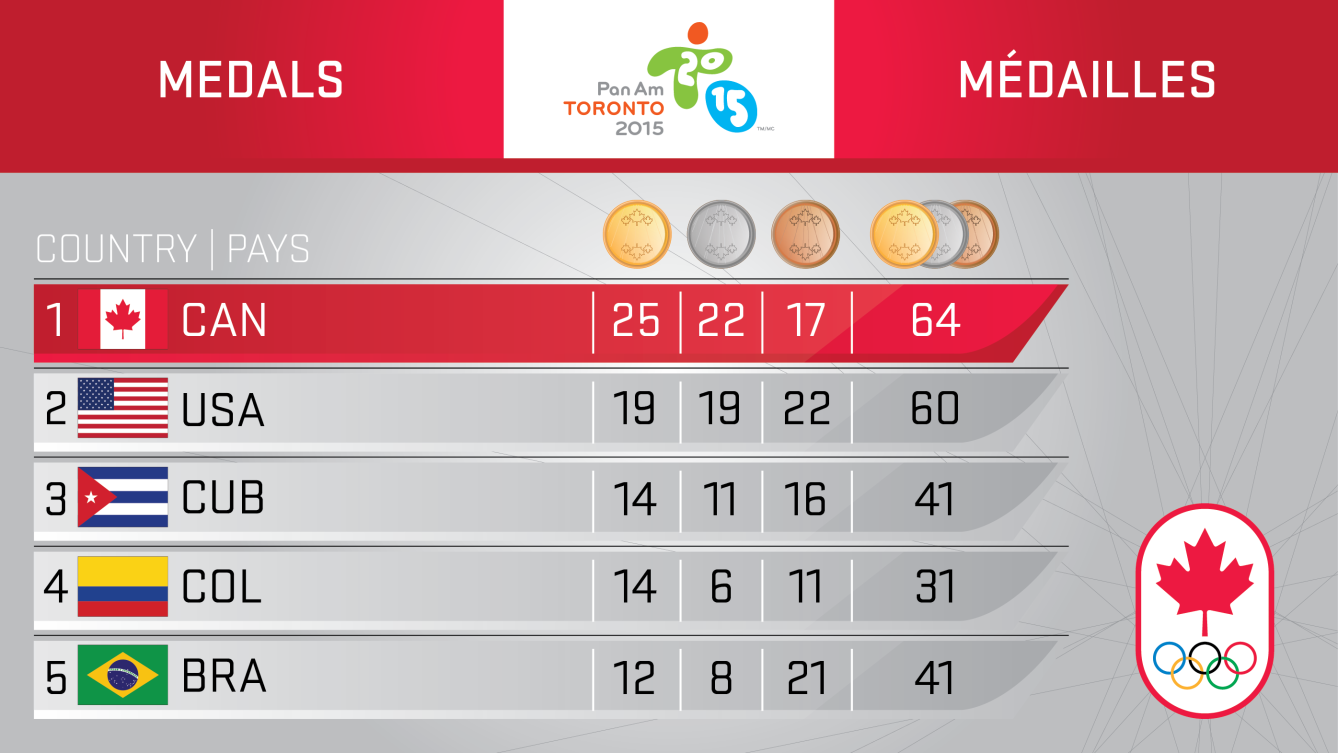 Canada also made the podium today in water polo, artistic gymnastics and equestrian dressage. A total of 19 sports were in action on Tuesday. 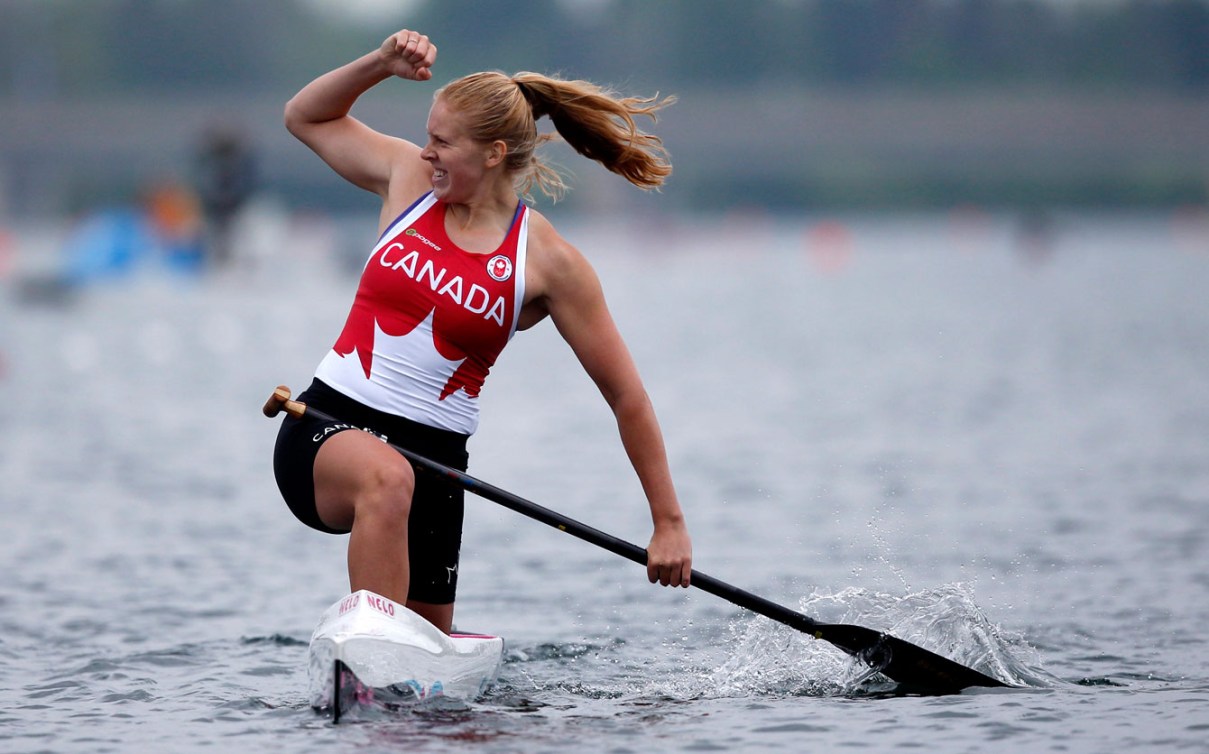 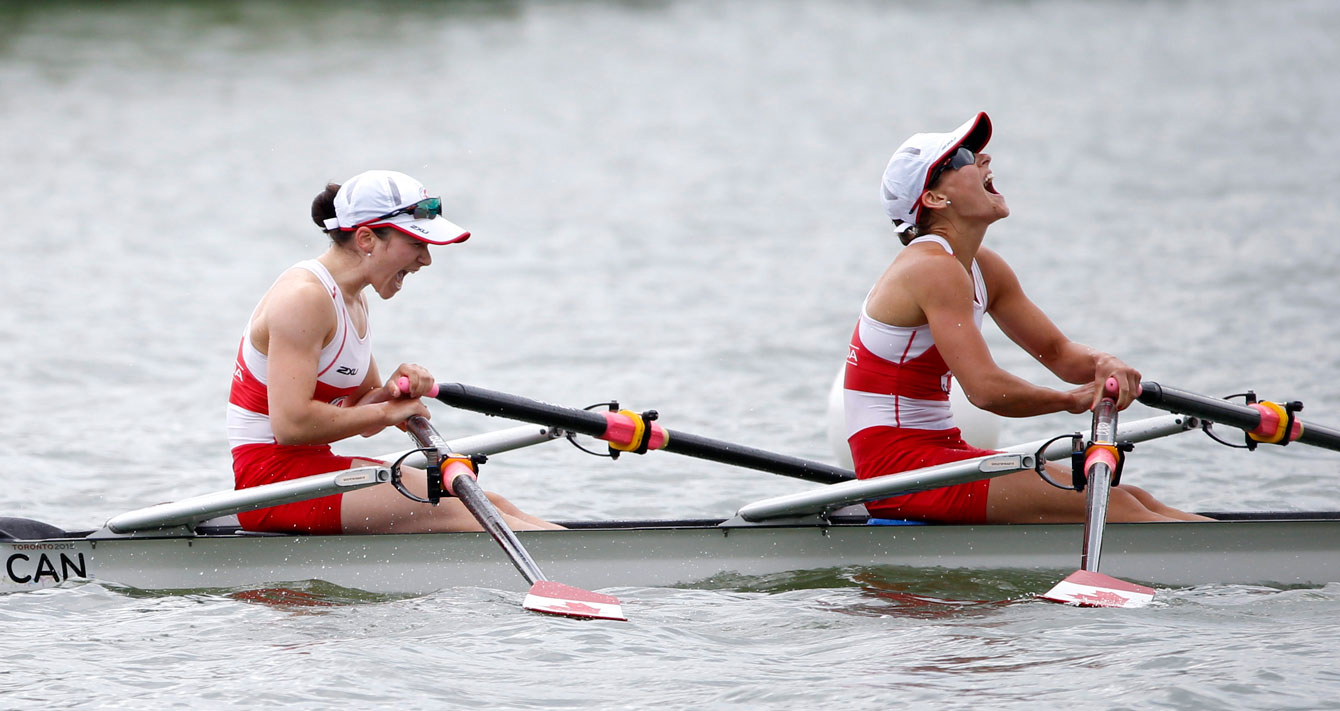 Out of the seven medals that Canada has won in rowing so far at Toronto 2015, five of them are gold. Three of those gold came on Tuesday, courtesy of the men’s quadruple sculls (Julien Bahain, Matthew Buie, Will Dean, Rob Gibson), women’s lightweight double sculls (Liz Fenje, Katherine Sauks), and women’s single sculls (Carling Zeeman). 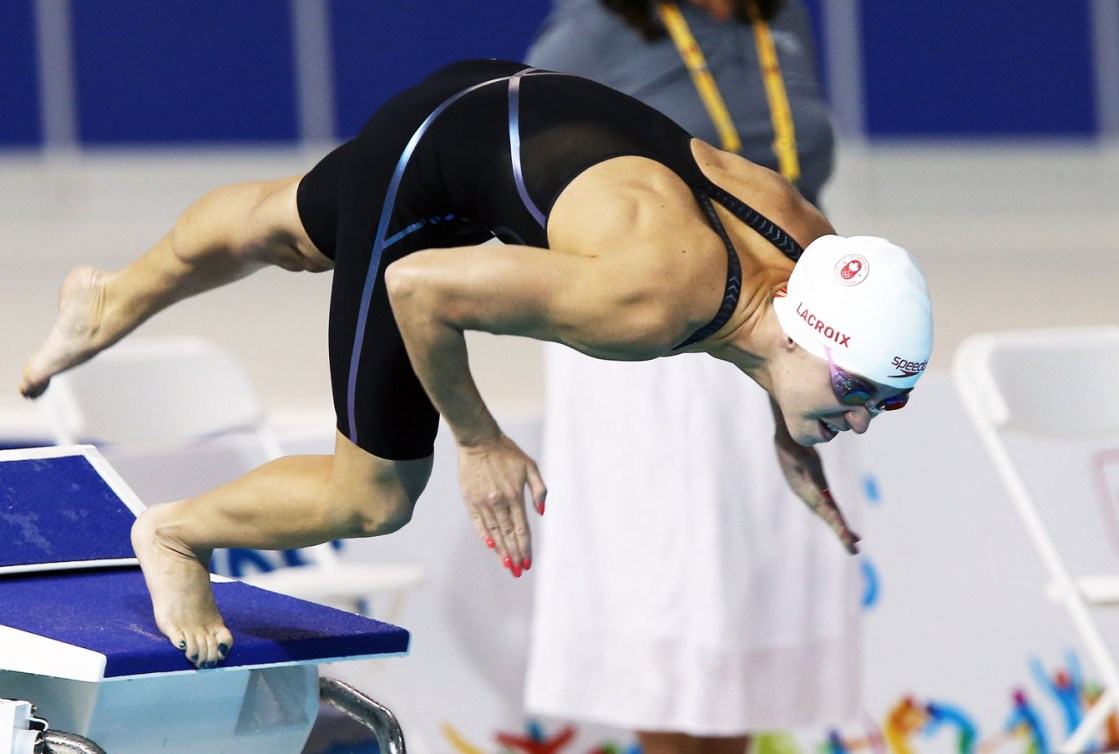 Audrey Lacroix swam to a gold in the women’s 200m butterfly. 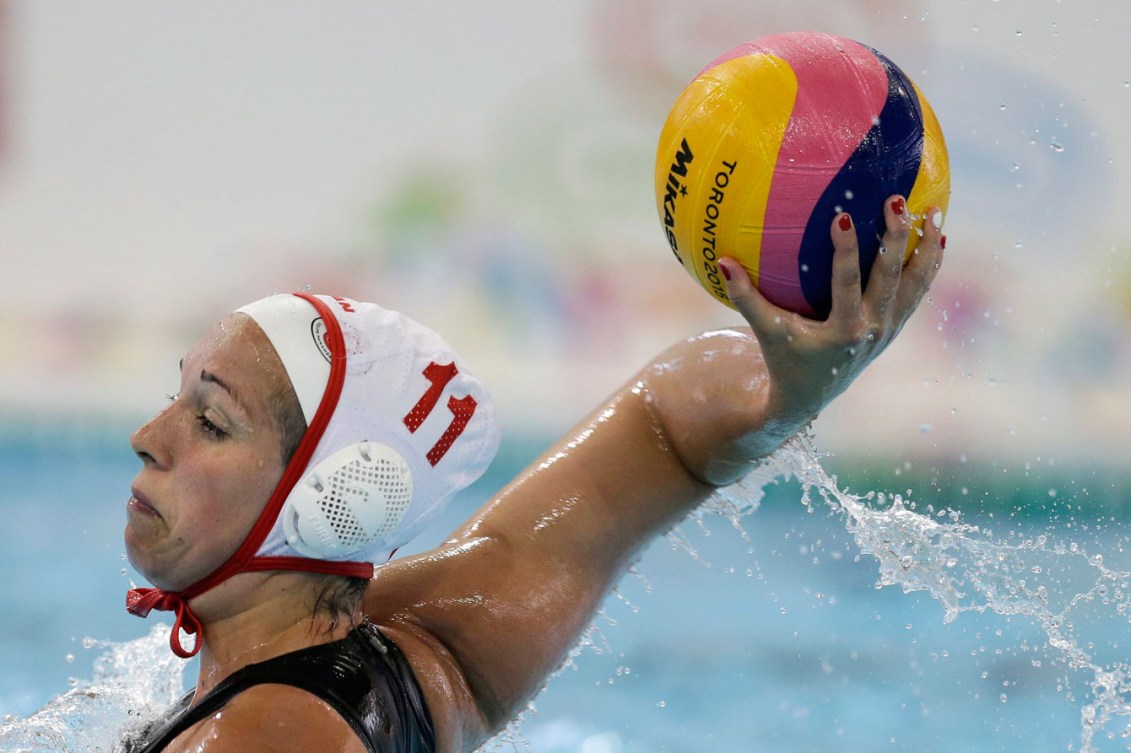 Canada’s women won their preliminary group, but were unable to defeat the winner of the other group for gold today. The Americans came out strong and held on for a 13-4 win for the gold. Canada’s men will play for bronze tomorrow vs Argentina. 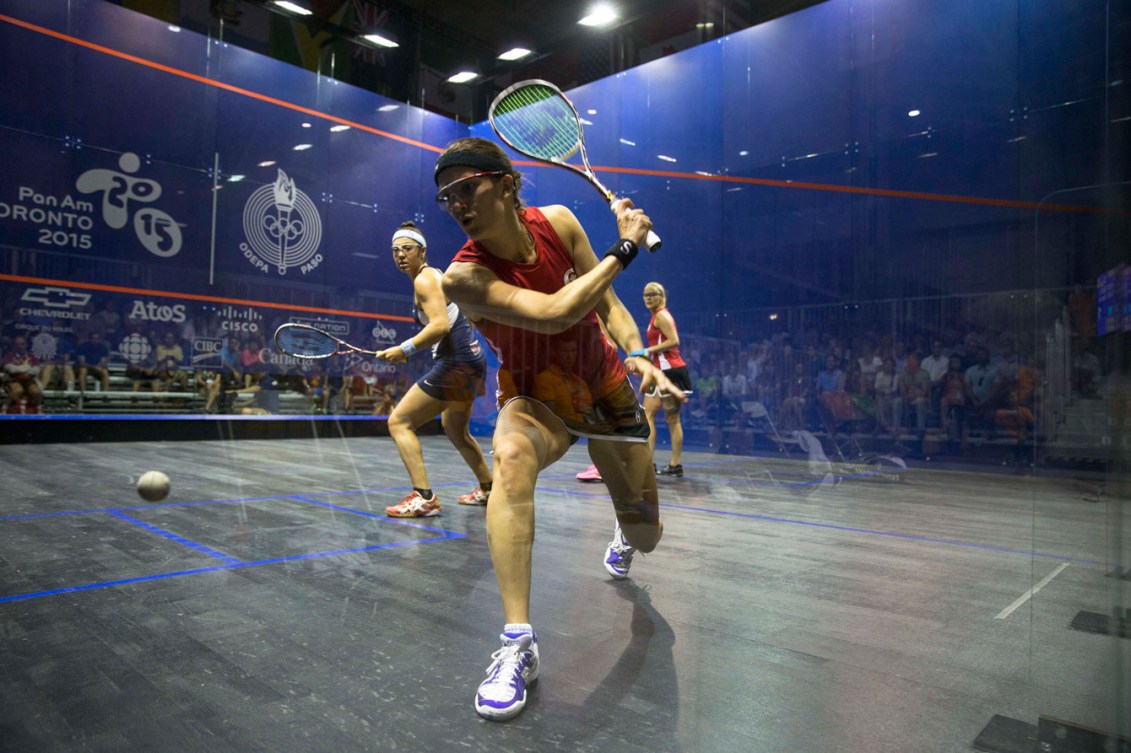 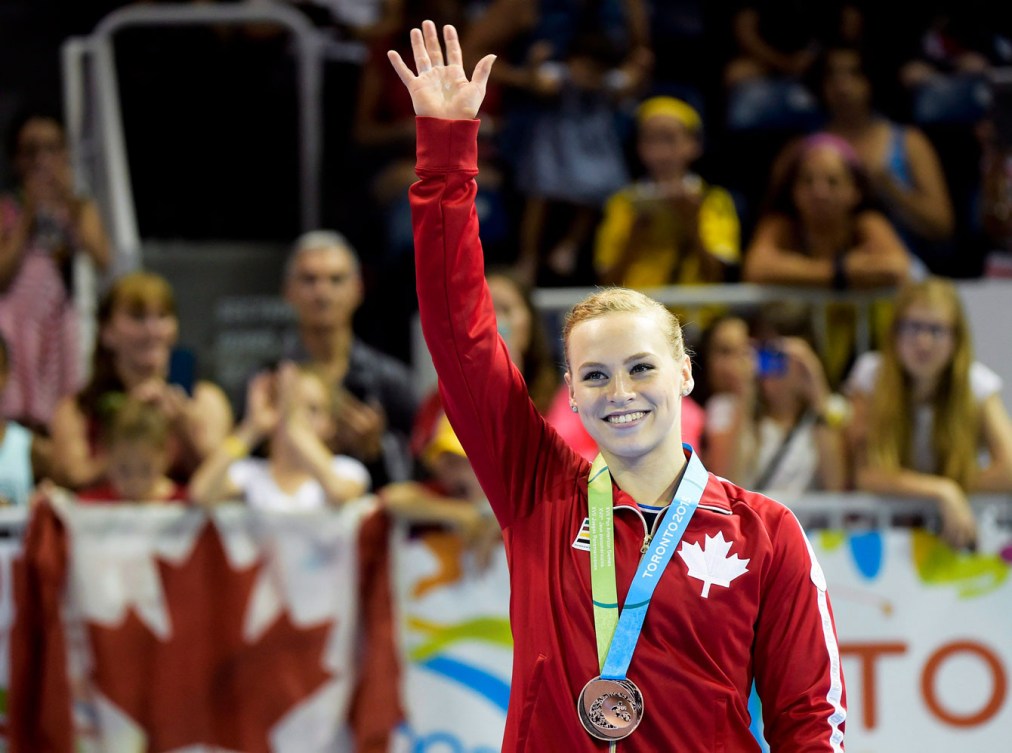 Ellie Black now has a medal of each colour, following up her all-around victory on Monday and team silver on Sunday with a bronze medal in the vault. Black’s score of 14.087 placed her behind Cuba’s Marcia Videaux Jimenez (14.737) and Dominican Republic’s Yamilet Pena Abreu (14.250).

“Today I knew it was going to be a tough day after the all-around yesterday. It’s very tiring for us athletes coming out and competing again but I just came into it trying to put as much as I could into the vaults. The first one was a little off, but I was still happy. The second one I was very very happy with. That one I think was the highlight of the day.” 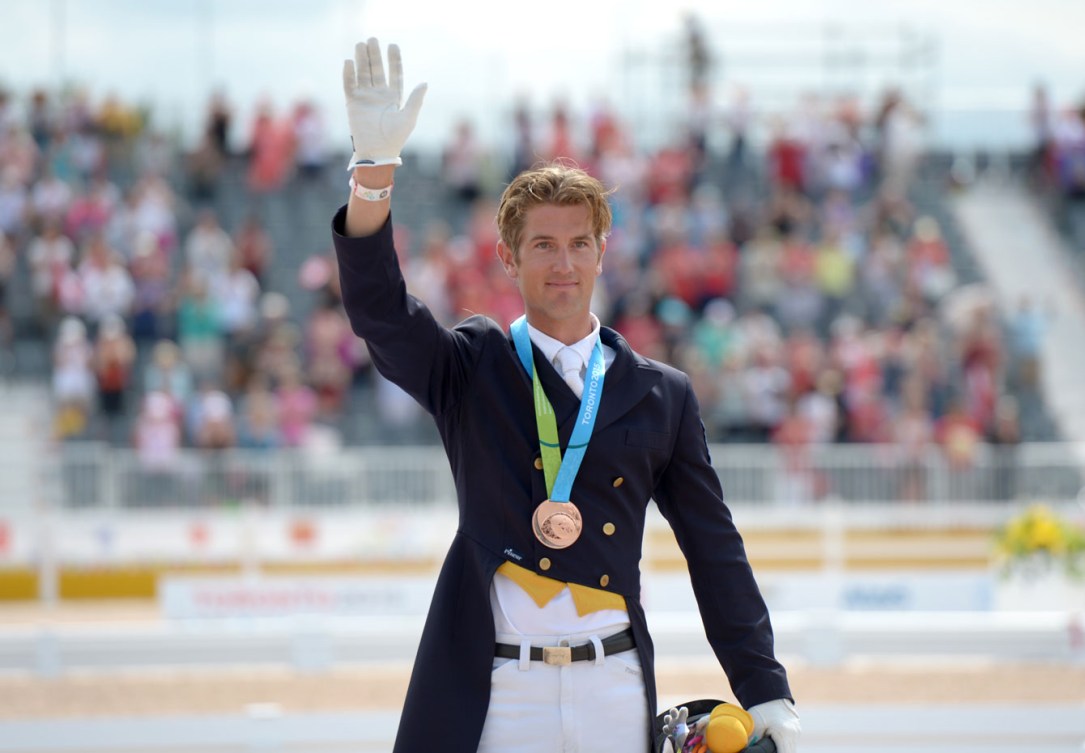 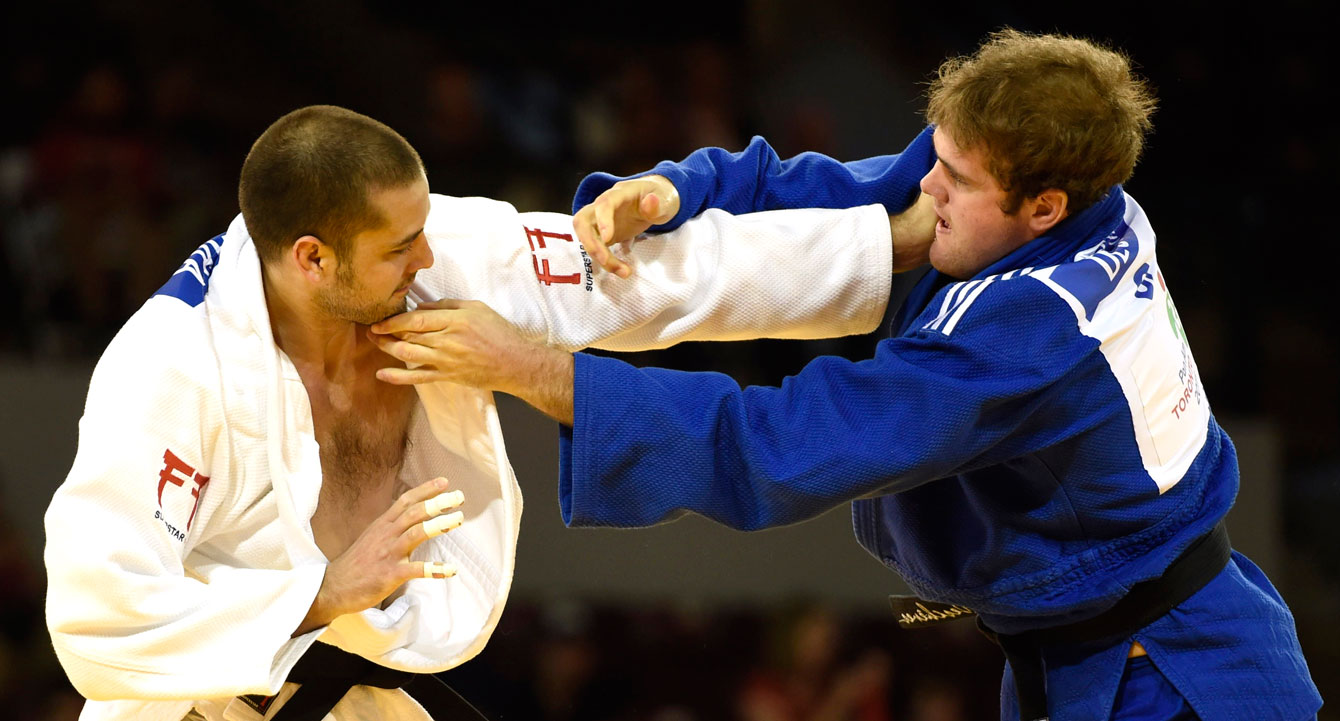 The final night of judo at the Mississauga Sports Centre saw Team Canada gain two more medals to finish a successful Pan Am Games in the first combat sport of Toronto 2015. A silver medal from Marc Deschênes in the men’s -100kg class and a bronze via Catherine Roberge in women’s -78kg brought Canada’s judo medal total to eight over four nights of fighting. That’s an improvement by two medals for Canada from Guadalajara 2011.

The lone Canadian gold arrived from Kelita Zupancic in the women’s -70kg category on Day 3 of the Games. For more on Team Canada in Pan Am judo click on Day 1 | 2 | 3. 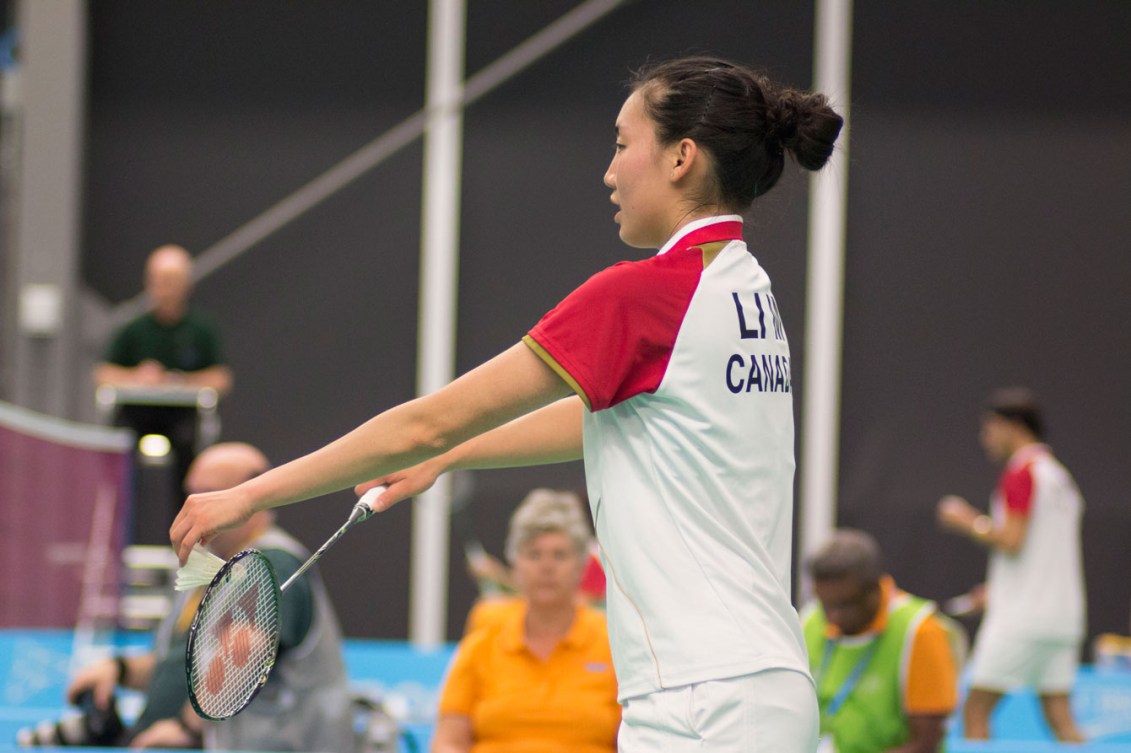 Tuesday was a busy day in badminton with several Canadians advancing to tomorrow’s finals. The mixed doubles team of Toby Ng and Alex Bruce won in straight sets to advance, while Rachel Honderich also had a straight sets victory to advance to the final, where she will face fellow Canuck Michelle Li. The women’s doubles teams of Rachel Honderich with partner Michelle Li and Alex Bruce with partner Phyllis Chan were unable to advance. As a result, each team has been awarded a bronze medal (as is the case in badminton).