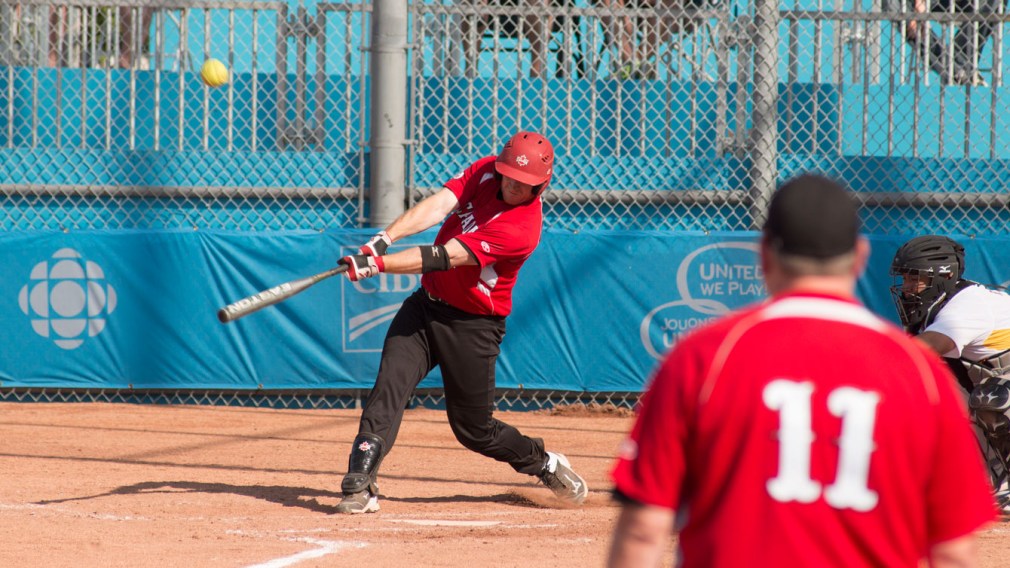 Canada’s 2015 World Champion men’s softball team closed out their Toronto 2015 round robin schedule Thursday with a 4-1 win over Venezuela.

Canada then followed up its round robin success with a 2-0 victory over Argentina in a “page playoff” system (more on this below) for a chance at TO2015 gold on Saturday.

The @SoftballCanada women are in the house to watch their teammates play Venezuela! pic.twitter.com/I6HLKN4Klm

First baseman Stephen Mullaley led the way in the last preliminary game, going 2-for-3 with two runs batted in (RBIs). Right fielder Jeff Ellsworth also had two hits in his three at-bats, with one RBI, while left fielder Mathieu Roy was the third Canadian on the day to go 2-for-3 on the day, scoring two runs.

Starting pitcher Paul Koert pitched three scoreless inning, giving up only one hit and and one walk while striking out two. Reliever Andy Skelton came into the game ended up getting the win. He allowed only one hit, which was a home run, while striking four over three innings. Derek Mayson pitched a perfect the final inning, striking out one with no hits or walks. 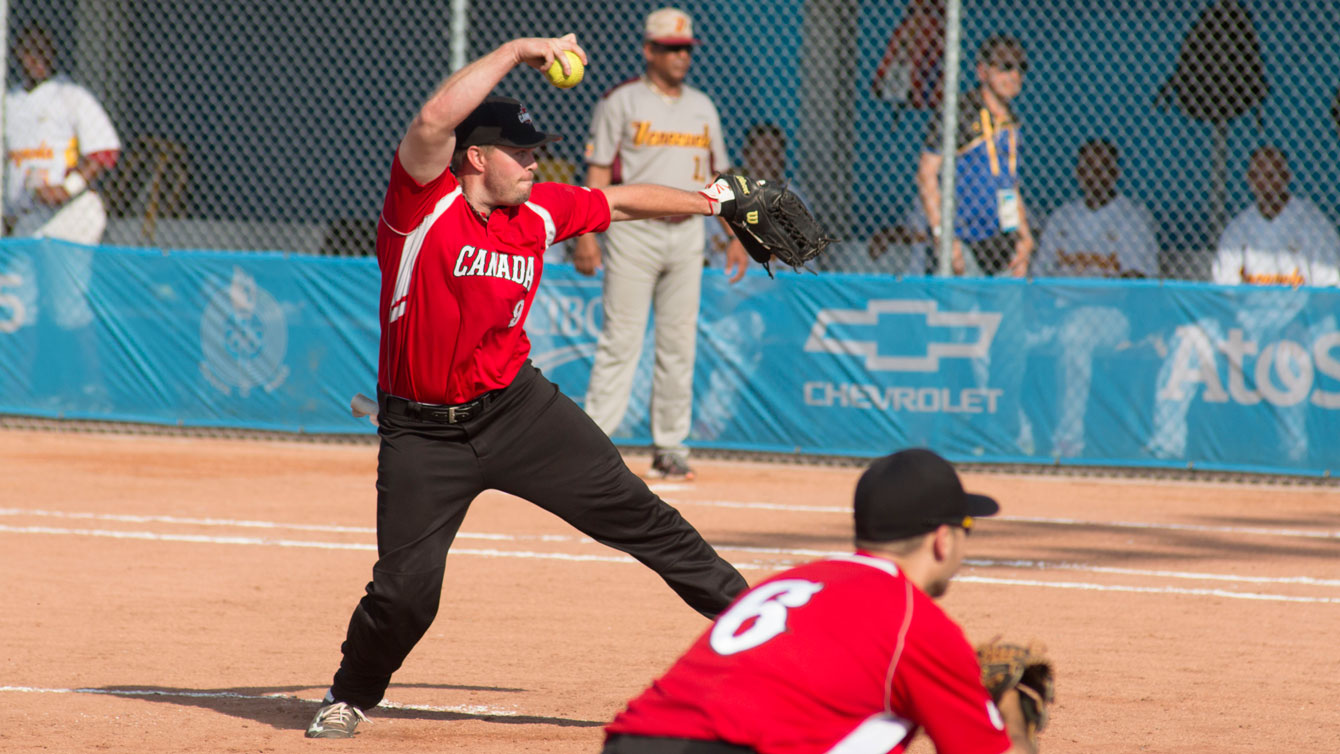 The team has had a huge week so far, defeating Mexico 10-5, then beat the USA 3-2, then won 9-3 over Argentina, before topping the Dominican Republic 7-2. Thursday’s win means Canada will finish with an unbeaten 5-0 record, which assures them top spot heading into the playoffs.

The format for softball’s semifinals is called a page playoff. The top two teams meet in the first semifinal, with the winner advancing straight to the Grand Final. The third and fourth place teams play in a semifinal match as well, with the winner advancing to the Final to play the loser of the other semifinal. The winner of the Final then advances to the Grand Final as well. Got all that? Good.

Canada has advanced to the gold medal game and will wait for the winner of Argentina v. Venezuela. Prior to Canada’s win over Argentina, Venezuela dumped defending men’s Pan Am softball champion USA out of medal contention with a 1-0 win.

The women’s softball team will kick off their schedule on Sunday, playing Brazil to open the round robin.

Update: Men’s softball goes for Pan Am gold in Ajax on Saturday
What is the difference between racquetball and squash?
Shuttlecock and balls: The fastest moving objects in sport
Pan Ams to Olympics: Toronto 2015 a boost to many Team Canada athletes
Team Canada Athletes Out of Isolation, Back to Training
Getting vertical: The highest jumps in sport