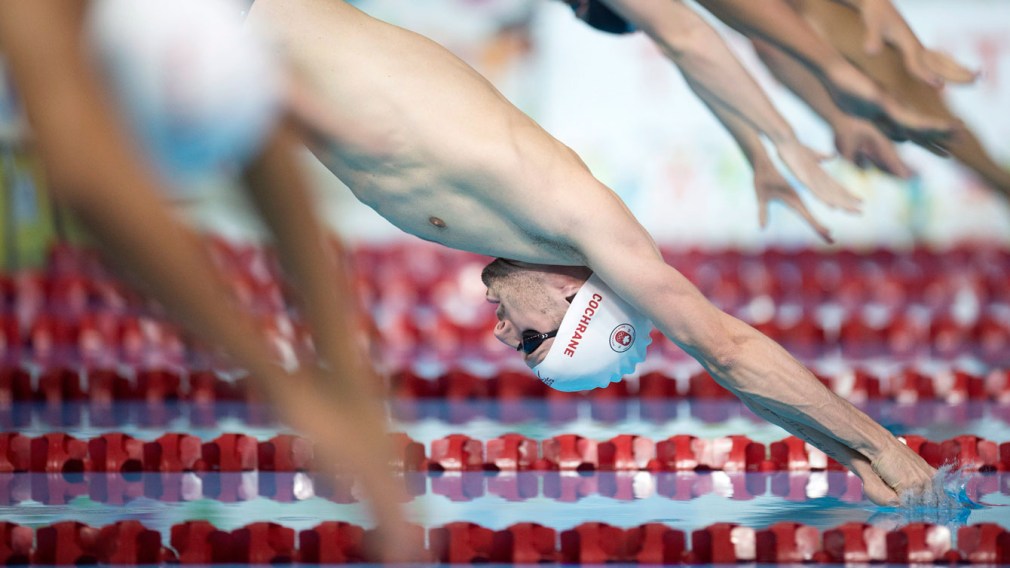 On a gorgeous Saturday, Canada took home its first medals in rhythmic gymnastics, softball, sailing and archery at Toronto 2015. 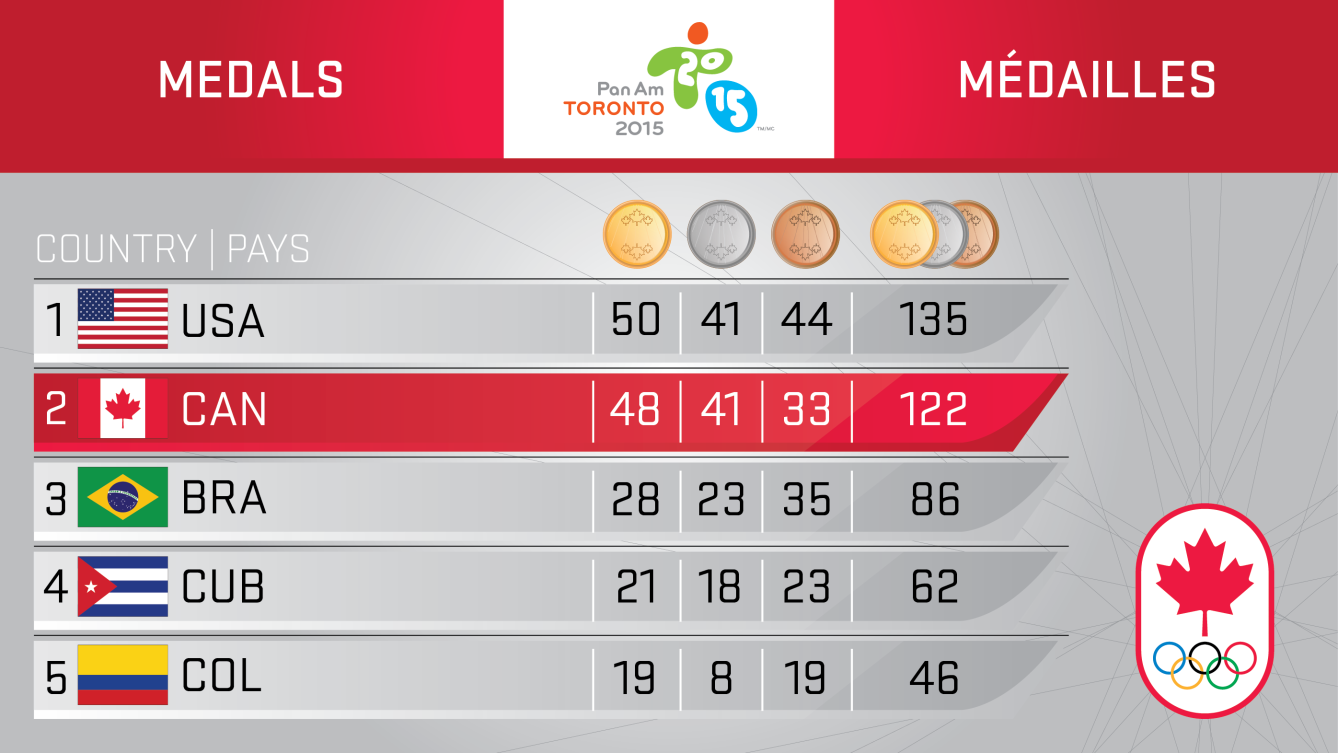 Look ahead to Day 9 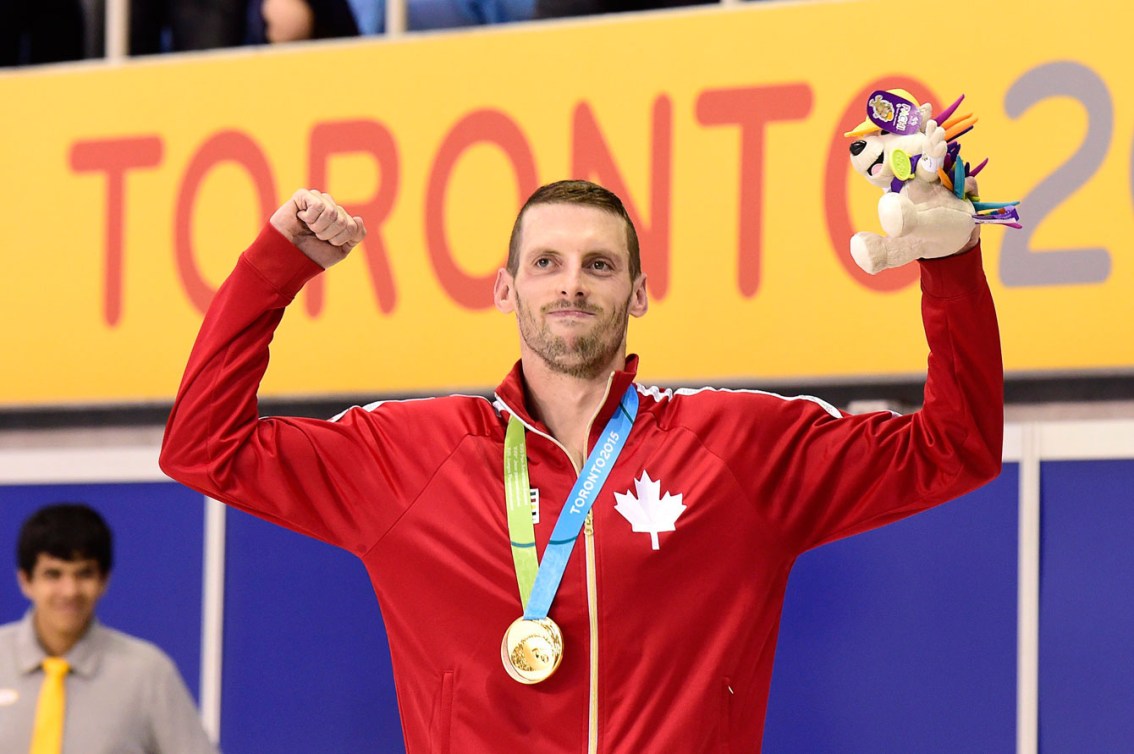 On the final night of competition in the pool, Canada came away with four medals. The highlight was two-time Olympic medallist Ryan Cochrane dominating the men’s 1500m freestyle, setting a Pan Am record time of 15:06.40 to win by 3.5 seconds. The only other individual medal was Sydney Pickrem’s bronze in the women’s 200m individual medley. She missed the silver by just 0.03 seconds.

The meet was capped by Canadian medals in both of the 4x100m medley relays. The women’s team, composed of Dominique Bouchard, Rachel Nicol, Noemie Thomas and Chantal Van Landeghem, won silver behind the United States. The men’s team featuring Santo Condorelli, Richard Funk, Yuri Kisil and Russell Wood won bronze behind Brazil and the United States. Canada was the second most-decorated country of the Games in swimming, winning a total of 27 medals (8 gold, 10 silver, 9 bronze) to trail only the 32 won by the Americans.

“We’ve never had a crowd like this,” said Condorelli, “and to come out here and deliver all these medals to them, we’re really happy.” 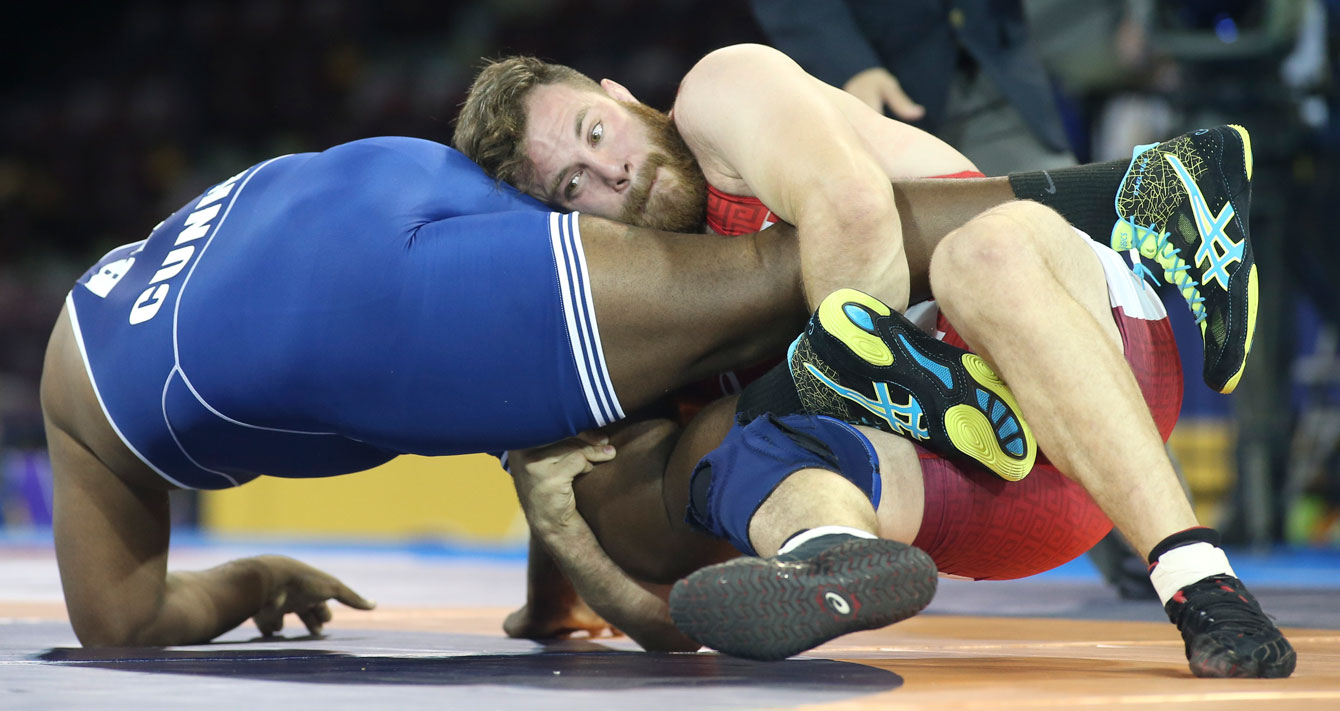 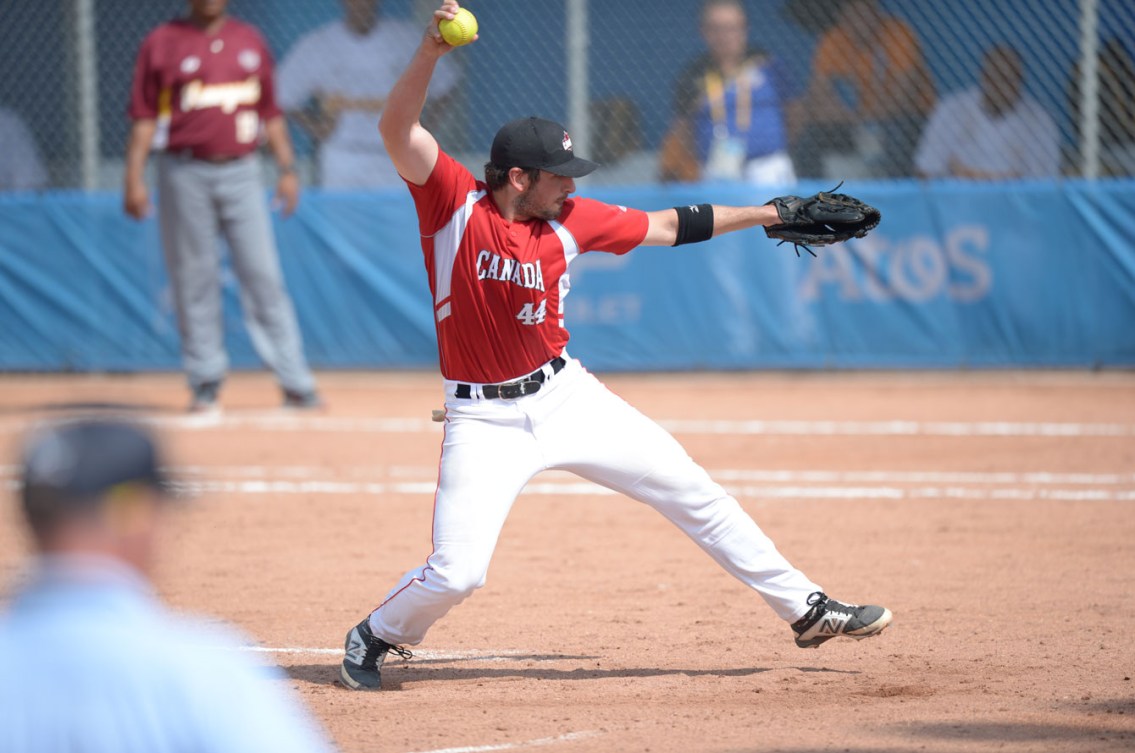 The Canadian men’s softball team defeated Venezuela 2-1 to win the gold medal. Thanks to a second straight complete game from starter Sean Cleary and a two-run homer by Brad Ezekiel, the world champions were able to clinch gold and finish the Toronto 2015 tournament undefeated. 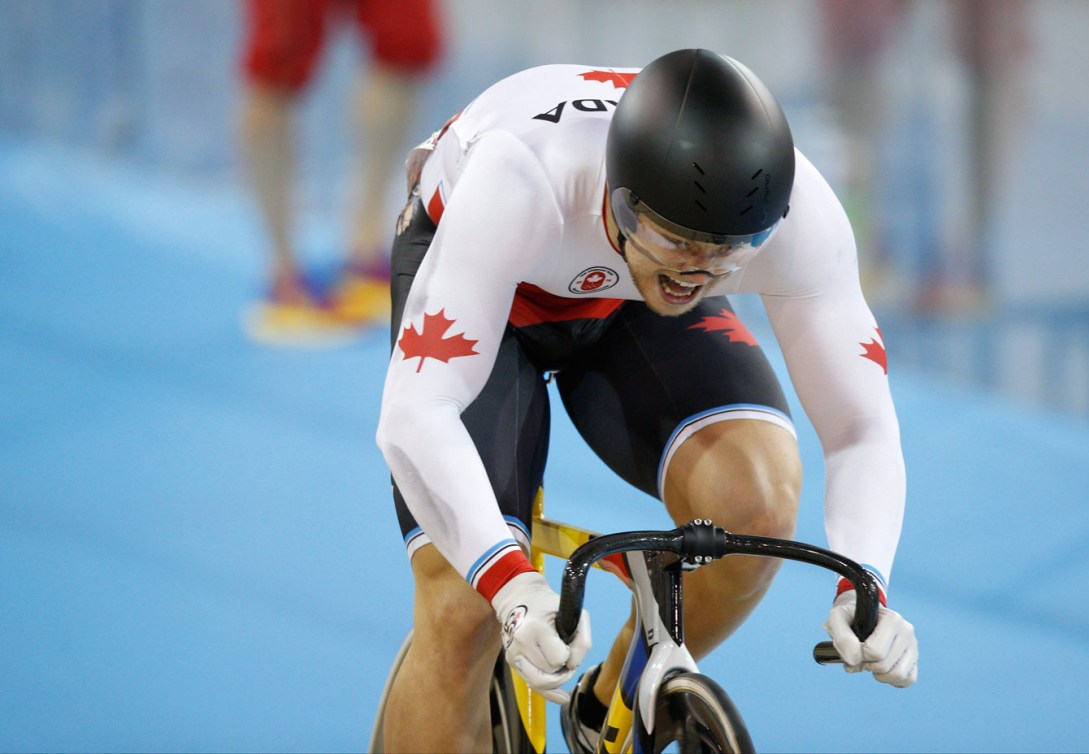 Hugo Barrette overcame a couple of falls in qualifying to ride to gold in the men’s sprint finals. The medal is Barrette’s second of Toronto 2015 after winning gold in the men’s team sprint along with Evan Carey and Joseph Veloce. Of the six gold medals awarded so far in track cycling, Canada has won five of them. 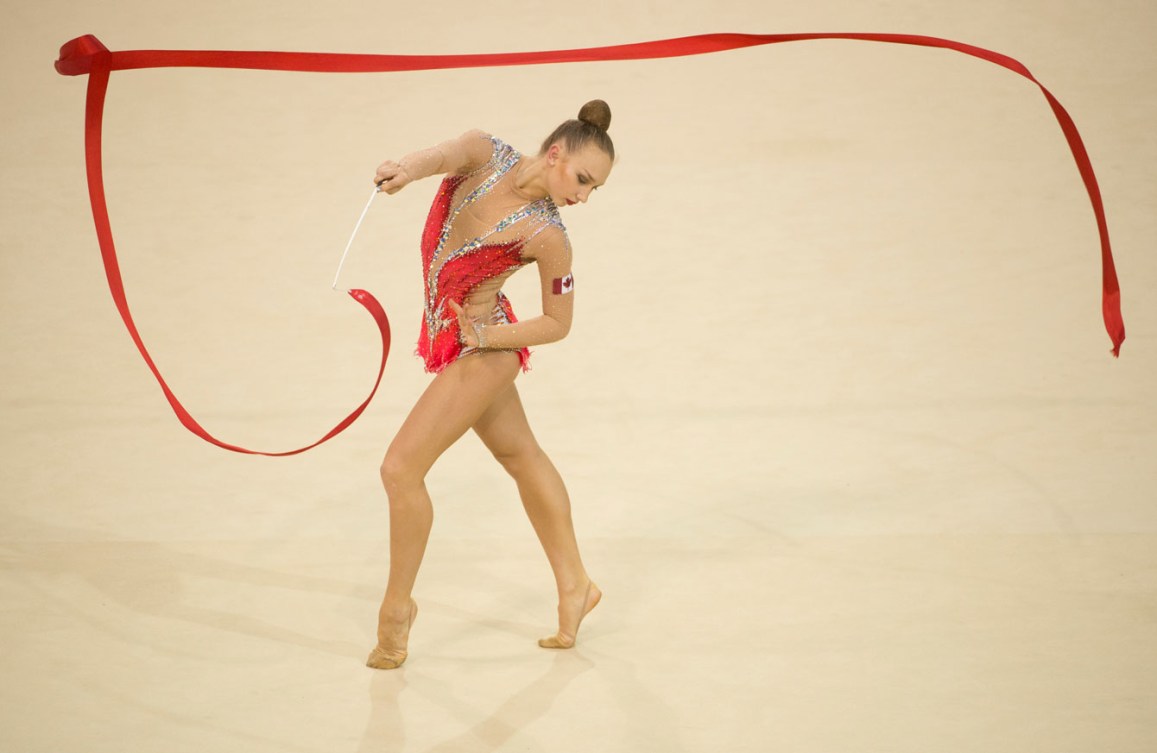 Patricia Bezzoubenko won bronze in the individual all-around, coming back from a tough first day of competition on Friday, which began with her dropping the hoop and having it roll out of bounds. She responded with the third-best ball routine, putting her in good position to reach the podium on Saturday. Bezzoubenko’s clubs routine earned the second-highest score of the rotation, putting her in third place heading into the final rotation, ribbon. She dropped the apparatus once, but as her music said, the show must go on, and her final overall score of 60.399 kept her on the podium.

Coming in as a five-time gold medallist from the 2014 Commonwealth Games, Bezzoubenko hoped for another win here, but acknowledged that the competition was much tougher in Toronto. “Yeah sure I’m happy,” she said about her bronze medal. “All competitors were so strong, they have difficulties the same as I have. This year I’m already better than last year. Only because the competitors here are more strong than in Glasgow, that’s why I didn’t show all my success that I had.” 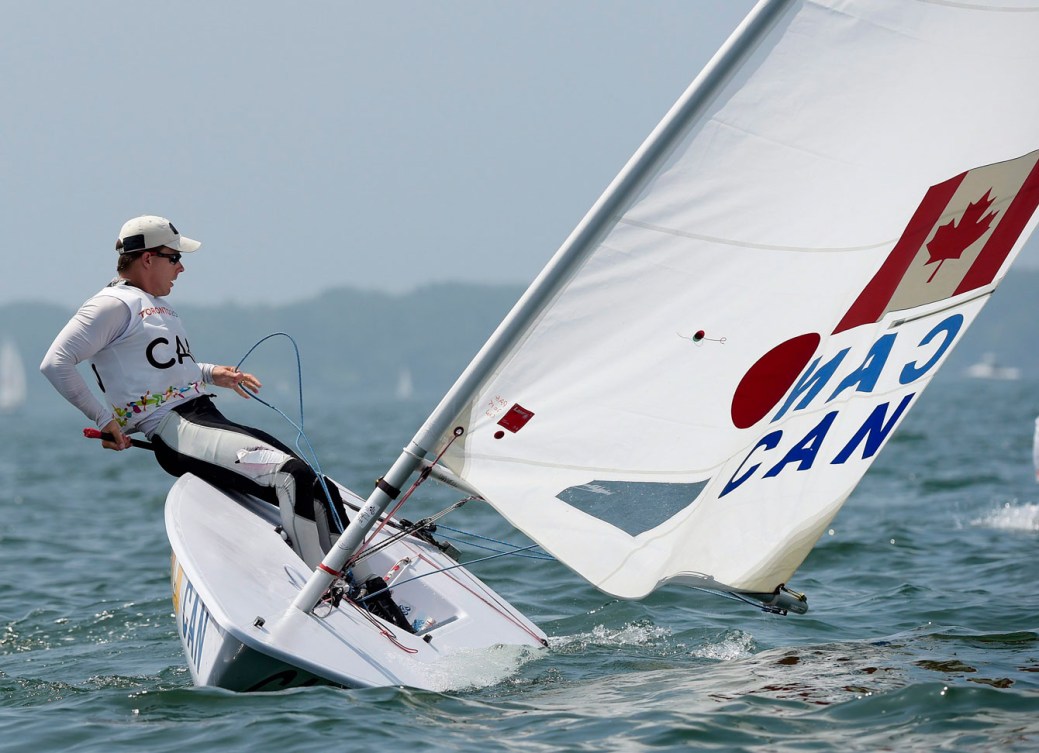 Lee Parkhill won Canada’s first medal of the Pan Am sailing regatta, taking bronze in the Laser. In the first 12 races, Parkhill recorded three wins and two second place finishes, helping him qualify for the final medal race in which the points available for positions are doubled. Parkhill placed sixth in the medal race, but still held on for the bronze medal with a four point margin. He finished behind Guatemala’s Juan Maegli Aguero and two-time Olympic champion Robert Scheidt of Brazil. 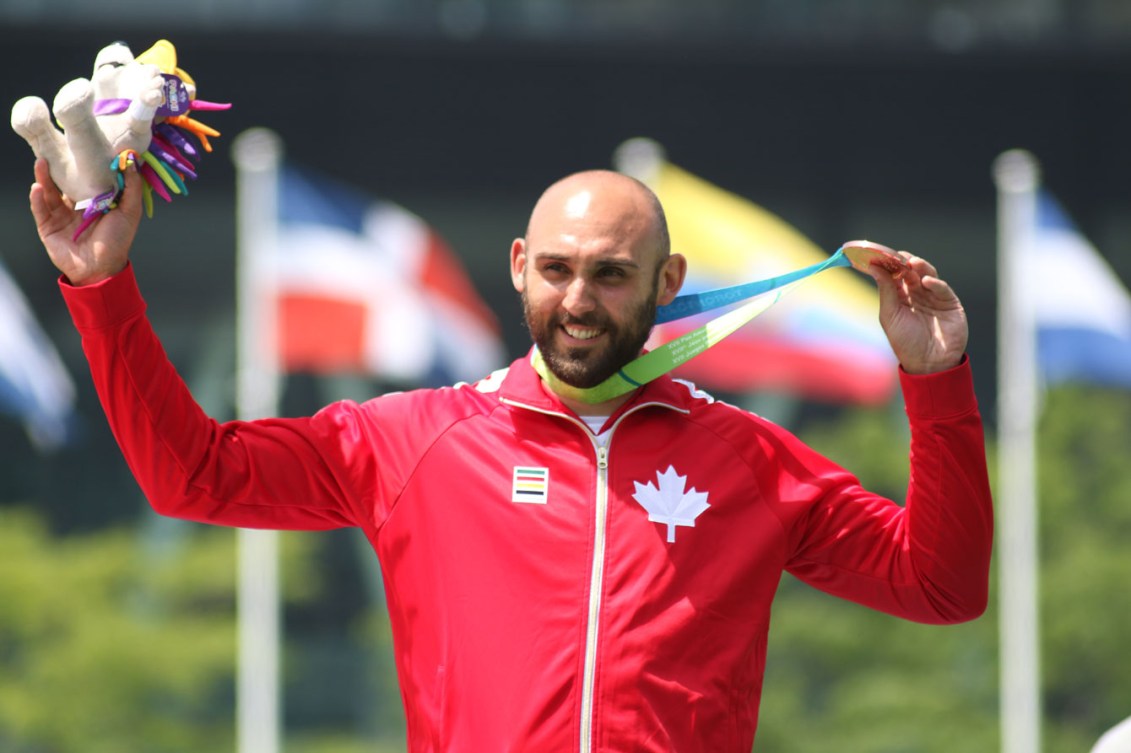 In his third Pan Am Games appearance, Jay Lyon won his first individual medal, taking bronze on Saturday to add to the team silver he won in 2007. Lyon was the only Canadian archer to advance to the semifinals, where he was defeated in straight sets by defending champion Brady Ellison of the United States. Lyon then faced another American in the bronze medal match, this time getting the upper hand on Zach Garrett, also in straight sets. 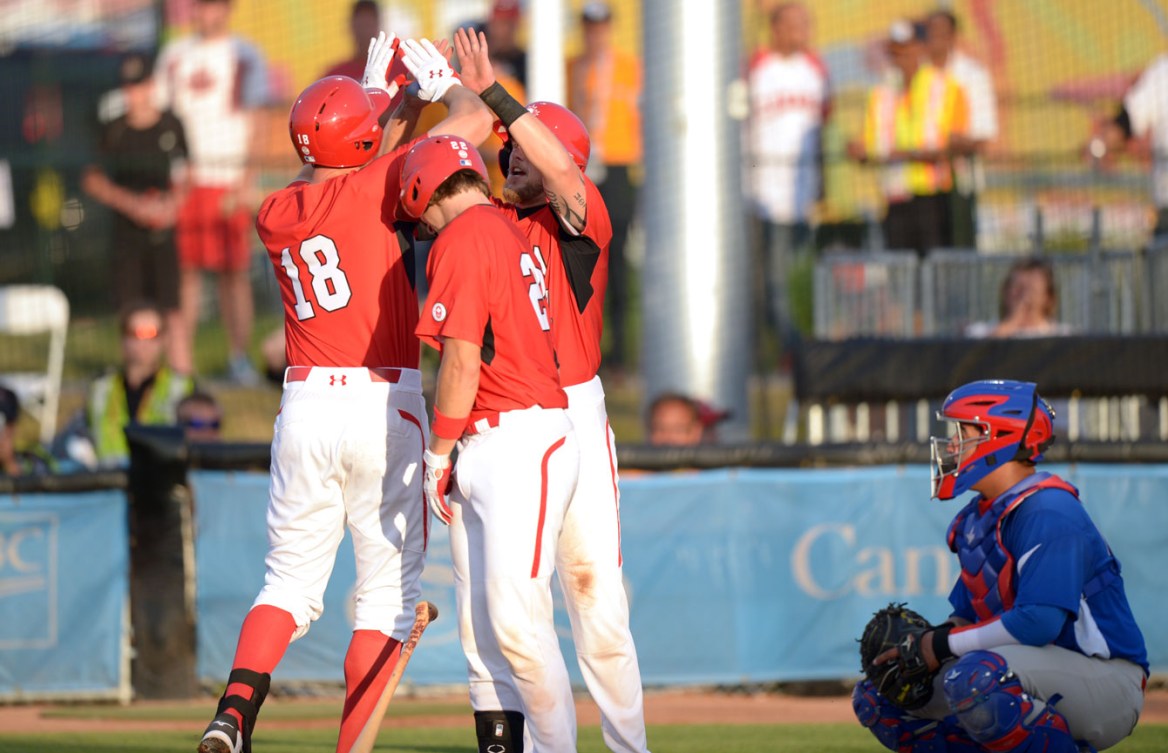 On Sunday the Canadian men will get a chance to defend the gold medal they won four years ago at Guadalajara 2011 after winning their semifinal matchup against Puerto Rico 7-1. They scored two runs in each of the first three innings and didn’t allow the Puerto Ricans to get on the board until the top of the ninth. Pete Orr, Jordan Lennerton and Brock Kjeldgaard had two RBIs apiece. Phillippe Aumont pitched eight innings, giving up three hits and striking out eight. Canada will face the United States for gold. 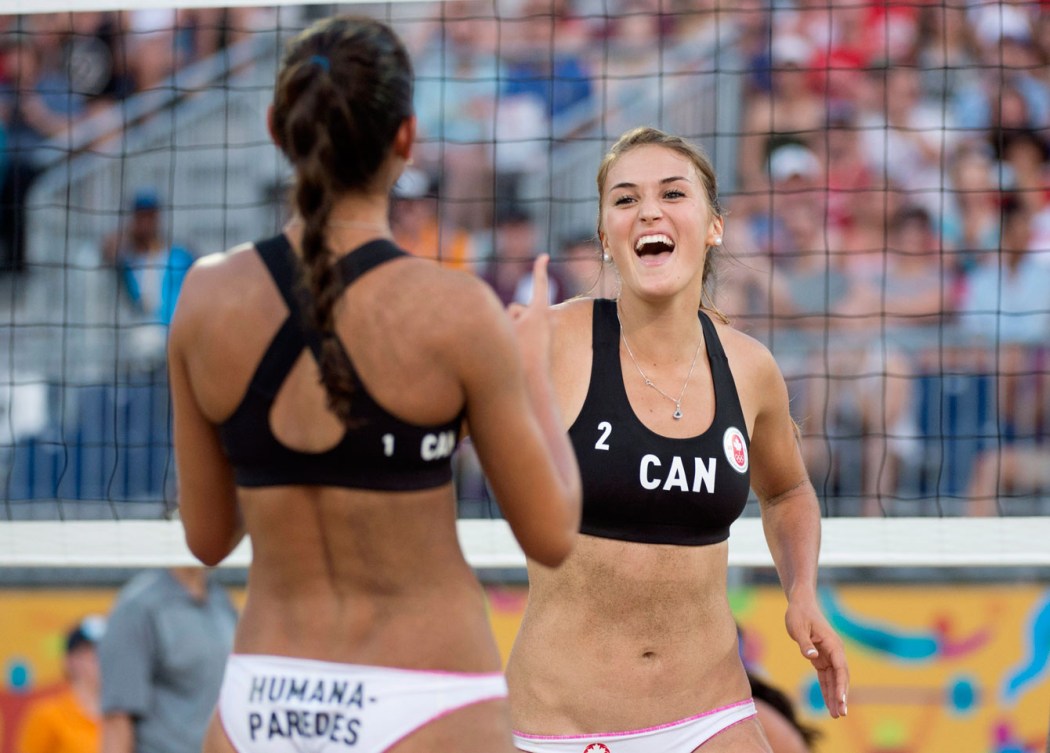 The dynamic duo of Taylor Pischke and Melissa Humana-Paredes slammed their way past Costa Rica 21-12, 21-12 on Saturday. They advance to the women’s beach volleyball semifinals, where they will take on the Cuban team of Lianma Flores and Leila Martinez. The men’s team of Josh Binstock and Sam Schachter put up a fight late, but were unable to win their quarterfinal matchup against Mexico, ultimately losing 19-21, 26-24. 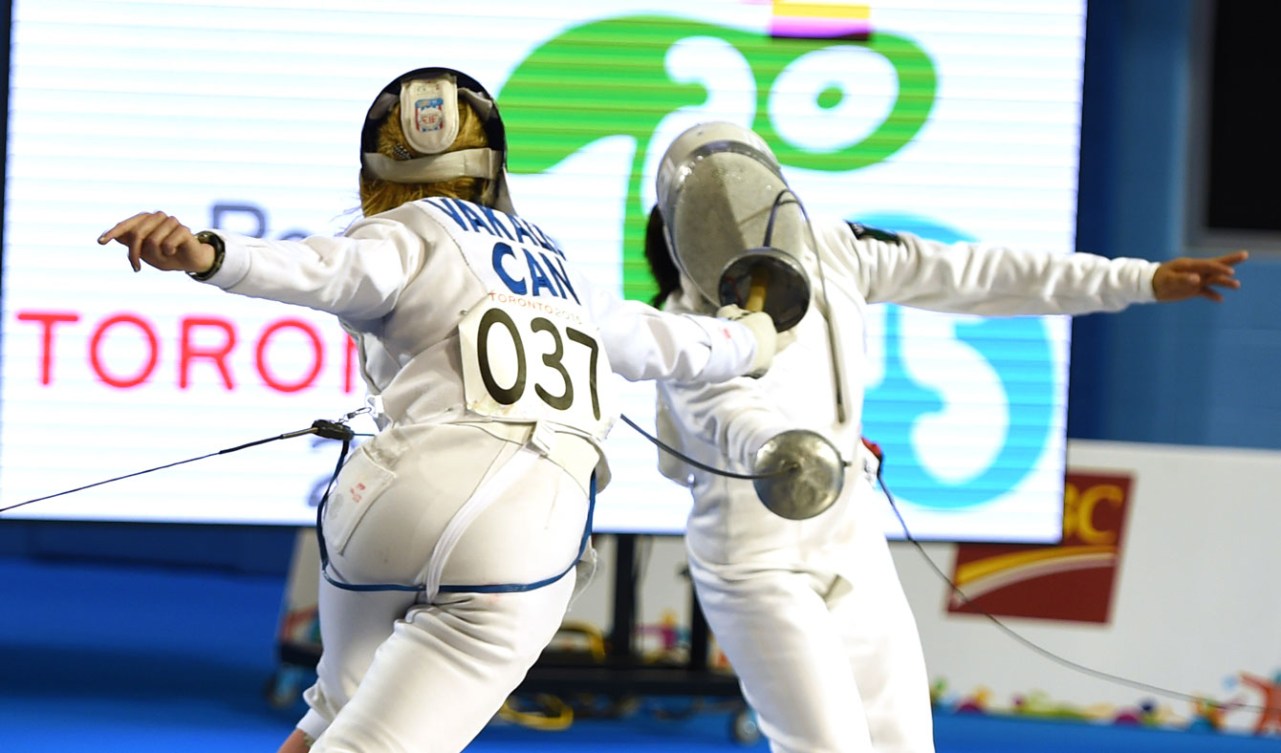 Donna Vakalis outkicked teammate Melanie MCann to finish fourth overall in the women’s individual event and earn an Olympic berth for Rio 2016. Vakalis had been ranked 11th heading into the final event, the combined running-shooting, but overtook McCann who was sitting in third after the fencing, swimming and riding portions of the competition.