Athletics events begin on Day 11 of the Toronto 2015 Pan American Games and it will be anything but a tepid start to the competition for Canada.

Three Canadian medal hopefuls will take to the track – and field – straight away on Tuesday morning with women’s javelin, the 5000-metre race and men’s pole vault all starting before 10:15 a.m.

Canada’s Liz Gleadle is a top-two favourite in the javelin with a national record throw of 64.83 metres in 2015, however, her biggest gold medal threat, Kara Winger of the United States and that country’s event record holder, has tossed 66.47m this year. 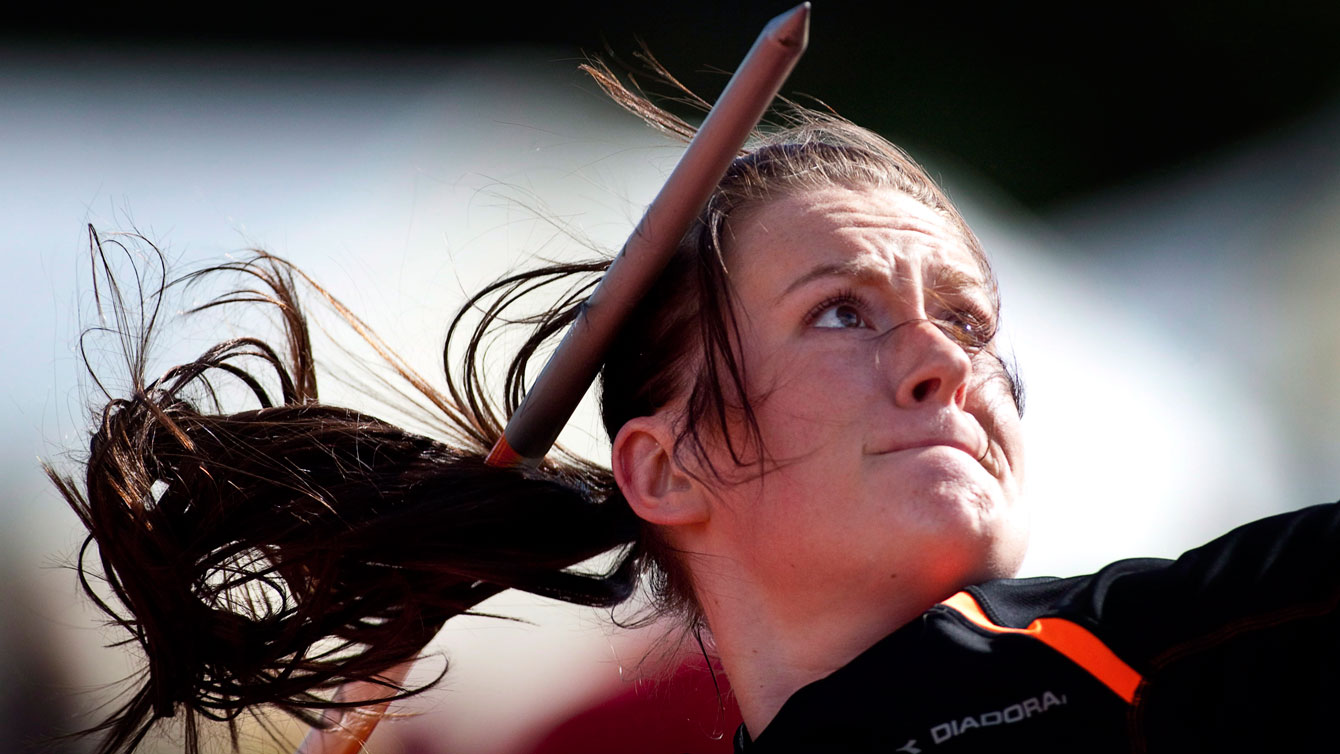 Elizabeth (Liz) Gleadle throws at the 2012 Canadian Track and Field Championships in Calgary.

The women’s 5000m features Jessica O’Connell for Canada, who has the fastest personal and season’s best (15:06.44) in the field. Distance racing in major competition gets runners to think about the podium over fast times and that can sometimes make it difficult to predict an outcome, despite recent form.

Men’s pole vault – like women’s javelin – should see a two-person showdown. Canadian record holder Shawnacy (Shawn) Barber has reached 5.91m this year, but Thiago Braz of Brazil has eclipsed that with 5.92. On his day, Jake Blankenship (5.80) of the United States could also crash the party.

There are five medal events in the evening session on the first day of athletics, but before that, fans will witness the ‘future of sprinting‘ at TO2015 in the men’s 100m heats when Andre De Grasse takes to the blocks at approximately 11:10 a.m. He is in a fast heat with Jason Livermore of Jamaica, and two other men who have run the 100m in sub-10 seconds, Kemar Hyman (Cayman Islands) and Daniel Bailey (Antigua and Barbuda). 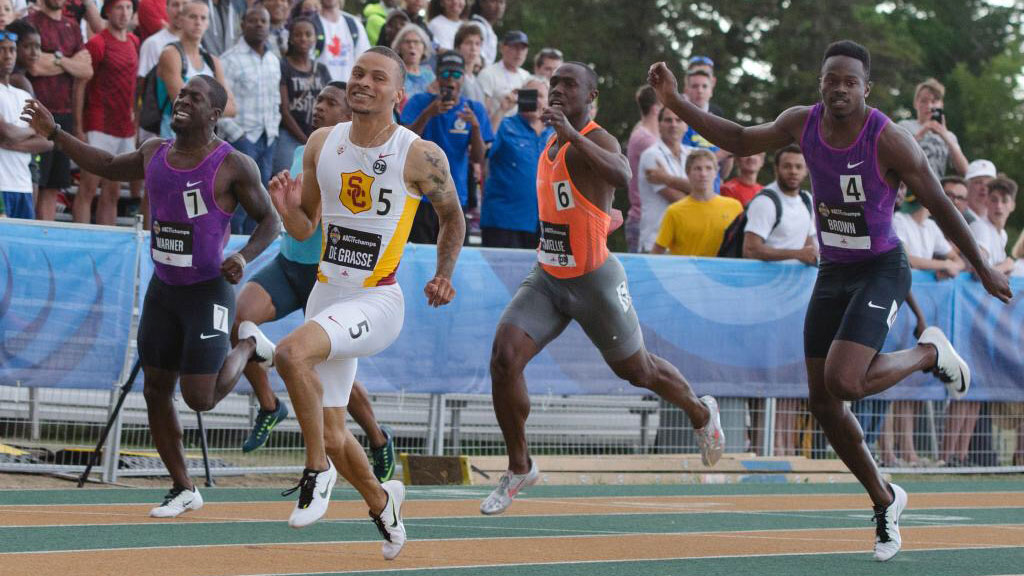 Now to those evening events.

Nobody can realistically expect to touch Olympic silver medallist and World Champion Caterine Ibarguen of Colombia in women’s triple jump. She is the returning Pan Am Games women’s champion in the discipline.

Men’s shot put could get interesting with five men reaching anywhere near 20.77 to 21.00 metres this year. Canada’s Tim Nedow, who has an all-time personal best of 20.98, will need a monster outing to compete with the likes of O’Dayne Richards of Jamaica (21.61 PB) and Argentina’s German Lauro (21.26 PB). 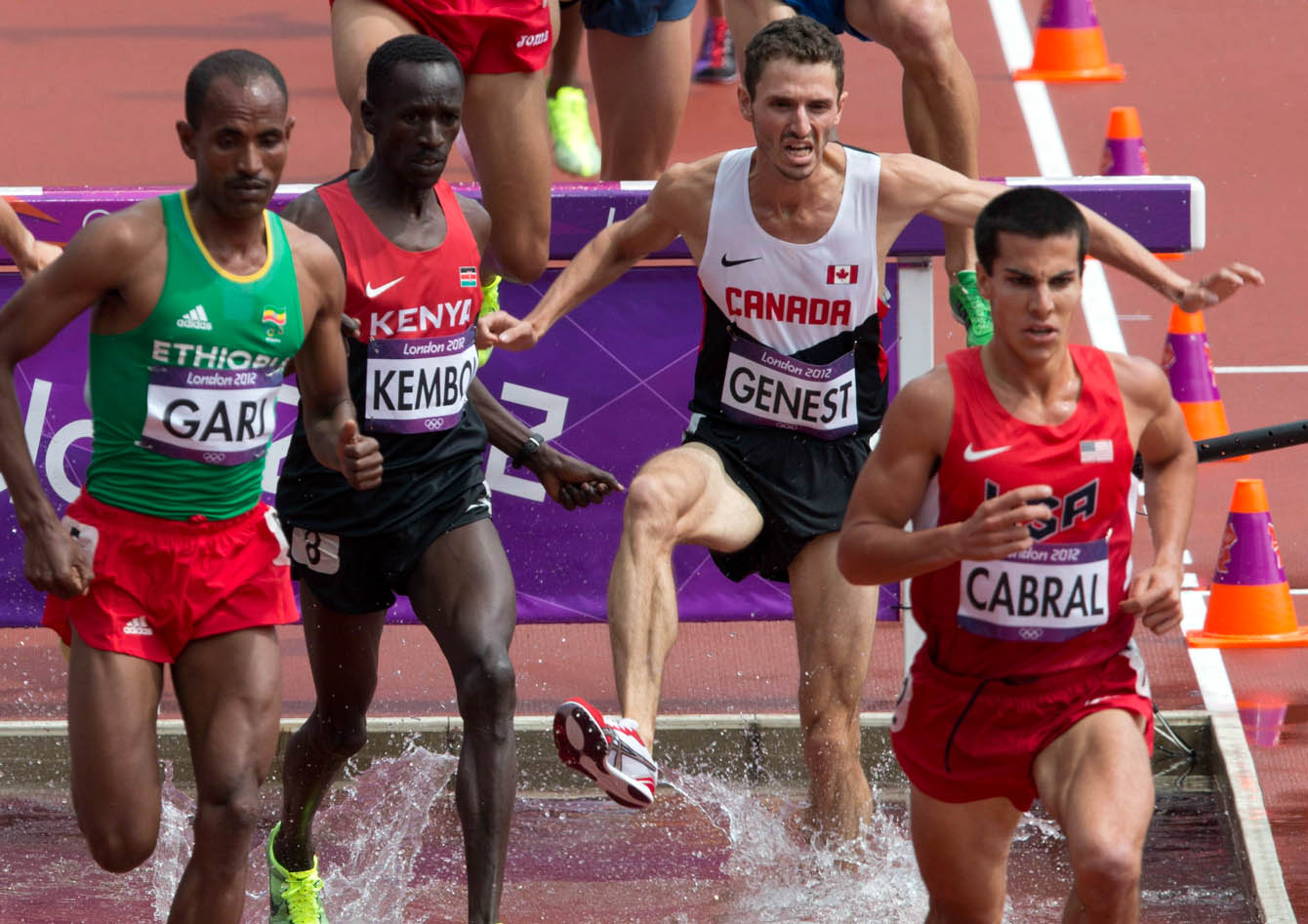 Matt Hughes of Canada is the class of the field in the men’s 3000m steeplechase. His 8:11.64 PB and 8:20.34 this season are both standout times. Not to be overlooked is his teammate Alex Genest (8:24.84 PB). A pair of Americans – Cory Leslie and Donnie Stewart – could also compete.

Canadian Sultana Frizell will be the favourite in women’s hammer throw. She has launched a 73.66m throw this season; no other women’s competitor at TO2015 has thrown the hammer at 73-metres in 2015.

App & other stuff, how to follow Team Canada at TO2015

Final medal competition of the day, the men’s 10,000m is likely to be decided in the final few laps – as is usually the case in high-profile races. Canada’s Mohammed Ahmed is enjoying the best season of all runners in this event, although there is a Mexican, Ecuadorian and two American runners in the field who will fight him for gold before the home crowd.

The final event of the evening will be in the women’s 100-metre hurdles, where Canadian Phylicia George is marked out as a favourite in front of a home crowd if she can get close to her 12.65 PB.

Raymond Dykstra has dreamed of competing for Team Canada ever since he spent a week home from school sick with...

Marie-Josée Le Jour only went to the try outs for her high school track and field team because whoever qualified...