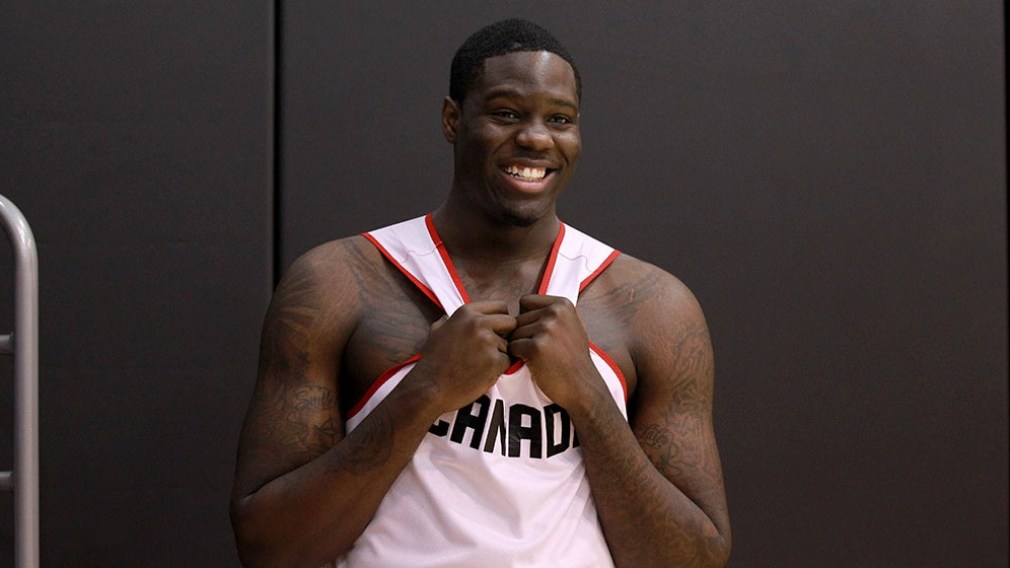 The men’s basketball team was the last group of athletes nominated to Team Canada at Toronto 2015, but they are set to get their competition underway on Tuesday.

Following their training camp from July 12 to 17, Basketball Canada released the list of 12 athletes who will suit up with the maple leaf on their jerseys (see the entire list below). Men’s national team general manager Steve Nash and head coach Jay Triano will be hoping the men can have a similar result to the women’s team. On Monday night the women upset the USA to win Canada’s first ever Pan Am Games gold medal in basketball.

The team includes a great mix of youth and experience, with three players on the team having played in the NBA at some point this past season: Anthony Bennett, Andrew Nicholson and Sim Bhullar. Also help guide the leadership group will be several players who have become Team Canada stalwarts in Aaron Doornekamp, Carl English and Brady Heslip. The veterans will be expected to lead a young group of college standouts, including Kyle Wiltjer, Dillon Brooks and Melvin Ejim, as well as recent high school graduate Jamal Murray. 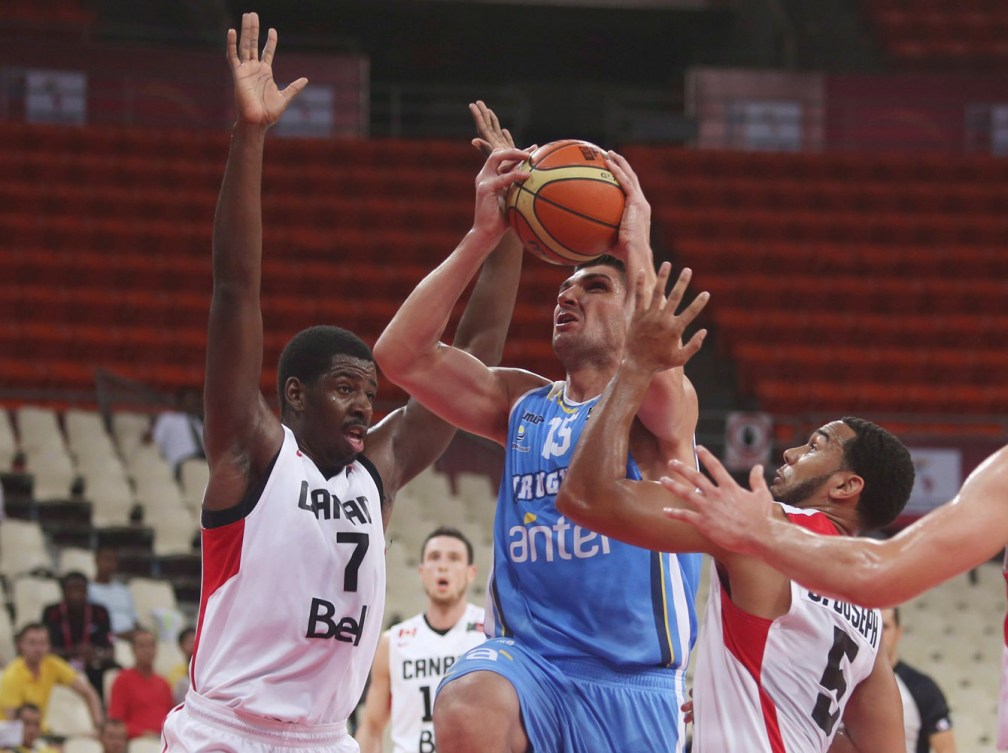 Andrew Nicholson (left) is one of a handful of players on the Toronto 2015 squad who has played in the NBA.

Unfortunately for Canada, several of the country’s best players (such as Andrew Wiggins, Tristan Thompson and Cory Joseph) will not be at Toronto 2015, in order to rest ahead of the FIBA Americas Championship, which tips off on August 31st. The FIBA Americas is a direct qualifier for Rio 2016, with the top two teams (other than the USA and Brazil, who have already qualified) booking their spot in next summer’s Olympics Games. For clarification on Olympic qualification click here.

Of the players participating at Toronto 2015, Bennett is one that stands out. He was one of the most-hyped basketball players to come out of Canada since Nash. In 2013 Bennett became the first Canadian to be selected first overall in the NBA Draft, one year before Wiggins. Unfortunately, the first two years of his pro career have not gone as planned with injuries and a trade to Minnesota having a big impact. 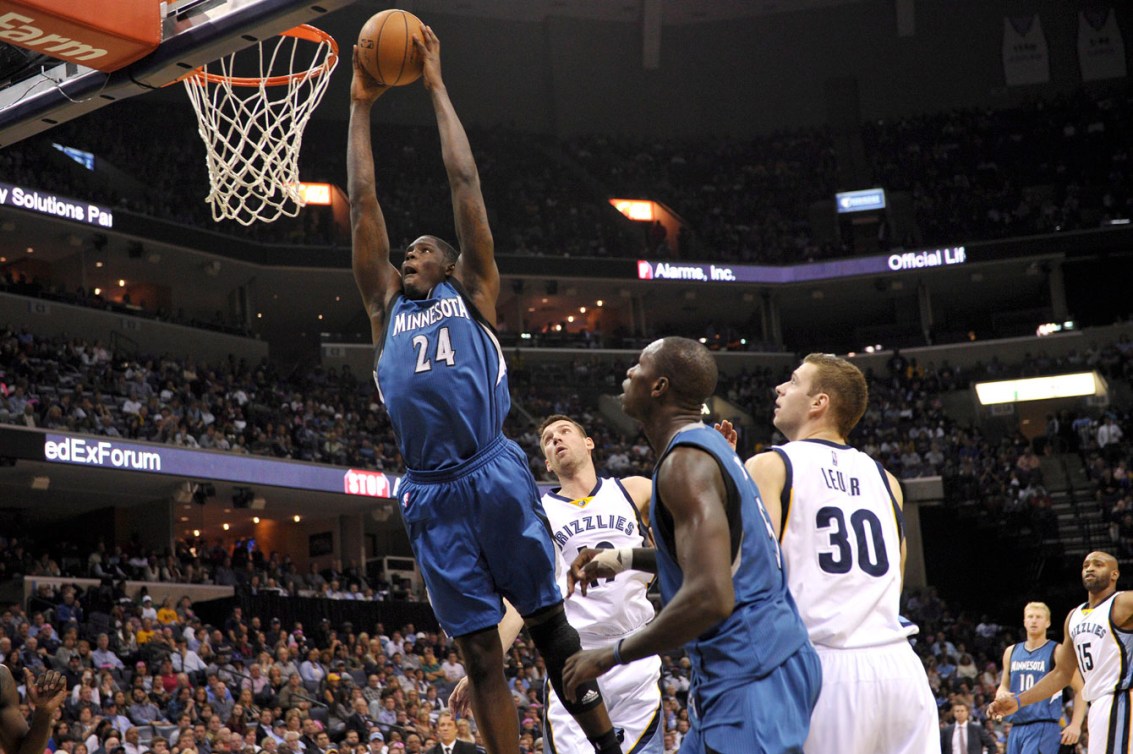 Anthony Bennett was traded to Minnesota last offseason along with Canadian Andrew Wiggins.

Many Canadian basketball fans are hoping that Bennett can find his stride in the international game. He is one of a few players in the tournament who can create his own shots and truly carry a team. Coach Triano will be relying on Bennett to lead the offense as well as create shots for the younger, less experienced players on the team.

One of the younger players that he will be expected to groom is 17 year-old Murray, who recently committed to play for the Kentucky Wildcats in the fall and is another highly-touted prospect coming out of the great white north. He will hope to find his way to the NBA after one season in college ball, similar to Bennett and Wiggins.

And if the men need a bit of inspiration: 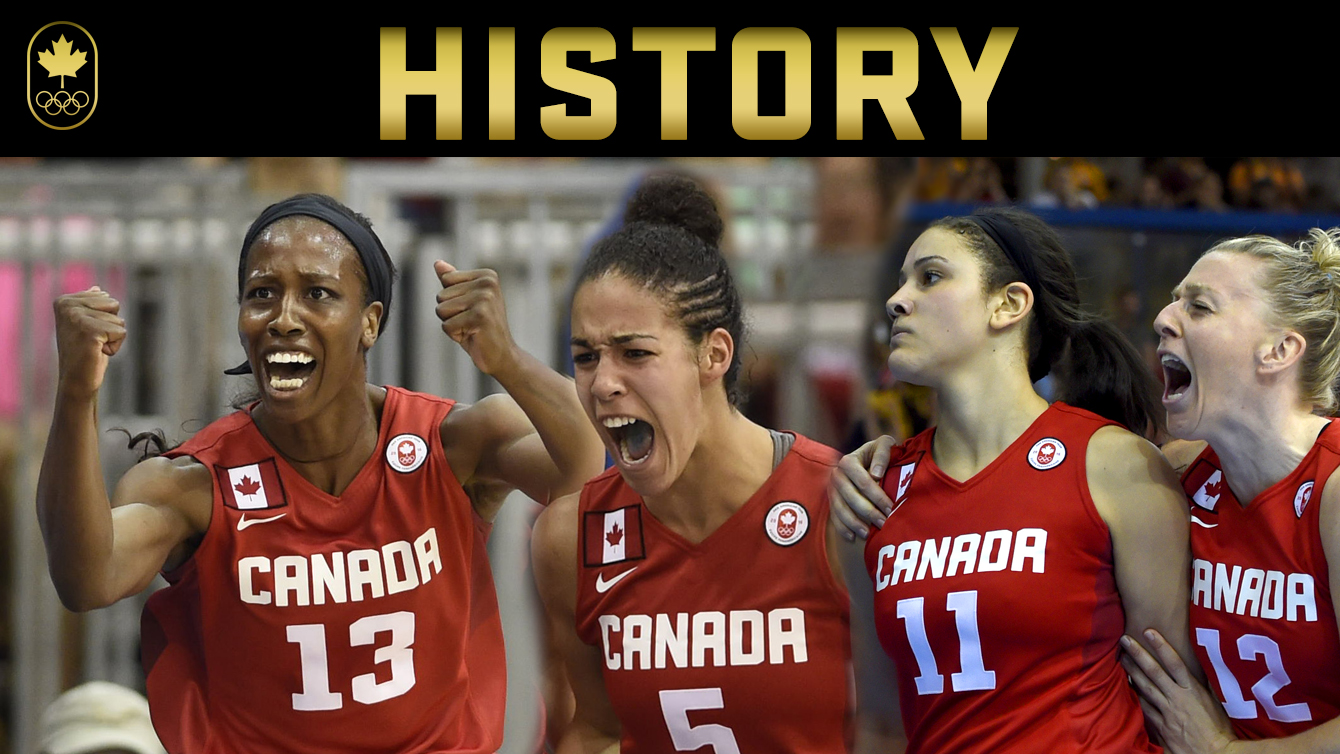 Men’s basketball team ready to tip off at TO2015
What is the difference between racquetball and squash?
Shuttlecock and balls: The fastest moving objects in sport
Figure Skating: Keegan Messing wins bronze at Skate America
Adventure, culture and food: 9 things Peru is famous for
Team Canada and Hudson’s Bay unveil Tokyo 2020 uniform kit