Men’s volleyball loses semi to Argentina, will play for bronze

The men’s volleyball team fought hard, but were defeated in their semifinal 3-1 by a very strong team from Argentina on Day 14.

As a result, the Canadians will be forced to settle with playing for the bronze medal on the final day of Toronto 2015. The Argentinians gave Canada several chances to wake up, but the home team was unable to get it together, with Argentina taking the win 28-26, 20-25, 25-21, 25-23 in front of a raucous crowd at Exhibition Place. 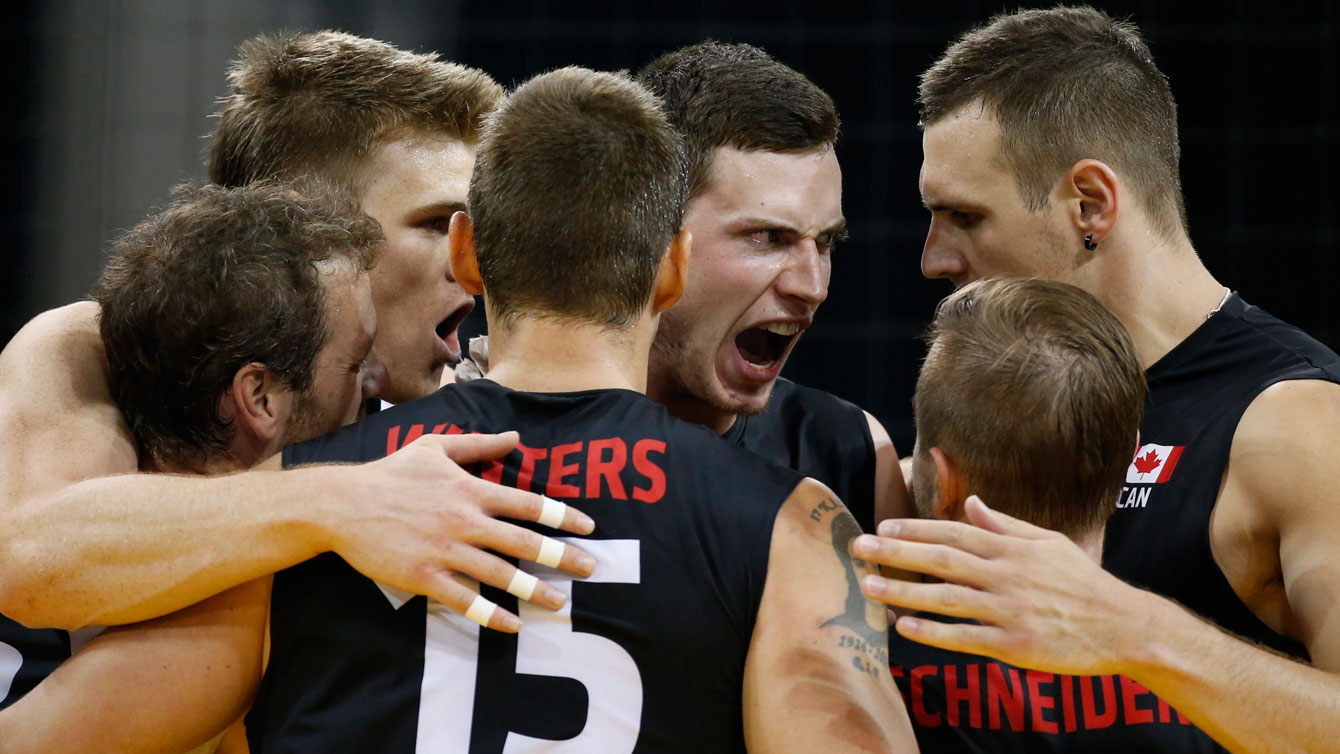 The men’s volleyball team lost their semifinal matchup against Argentina 3-1.

Canada’s men came out strong in the first set. Thanks to particularly good play by veterans Gavin Schmitt and Gord Perrin, the Canadians jumped out to an 18-13 lead. The Argentinians battled back though, taking five of the next six points to cut the lead to 19-18. The team traded points back-and-forth to close out the set, but Argentina would eventually take the opener 28-26.

The Canadians started the next set strong as well, finding themselves up 14-9 in the second. They continued to apply the pressure, stretching the lead to 20-13. Canada eventually took the set 25-20 to tie up the match at one set apiece. 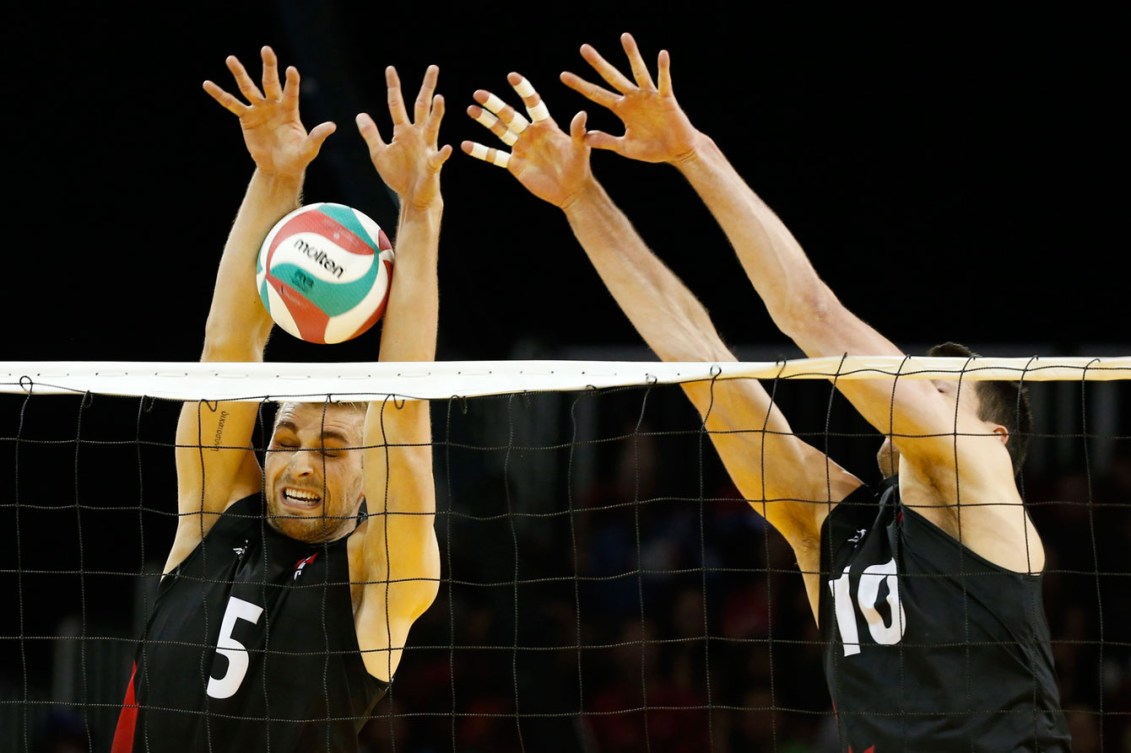 The Argentinians proved to be too strong for Canada, winning 3-1.

The third set saw even play to start it off, with Argentina out to an 8-7 lead at the first technical time out. The teams stayed evenly match throughout most of the third, with Canada behind 15-13 partway through. Argentina would hold the lead for the rest of the set, taking it 25-21 to go up two sets to one.

Thanks to more great play by Schmitt, Canada managed to take a 5-2 lead early in the fourth set. They kept playing well, up 13-10 at the midpoint of the set. Canada maintained the lead through the second technical timeout, where they were up 16-14. Argentina battled back late in the set, eventually taking the fourth and deciding set 25-23 to advance to the gold medal match. 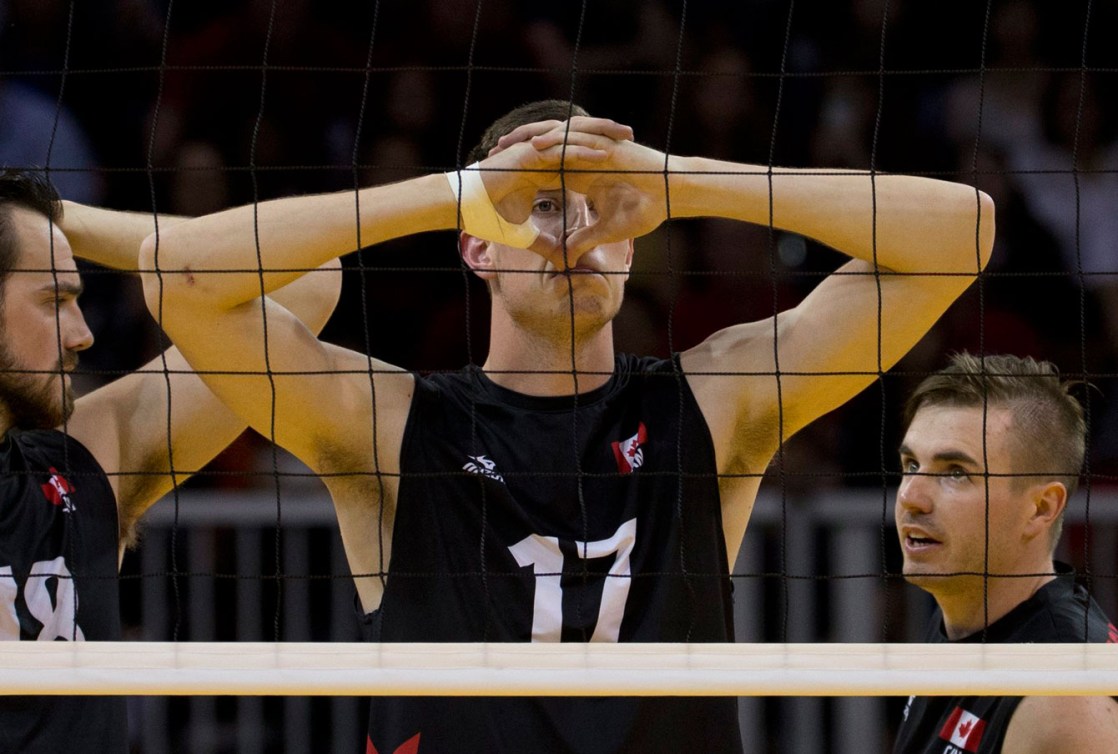 Despite keeping it close in each set, the Canadians were unable to overpower Argentina on Day 14 at TO2015.

Schmitt led the way for Canada, finishing with 25 points won thanks to 23/44 spiking and 2 aces. The announcer continually yelled “Schmitt Smash!”, to the delight of the crowd, as Gavin tried to push the team to victory. Unfortunately he couldn’t power them to the win, and they will play in the bronze medal match on Sunday against the loser of the other semifinal between Brazil and Puerto Rico. 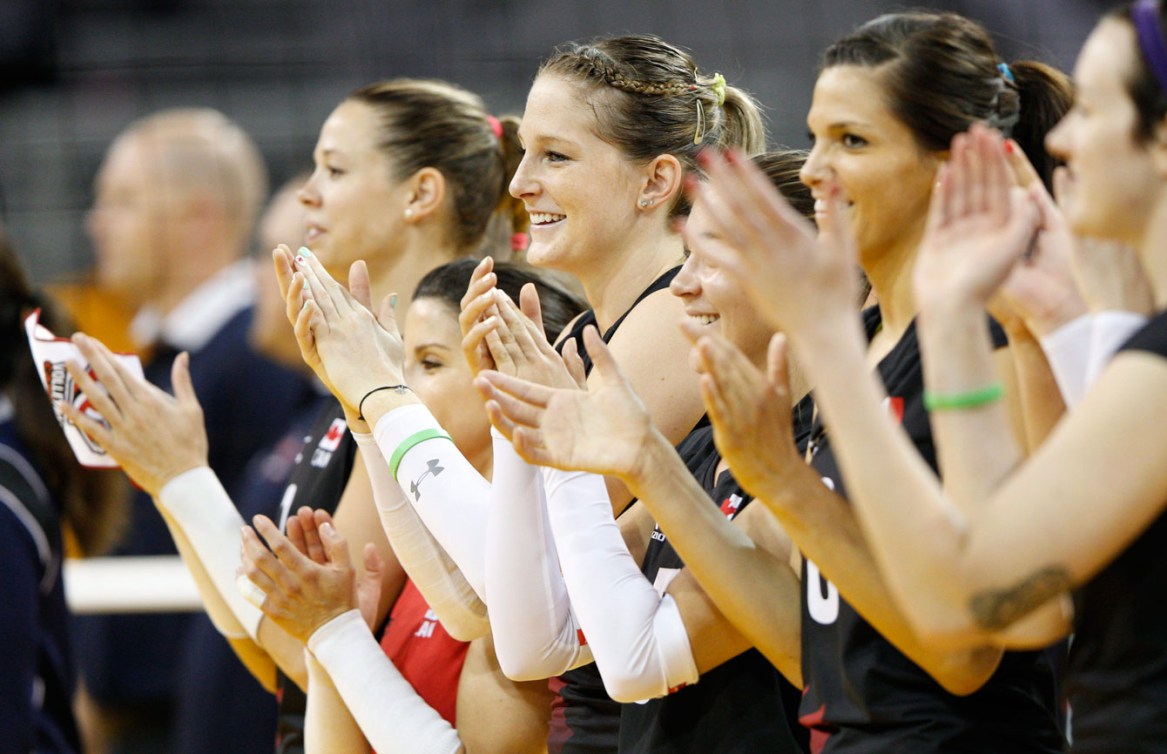 The women’s volleyball team played to an 8th place finish at TO2015.

Unfortunately the women’s team wasn’t quite as successful as the men. They lost their final match at TO2015 to Peru 3-2 on Day 13. As a result, they finished in 8th overall.