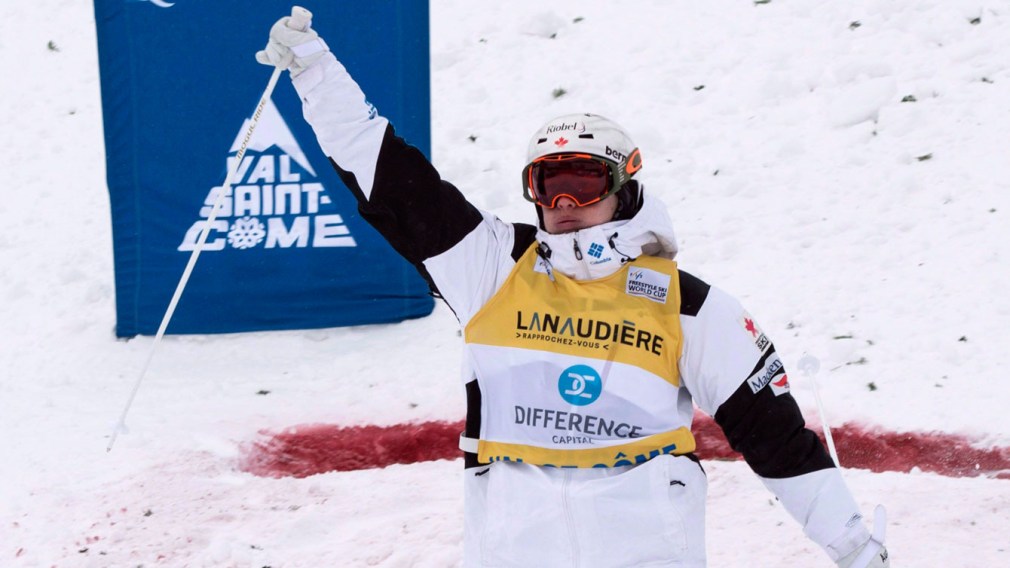 Mikaël Kingsbury is now the all-time wins leader in World Cup moguls after picking up his 29th career victory in Ruka, Finland on Saturday.

Beating Benjamin Cavet of France in the big final of dual moguls in the opening FIS freestyle moguls World Cup event of the season, the 23-year-old Canadian Olympic silver medallist, Kingsbury, nabbed his 29th win in just 62 events. Ikuma Horishima of Japan was third, defeating Phil Marquis of Canada in the small final. 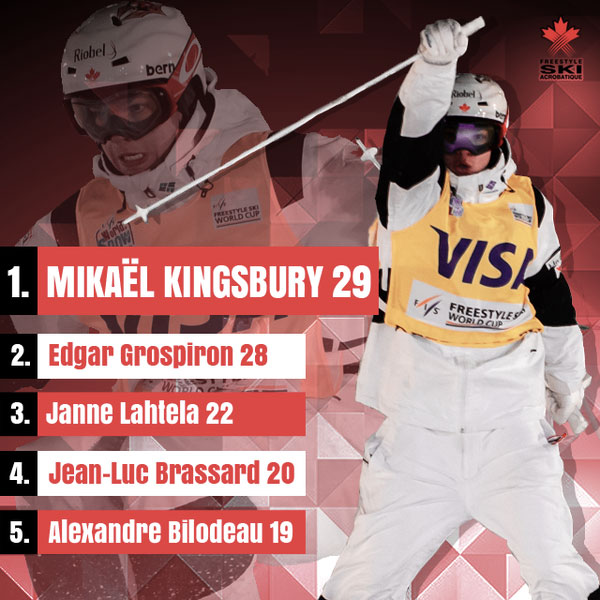 “I’m at a loss for words right now, but I feel amazing,” Kingsbury said during a Canadian Freestyle Ski Association conference call from Ruka. “I wanted to get this record out of the way as (quickly) as I could. We’ve had amazing training here the last couple of days.”

“It’s not every day that you beat a record like this,” Kingsbury said of breaking Edgar Grospiron’s mark. “This is what it must feel like to pass (Wayne) Gretzky in a statistical category. Now I want to extend the record as much as I can and make it untouchable.” 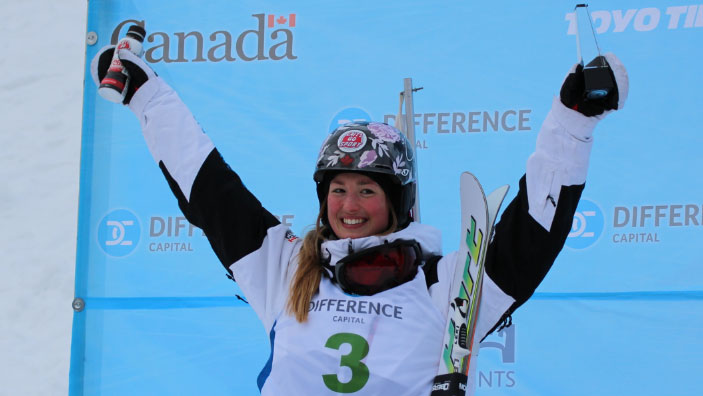 Another Canadian Olympic medallist, Chloé Dufour-Lapointe took third place in the women’s race after having trouble with the gate in her semifinal forcing her out of the big final, where Mikaela Matthews of the United States beat Regina Rakhimova (Russia) for first and second, respectively.

“I feel really proud of how my day went because I improved in every single run,” Dufour-Lapointe said. “I’m going to be even more ready next time.”

Moguls skiers will now begin their North American leg of the 2015-16 World Cup season that includes a pair of Canadian stops in Val-Saint-Come, Quebec (January 23, 2016) and Calgary a week later.

Kingsbury becomes all-time World Cup wins leader in moguls
What is the difference between racquetball and squash?
Shuttlecock and balls: The fastest moving objects in sport
Ana Padurariu: Facing the never-ending challenges of 2020
Pan Ams to Olympics: Toronto 2015 a boost to many Team Canada athletes
Team Canada Athletes Out of Isolation, Back to Training