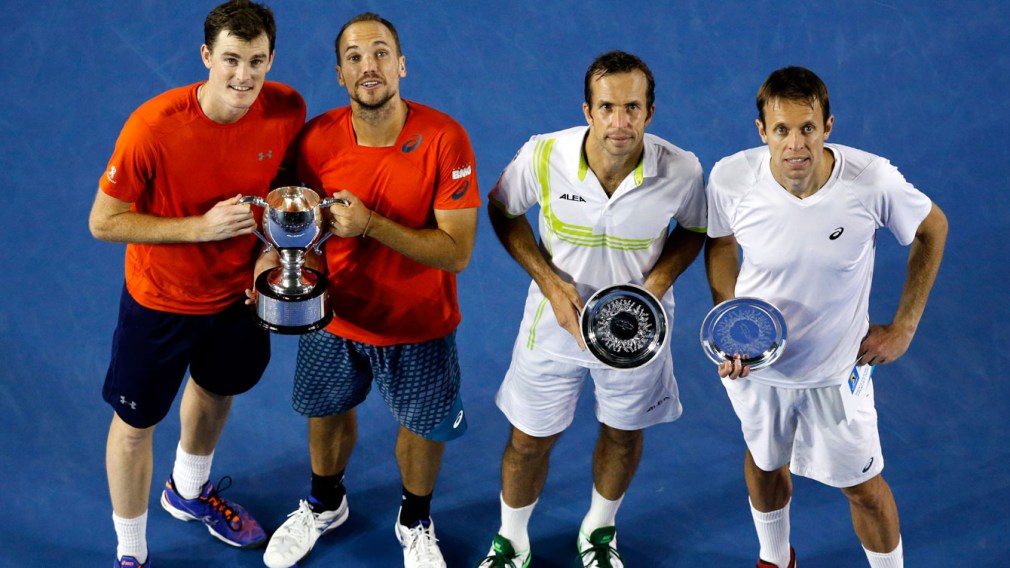 Canadian tennis legend Daniel Nestor will have to wait for his 89th title, after losing the men’s doubles final on Saturday at the Australian Open to Jamie Murray and Bruno Soares.

The 43-year-old Canadian and partner Radek Stepanek, 37, from the Czech Republic lost 2-6, 6-4, 7-5 to Murray of Great Britain and the Brazilian Soares in Melbourne.

RELATED: Canadians through the rounds in Australia 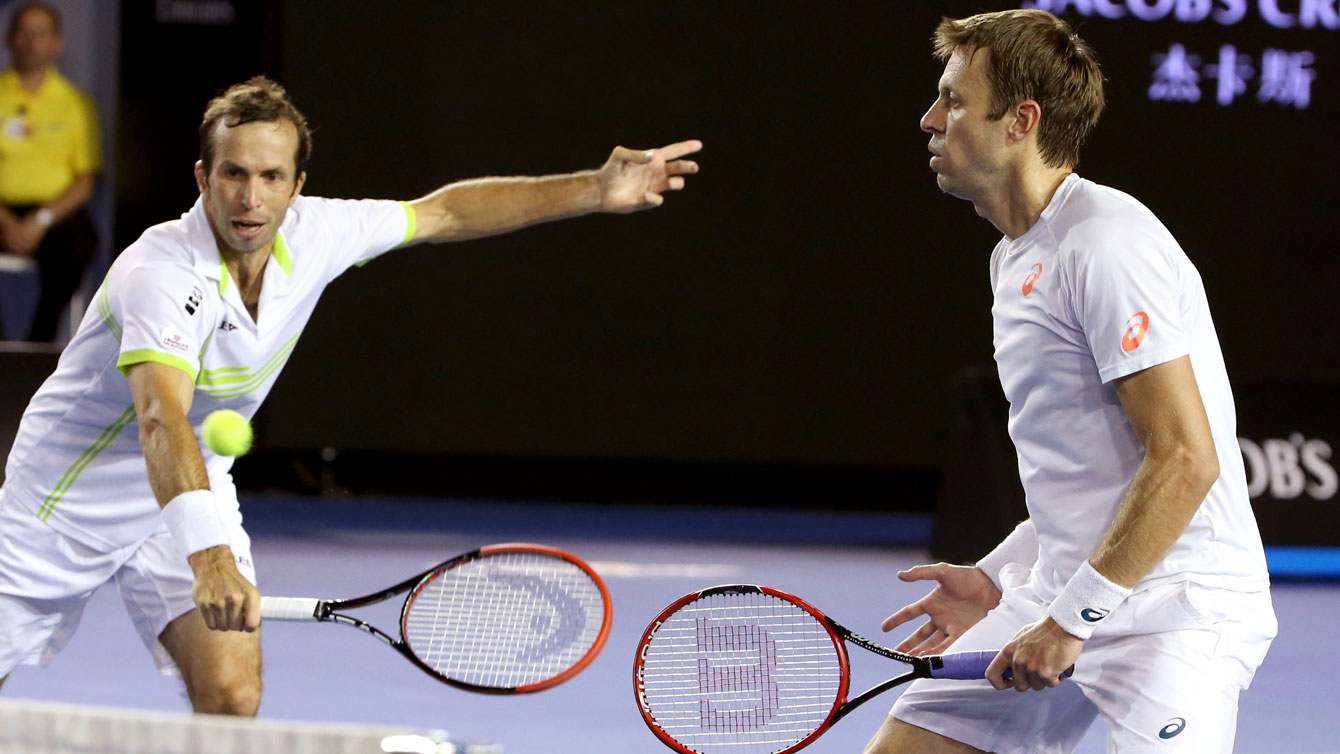 Radek Stepanek (left) reaches for a return as Daniel Nestor looks on at the Australian Open men’s doubles final on January 30, 2016.

Nestor and Stepanek saved a break point and took two from Murray and Soares to win the first set 6-2. The Canada-Czech duo were highly productive, hitting 12 winners and committing only a single unforced error during the set, which ended with a double fault from the eventual champions.

The match evened up in the second set when Murray and Soares were able to get a break that made the difference. It arrived on Nestor and Stepanek’s third service game when errors crept up on the duo. After saving three break points in each of their second and third games, a fourth deficit was one too many, when an unforced error on a backhand volley gave Murray and Soares the edge. Holding serve from that advantage, the Brit and the Brazilian won the set 6-4 to set up a deciding frame. 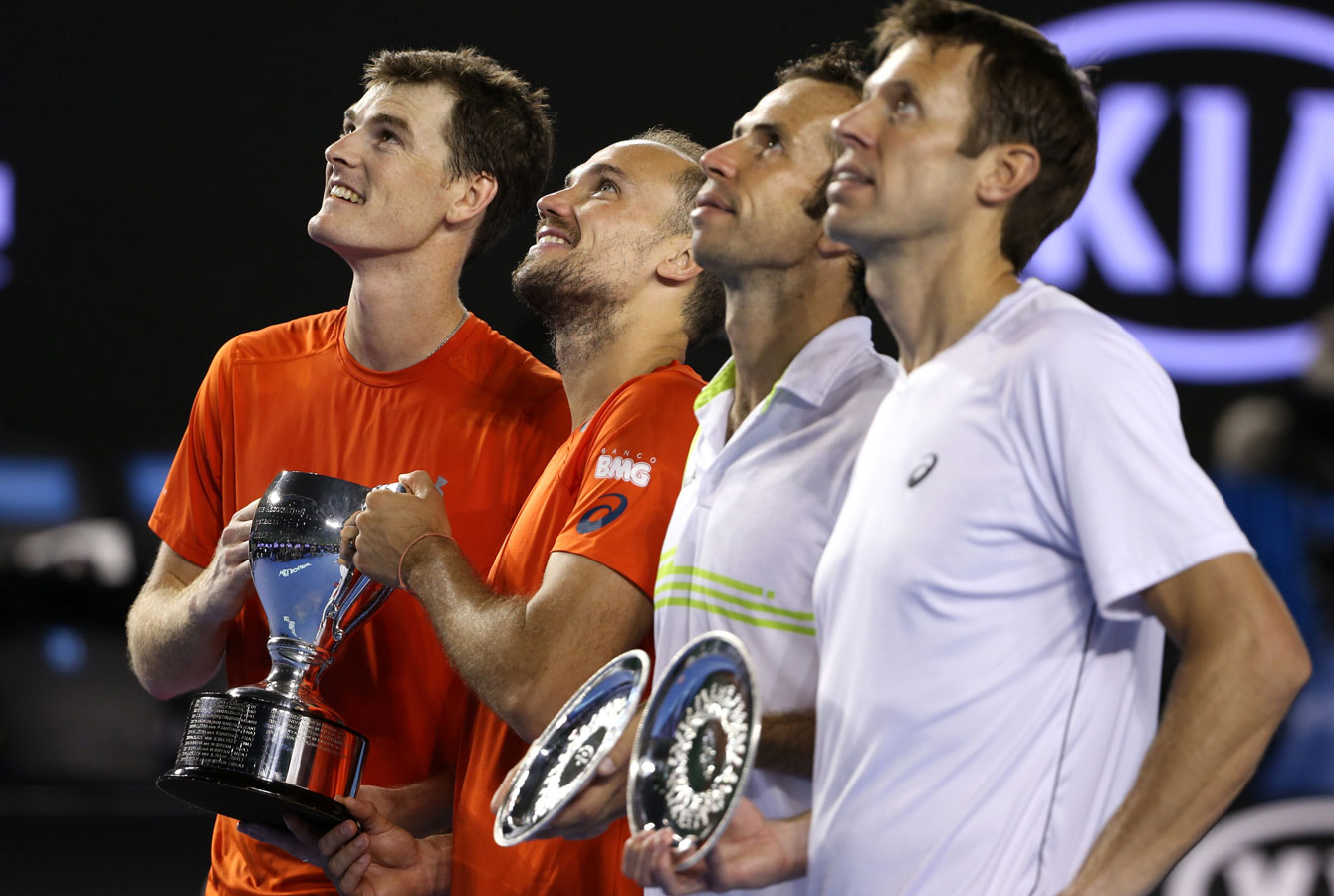 Daniel Nestor (right) holds the runner-up plate at the Australian Open after the men’s doubles final on January 30, 2016.

The increased pace to Murray and Soares’ approach, combined with a rise in errors for Nestor and Stepanek since the near-spotless opener, set the teams apart again. In the fifth game of the final set, a break gave the British-Brazilian team the 3-2 lead, which they consolidated on serve to go within two games of the championship. Serving for the title at 5-4, a re-energized Nestor had a couple of key returns to keep the match alive as he and Stepanek broke to make it 5-5. However, on next serve Nestor and Stepanek gave the break point right back to Murray and Soares, who then served out for the first Australian Open title for either men.

Nestor, an Olympic champion and winner of Canada’s only tennis medal at the Games, has 88 career ATP-level doubles titles and recently won his 1000th career doubles match, the fourth male player in history to reach that number along with Jimmy Connors, Ivan Lendl and Roger Federer.

Nestor and Stepanek finish runner-up at Australian Open
Figure Skating: Keegan Messing wins bronze at Skate America
What is the difference between racquetball and squash?
Shuttlecock and balls: The fastest moving objects in sport
Adventure, culture and food: 9 things Peru is famous for
Weekend Roundup: Team Canada athletes return to the podium