With contributions from Agnes Wong

While Canada (and the world) gears up for Rio 2016 in less than six months, we are also now just two years away from the start of the next Olympic Winter Games in PyeongChang.

But if this season is any indication, Canadian athletes are definitely ready to challenge for the podium in most sports. In part one, a look at alpine skiing, freestyle skiing and snowboard.

Larisa Yurkiw has been Canada’s star on the slopes, standing on three straight World Cup downhill podiums in Val d’Isere (third), Altenmarkt-Zauchensee (second) and Cortina d’Ampezzo (second), before narrowly missing with a fourth place finish in Garmisch-Partenkirchen. It’s even more impressive in this context: in the first four downhills, Yurkiw missed the podium just once, posting a strong seventh place finish on home snow in Lake Louise. The consistency has landed her in second place in the World Cup downhill standings, behind only American Lindsey Vonn.

Having missed all of last season following knee surgery, Erik Guay has reclaimed his spot as Canada’s top male alpine skier. In his first World Cup race in 20 months, he posted an impressive 10th place finish in the Lake Louise downhill to start the season. He proved that was no fluke with his fifth place in the classic downhill at Val Gardena. Guay and the men’s speed team were among those who competed on the first ever downhill course in South Korea at the first official test event for PyeongChang 2018 at the Jeongseon Alpine Centre. Yurkiw and the women will get their first shot at the Korean mountains in March 2017. 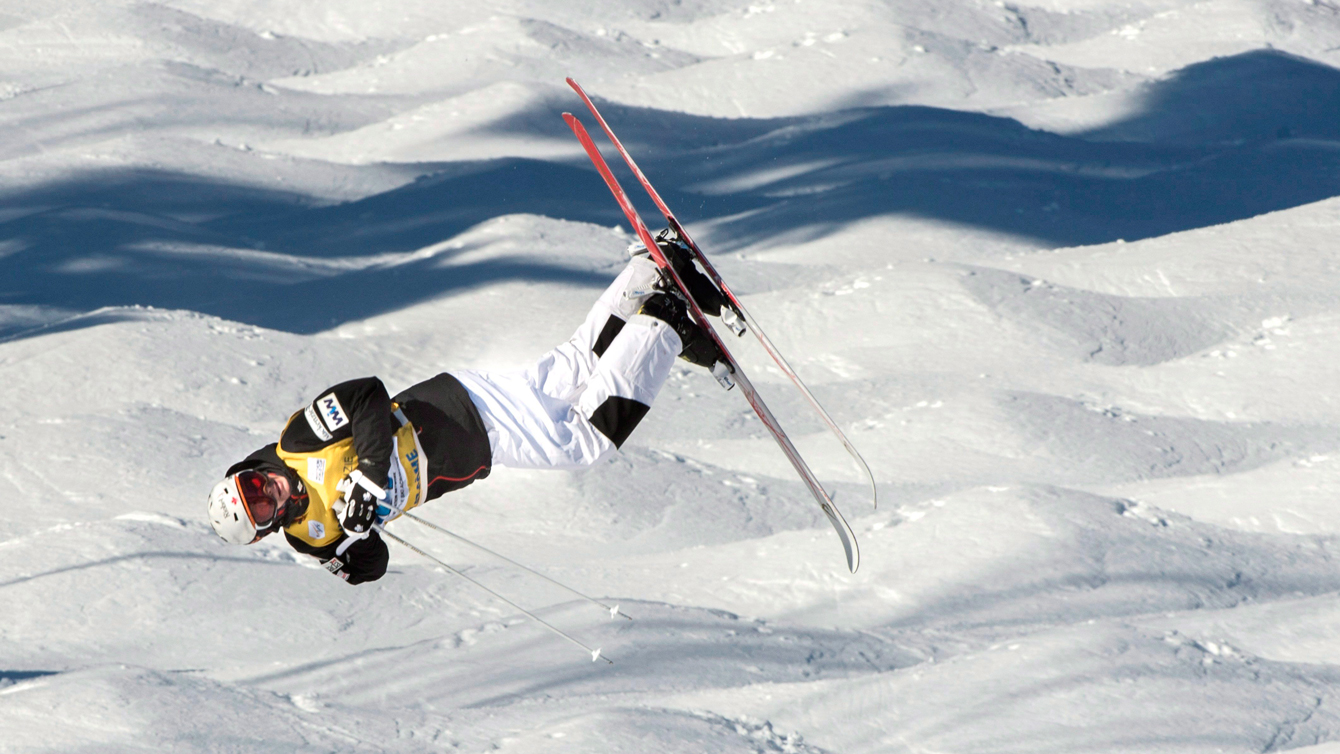 The first highlight of the season was Mikaël Kingsbury becoming the all-time World Cup moguls wins leader by claiming his 29th  victory in the non-Olympic dual moguls in Ruka. He continued his domination in Val Saint-Côme and Calgary with two more first place finishes in moguls, sharing the podium with teammates both times. In Quebec it was Laurent Dumais who finished third, while in Calgary Philippe Marquis was one spot back in second. Kingsbury looks well on his way to a fifth straight Crystal Globe.

“I had the experience of winning a medal at my first Olympics. It plays in my favor. For the next 24 months, I really want to put myself in high pressure situations to be sure that no matter what happens on the slope in PyeongChang I am ready to face any kind of situation. By doing that, I’ll be able to achieve a performance that will live up to my expectations.” – Mikaël Kingsbury

The Dufour-Lapointe sisters have been taking the World Cup by storm this season, sweeping the podium in Val Saint-Côme where Justine finished first, followed by sisters Chloé and Maxime.

A photo posted by Justine Dufour-Lapointe (@justinedufourlapointe) on Jan 25, 2016 at 12:46pm PST

There was another Canadian sweep a week later in Calgary where Chloé took the gold ahead of Justine and teammate Andi Naude. Then in Deer Valley, Justine returned to the top of the podium while Chloé and Maxime were third and fourth. No surprise that the Olympic medallists hold down first and second spot in the World Cup moguls standings.

It was also in Deer Valley where Olivier Rochon broke through for Canada’s first aerials World Cup medal of the season, as the former overall World Cup champion stood on his first podium in more than three years. 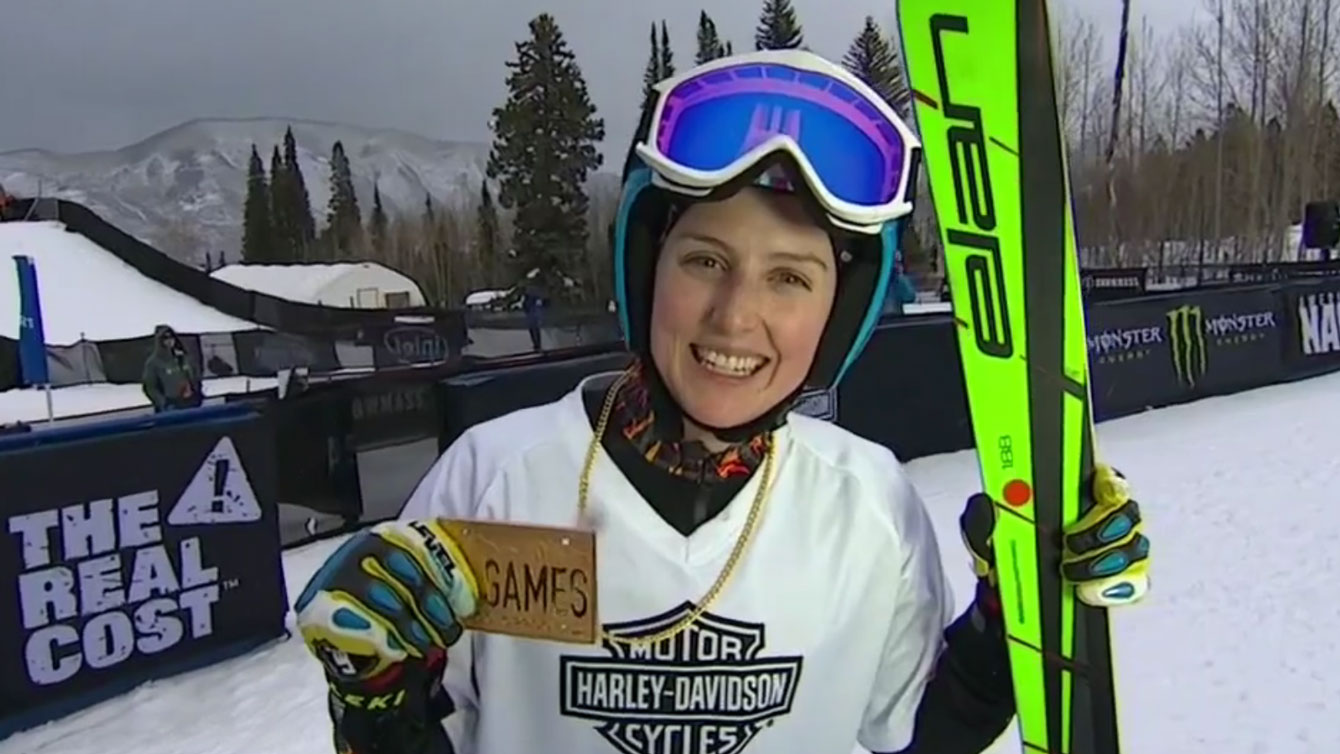 At the recent X Games, both Kelsey Serwa and Marielle Thompson reached the podium, winning gold and silver, respectively, in a reversal of their order of finish at Sochi 2014. It was the second X Games win of Serwa’s career and a great highlight in her comeback season after taking a year off to fully recover from injuries sustained before Sochi 2014. For Thompson, the medal went with her three World Cup victories this season.

“I had rushed recovery from a couple blown knees and finally after the Olympics made the decision to take that time off, let my body heal, so I can give myself the best opportunity to be competitive in 2018 in South Korea. It was a hard decision to make and I definitely missed the sport and I think that was a good sign that I wasn’t finished with it yet and that I wanted to come back.” – Kelsey Serwa

On the men’s side, Brady Leman also won gold at the X Games, adding to his five World Cup podium finishes. He was joined on the podium by teammate Chris Del Bosco in third place, who has two World Cup wins this season. The ski cross team will get a first look at their Olympic venue, Bokwang Snow Park, with their PyeongChang test event February 26-28.

In the two newest Olympic disciplines, Cassie Sharpe provided the halfpipe highlight of the season with her second place finish on the Dew Tour and fourth place finish at the X Games. Yuki Tsubota won the slopestyle World Cup stop in Mammoth while Olympic champion Dara Howell finished fifth at the X Games. The Olympic test event for slopestyle will take place February 18-20 at the Bokwang Snow Park in PyeongChang.

Big air is set to make its debut at PyeongChang 2018, a bonus for Canadian snowboarders. Max Parrot won gold at the recent X Games, one spot ahead of teammate Mark McMorris. The Olympic bronze medallist made up for it with a win in slopestyle, as another Canadian, Sébastien Toutant claimed silver.

McMorris had previously won the slopestyle event on the Dew Tour and at the Laax Open, where he led a first to fifth all-Canada finish and Parrot made history by performing three consecutive triple corks. Spencer O’Brien just won her first X Games gold along with a second place finish in slopestyle at the Dew Tour. The Olympic test event for slopestyle is around the corner at the Bokwang Snow Park in PyeongChang, February 19-21, followed by the snowboard cross February 25-27.

I cannot even put into words how incredible today has been. This has been a dream of mine since I was 13 years old and after ten years it finally became a reality. Thank you to my beautiful friends and family for believing in me and being there today, you'll never know how much it means to me. #gold #earnedthatshit #thankyou #letsparty Photo by @karirowe @nikewomen @rockstarenergy @mazdacanada @xgames

In part two we’ll look at how Canadians are doing in the sliding and Nordic sports.