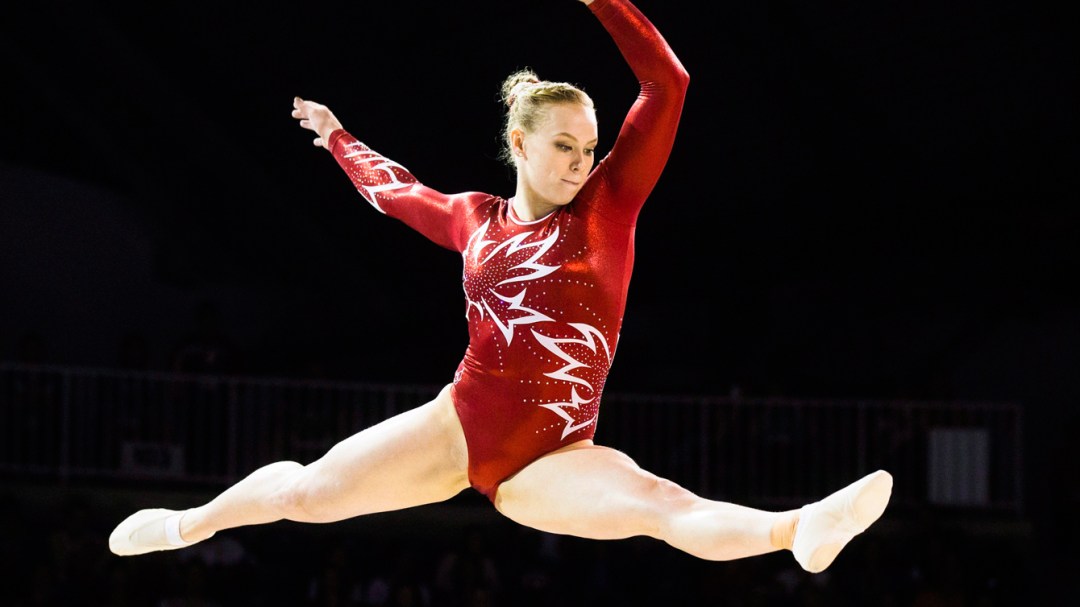 Feature: Ellie Black on her way to winning a gold medal in artistic gymnastics at the Pan Am Games on July 15, 2015. (THE CANADIAN PRESS/Mark Blinch)

Ellie Black got herself back on an international podium with a bronze medal at the American Cup in New Jersey on Saturday.

Next up were the uneven bars, which earned her 13.866 and moved her into a tie for third with Great Britain’s Amy Tinkler.

Black closed with her two strongest events, beam (14.400) and floor exercise (14.066), and although she had some wobbles on the former and she stepped out of bounds on the latter, she defeated Tinkler by 1.2 points.

A premier event on the gymnastics calendar, the American Cup has been held since 1976 and won by many of the world’s best gymnasts. Black improved from her fifth place finish last year.

Of note for Douglas, it was her first all-around victory since London 2012. She returned to competition last March after taking two and a half years away from the sport. She’s looking to become the first Olympic all-around champion to compete in the following Olympic Games since Nadia Comaneci in 1980.