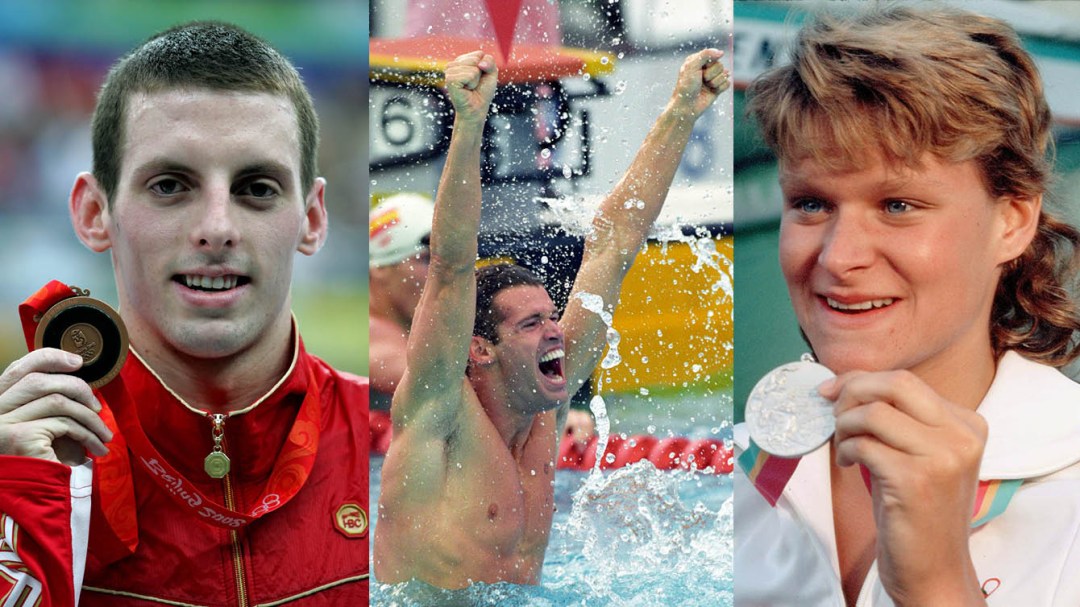 Canada’s top swimmers will race for a spot at Rio 2016, during the Olympic swimming trials at the Toronto Pan Am Sports Complex from April 5 to 10. 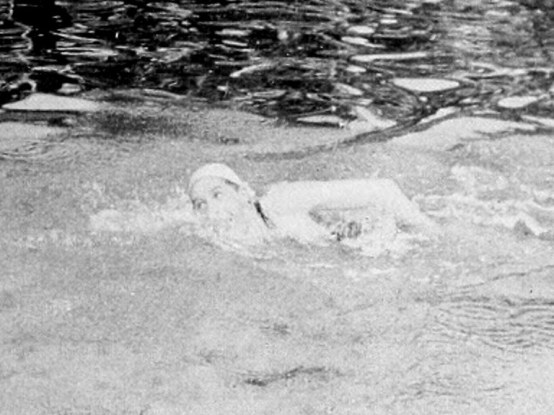 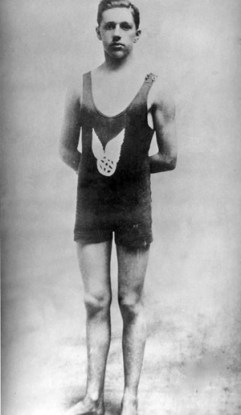 George Hogdson in his competition suit 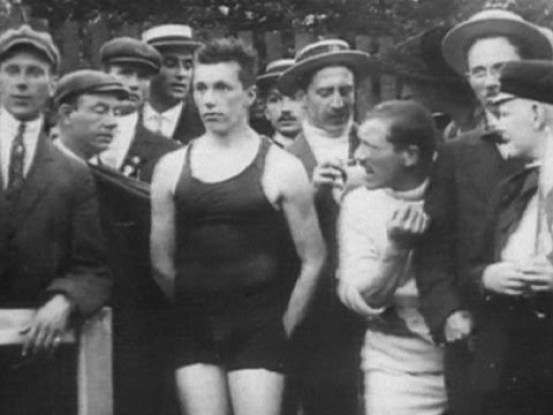 George Hodgson, center, eagerly awaiting the results of the test of 400 meters at the Olympic Games in Stockholm in 1912.

The year was 1912 and George Hodgson was the only Canadian swimmer at the Games in Stockholm. Despite being the nation’s lone swimmer, Hodgson left his mark as he became the first Canadian to win two Olympic gold medals. The 18-year-old’s first victory came after he smashed the 1500m world record, winning in 22 minutes. He followed up his impressive performance by topping the podium once more, in the 400m freestyle event.

The talented Canadian had a short swim career of only three years. After Stockholm, Hodgson retired to serve in the British Royal Navy’s Air Service where he was honoured for multiple rescues at sea.

Canadian swimmers save the Games 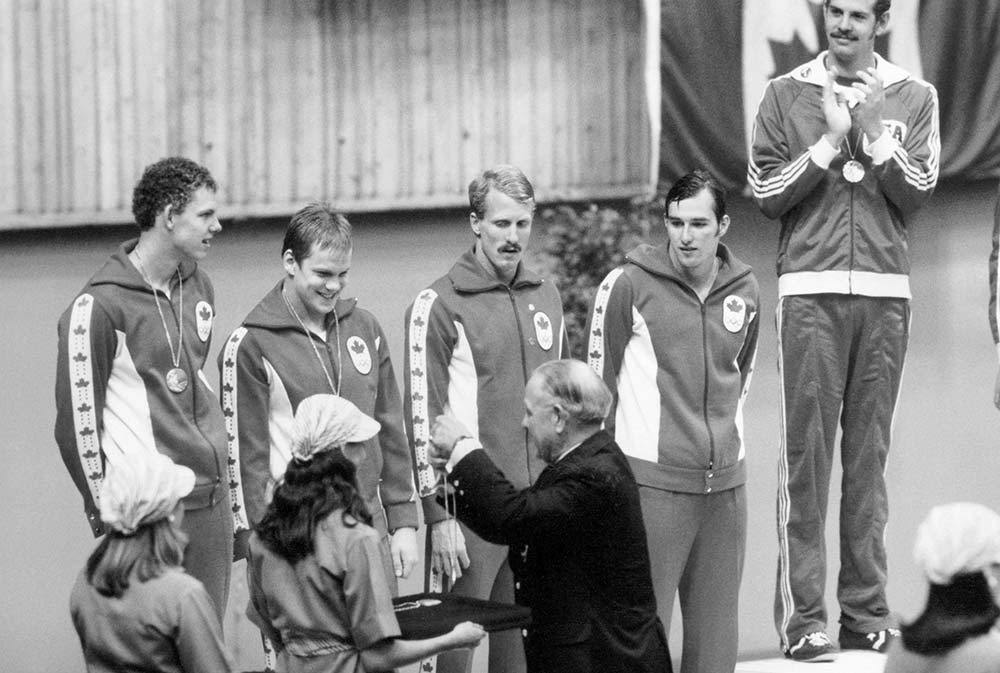 During Canada’s first time as Olympic host, the nation struggled to make the podium on home soil in Montreal. It was the swim team that came through winning eight of the nation’s 11 medals. The women’s team did especially well, climbing the podium seven times. Canada won three swimming relay medals at the Games – one silver and two bronze.

It was not until Los Angeles 1984 that another Canadian swimmer won an Olympic gold medal. Alex Baumann not only struck gold in the 200m individual medley, but won a second Olympic title in the 400m event. 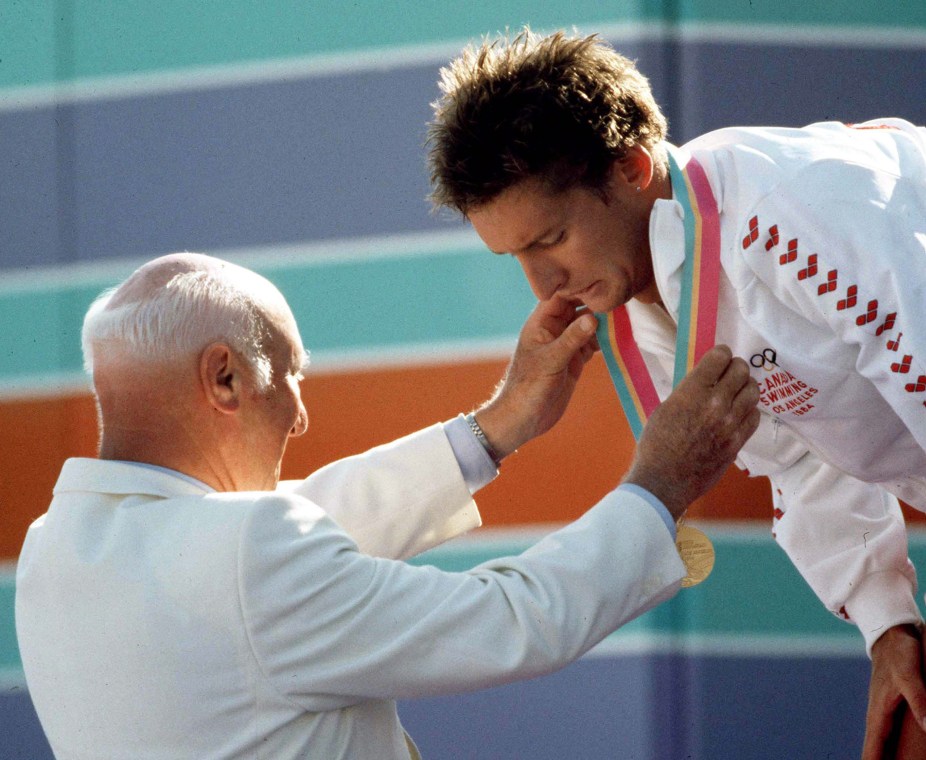 Alex Baumann receives the first of his two gold medals at the Los Angeles Games in 1984. 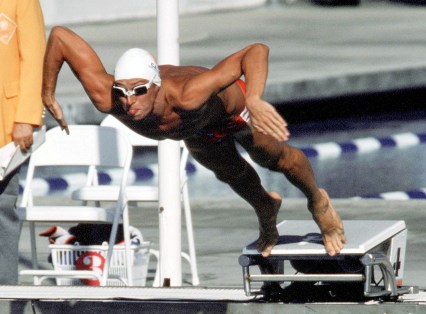 Alex Baumann at the Los Angeles Olympics in 1984. 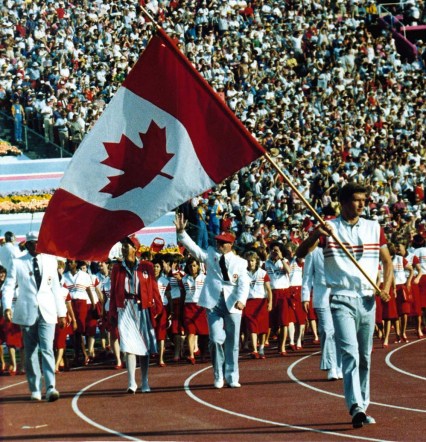 Note: Alex Baumann’s daughter Tabitha and son Ashton will look to make their first Olympic teams at the Rio qualifier.

Get tickets to the Canadian Olympic swiming trials

Victor Davis and Anne Ottenbrite were also gold medallists in Los Angeles, in the men’s and women’s 200m breaststroke, the pair both went on to win silver medals in the 100m events. Both swimmers also found the the podium in the 4x100m individual medley, where Davis won a silver while Ottenbrite claimed bronze. 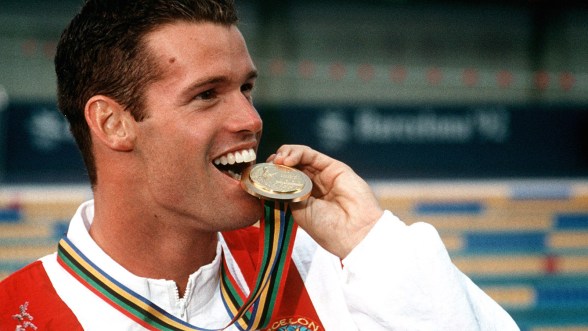 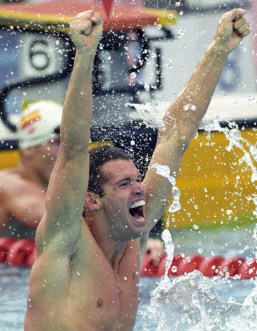 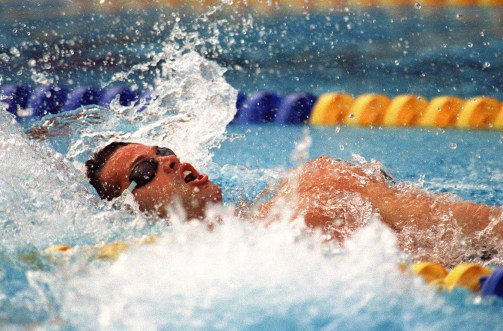 Heading into Barcelona 1992, Mark Tewksbury was ranked fourth in the world, and not considered a threat for the Olympic title, but the Canadian shocked the world with his incredible 100m performance. Tewksbury was second after the start, but chased down Jeff Rouse of the United States, and snatched the victory from the American at the wall.

Tewksbury not only won Canada’s first gold medal at of the Games, but set a new Olympic record of 53.98 seconds. No other Canadian after Tewksbury has managed to reach the top of the Olympic podium in swimming.

Swimmers return to the podium 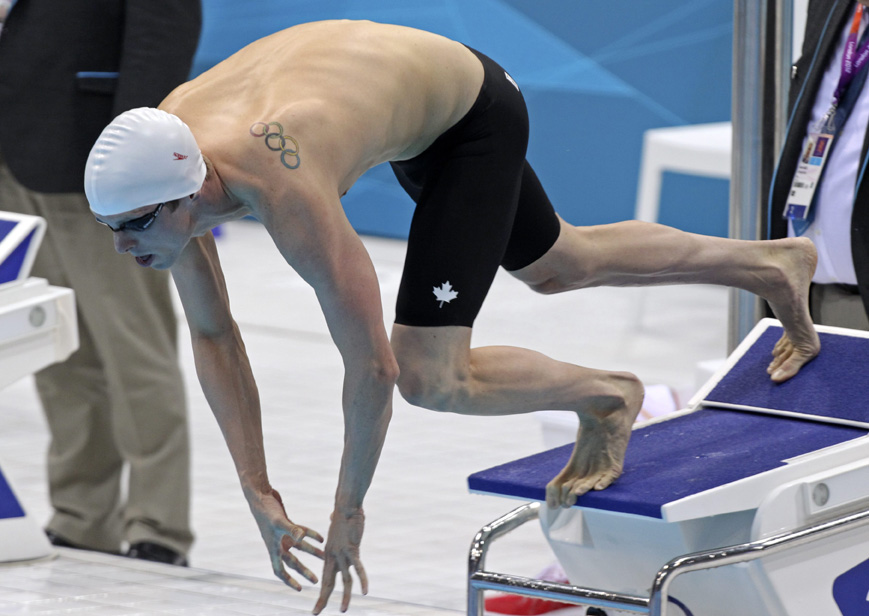 Ryan Cochrane was only 19 when he saved the Canadian swimming team from prolonging the medal drought at the Beijing Games. Four years earlier, Canadian swimmers failed to win a single piece of hardware at Athens 2004. It was the first time in 40 years that the country returned home from the Olympic pool empty-handed. As Canadian swimmers headed into the final day without stepping on the podium in Beijing, it looked like the nation would repeat its Greek fate. 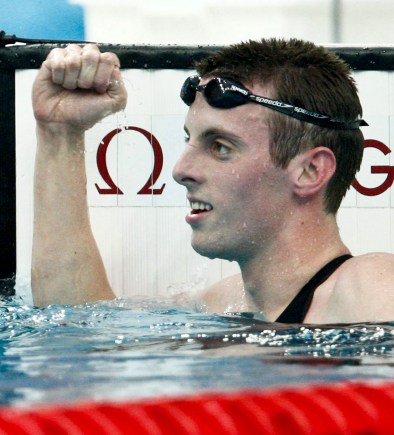 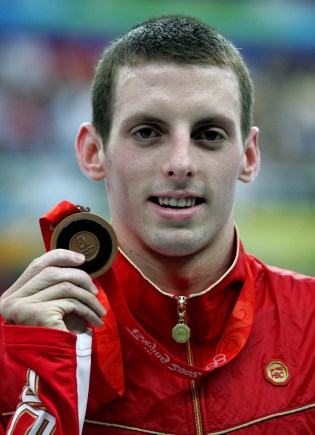 Ryan Cochrane shows off his bronze medal in men’s 1500 metre freestyle at the swimming finals at Beijing 2008. (Mike Ridewood) 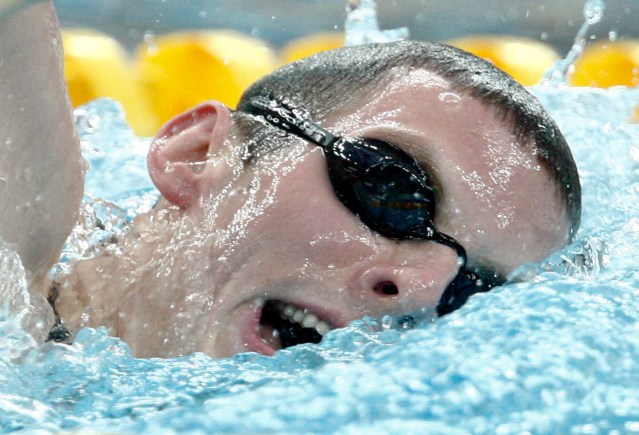 On the last day of competition on August 17, 2008 , a young Cochrane stepped onto block number five, knowing that all of Canada was desperately counting on him to end the curse that hung over the Canadian swimmers. Clocking an Olympic record in the preliminary rounds with a time of 14:40.84 seconds – a record that was beaten 30 minutes later by the favourite for gold, Australian Grant Hackett – Cochrane was suddenly a serious contender for the podium.

With a fast start to the final, Cochrane was able to hold on and grab his first Olympic medal – and the first for Canada in swimming since Sydney 2000 – a bronze. Cochrane will be at the Canadian Olympic trials for Rio at the Toronto Pan Am sports complex. 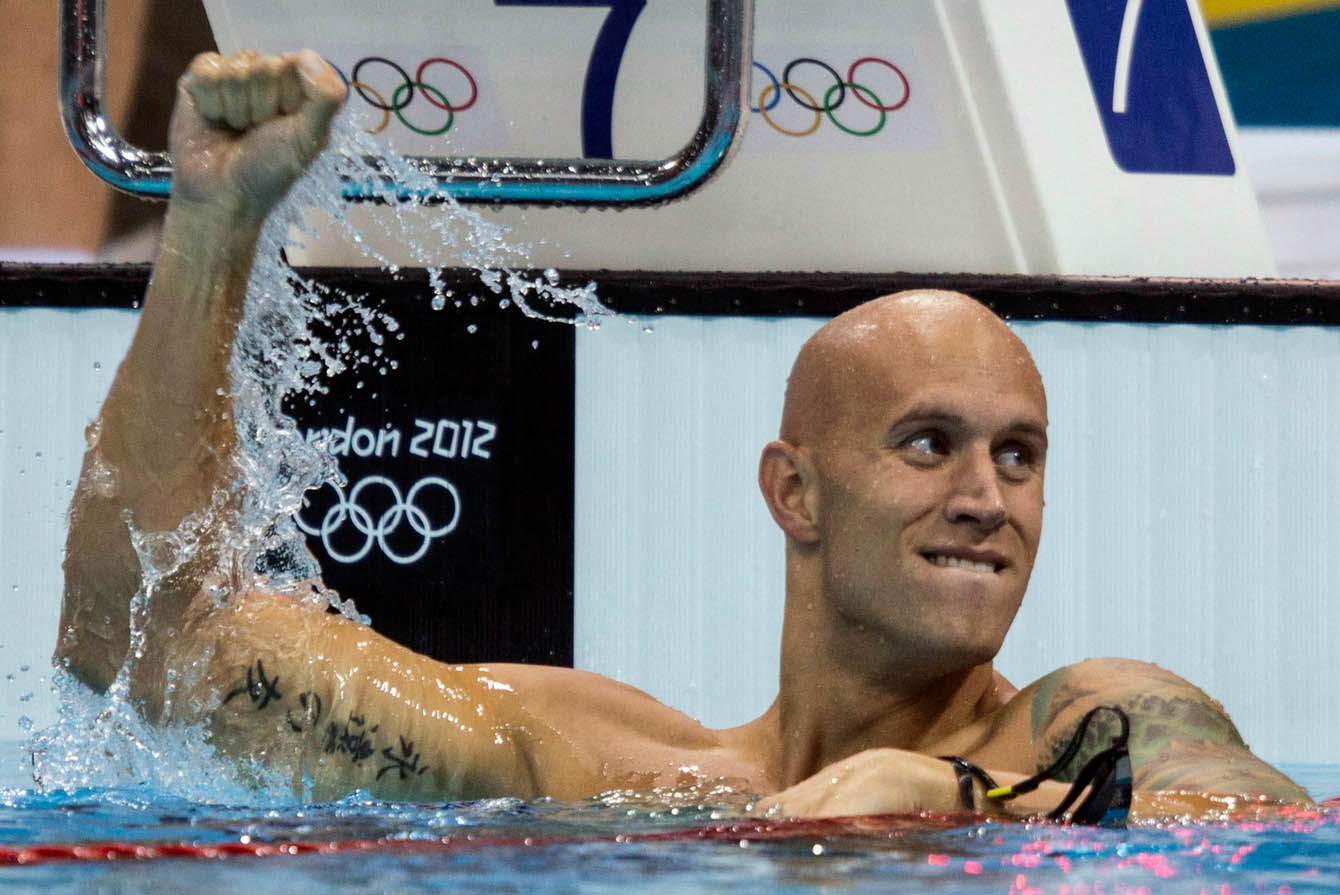 Brent Hayden is one of the most accomplished swimmers in the country and after winning the 100m freestyle world championships in 2007, many thought the Athens 2004 Olympian would be the one to beat in Beijing. Unfortunately the Canadian was eliminated in the semifinals. Four years after his heartbreaking loss, Hayden had one goal, to reach final in London. The Canadian qualified for the 100m freestyle final and became the first Canadian to do so since Richard Pound in 1960. 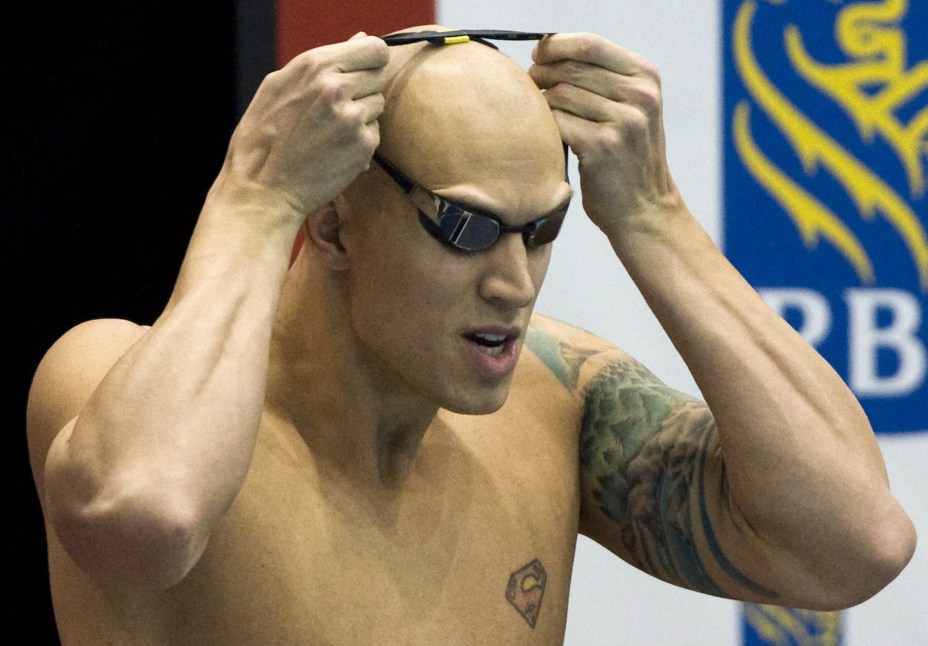 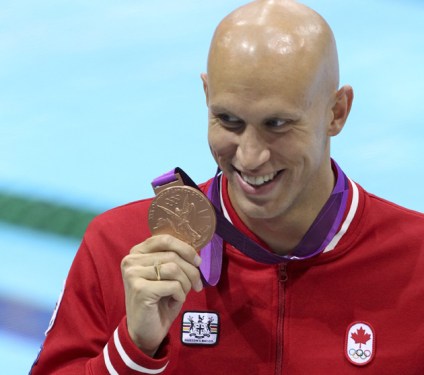 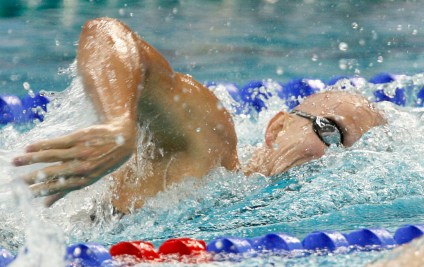 Hayden had a fast start in the final and was in good position to win a medal off the turn. After two disappointing showings at the Olympics, the Canadian finally had a strong Olympic performance, racing to a bronze medal. Pound, then a member of the IOC awarded his fellow Canadian 100m freestyle medallist. 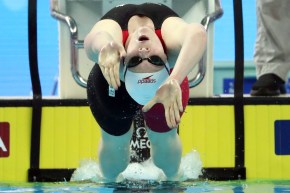