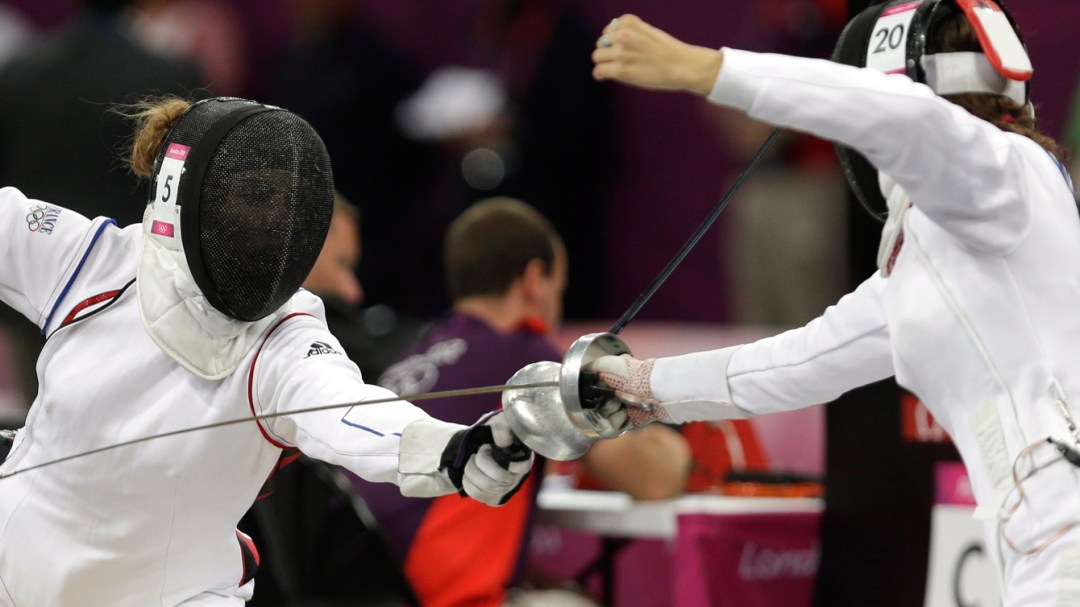 How modern pentathlon works at the Olympic Games

It dates back to the the 18th Olympiad in 708 B.C., but modern pentathlon may still be a mystery to even the most rabid of sports followers.

The pentathlon of the Ancient Olympic Games featured running, jumping, throwing the spear, throwing the discus and wrestling. Reintroduced to the Olympics at Stockholm 1912, the modern pentathlon represented the diverse attributes of a good military officer: fitness (running and swimming); control and concentration (shooting); agility and speed (fencing); and determination, adaptability and courage (riding and jumping with an unfamiliar horse).

The competition was once performed over a five-day span. At Atlanta 1996, the competition became a one-day event in order to become more spectator friendly. 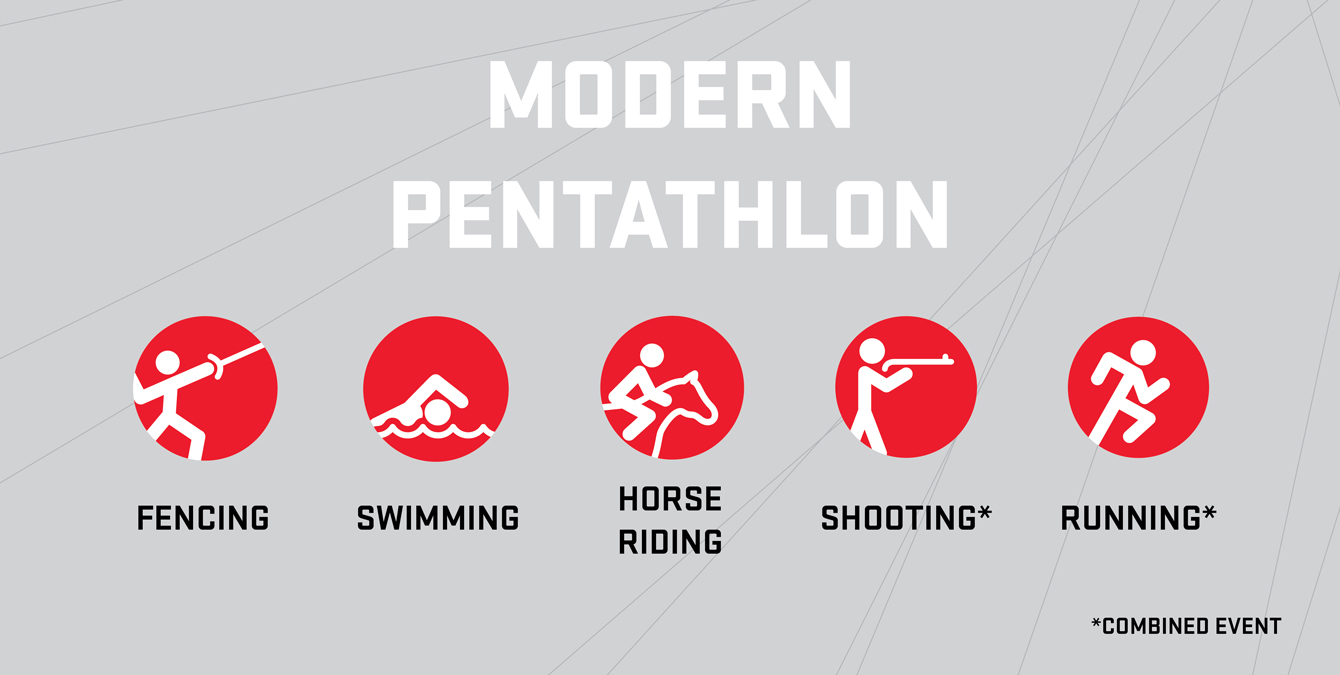 The five events that are included in modern pentathlon

Two Canadians – Melanie McCann and Donna Vakalis – will take part in the event at Rio 2016. Both competed at London 2012 where McCann had Canada’s best ever finish, placing 11th.

Here’s a breakdown of how the sport is scored: 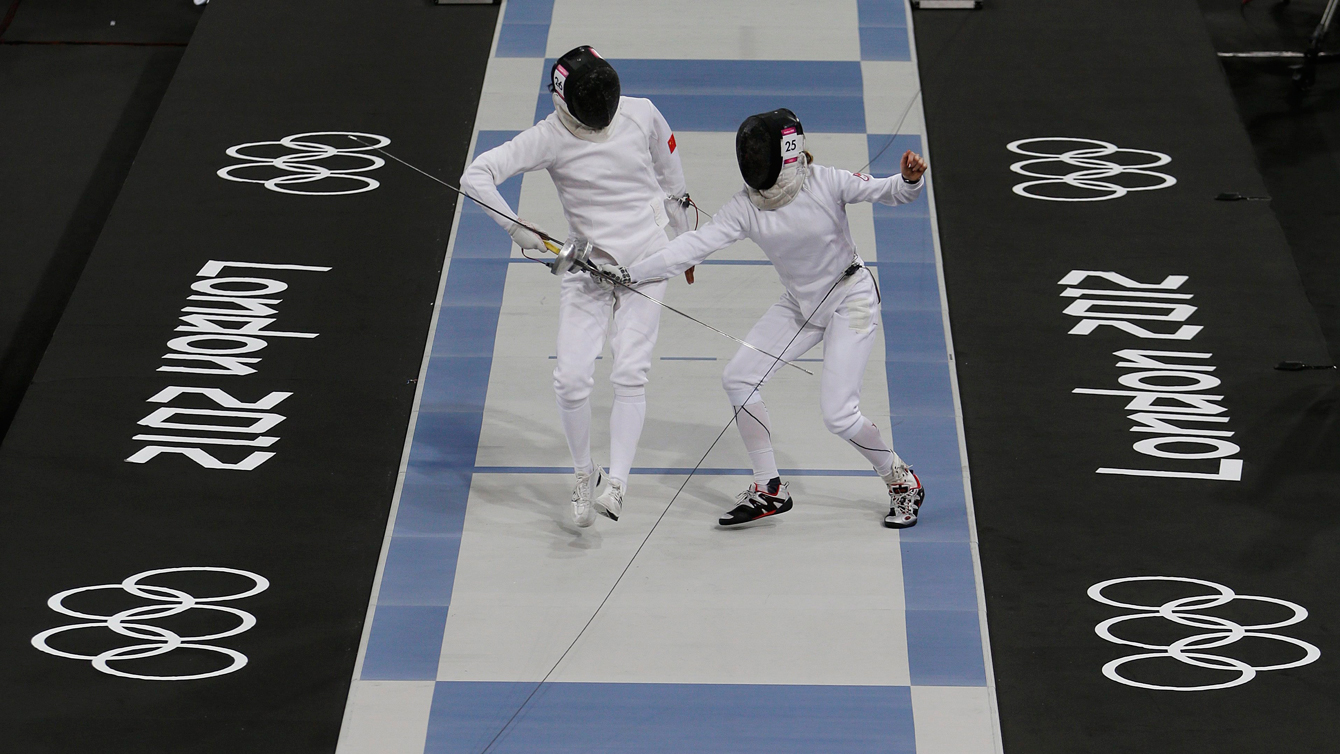 There are two parts to the fencing competition. The first is the ranking round, which takes place prior to the rest of the competition. Each competitor faces every other competitor in one-minute bouts, with the winner being the first to score a single hit. If neither scores a hit then both competitors register a defeat. A competitor who wins 70 per cent of the bouts earns 250 pentathlon points. Every victory over or under the 70 per cent mark is worth a specific point value in accordance with the total number of competitors. A field of 36 athletes means that a competitor would have to record 25 victories to earn the full 250 points. Every victory over or under that mark is equal to plus or minus six points.

The fencing bonus round takes place between the swimming and riding events. Each bout is for one hit in 45 seconds. The start list is based on the results of the ranking round. Points achieved in the ranking round are also carried over. The first bout pits the last-ranked athlete against the athlete ranked next-to-last. The winner moves on to face the next ranked athlete. The bonus round continues in this format, with an athlete advancing as long as he/she wins bouts and until all athletes have fenced. There are no points lost for defeats, but bout winners receive one pentathlon point for each bout won. 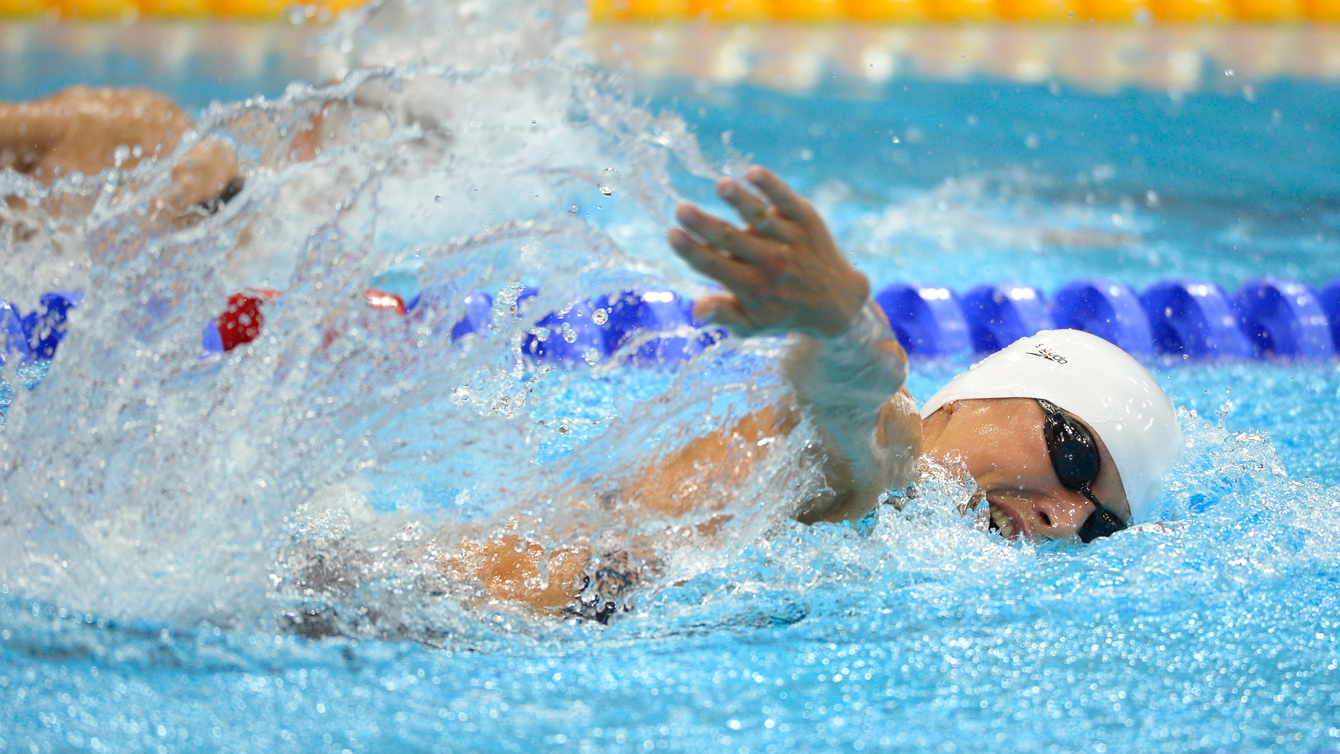 Elena Rublevska of Latvia swims in the 200-meter freestyle during the swimming portion of the women’s modern pentathlon at the Aquatics Centre in the Olympic Park during the 2012 Summer Olympics in London, Sunday, Aug. 12, 2012. (AP Photo/Mark J. Terrill)

In the 200m freestyle event, a time of two minutes and 30 seconds earns 250 pentathlon points. Every 0.33 seconds over or under this time is worth minus or plus one point, thus the value of each second is three points. As an example, a time of 2:32.66 corresponds to 242 pentathlon points. 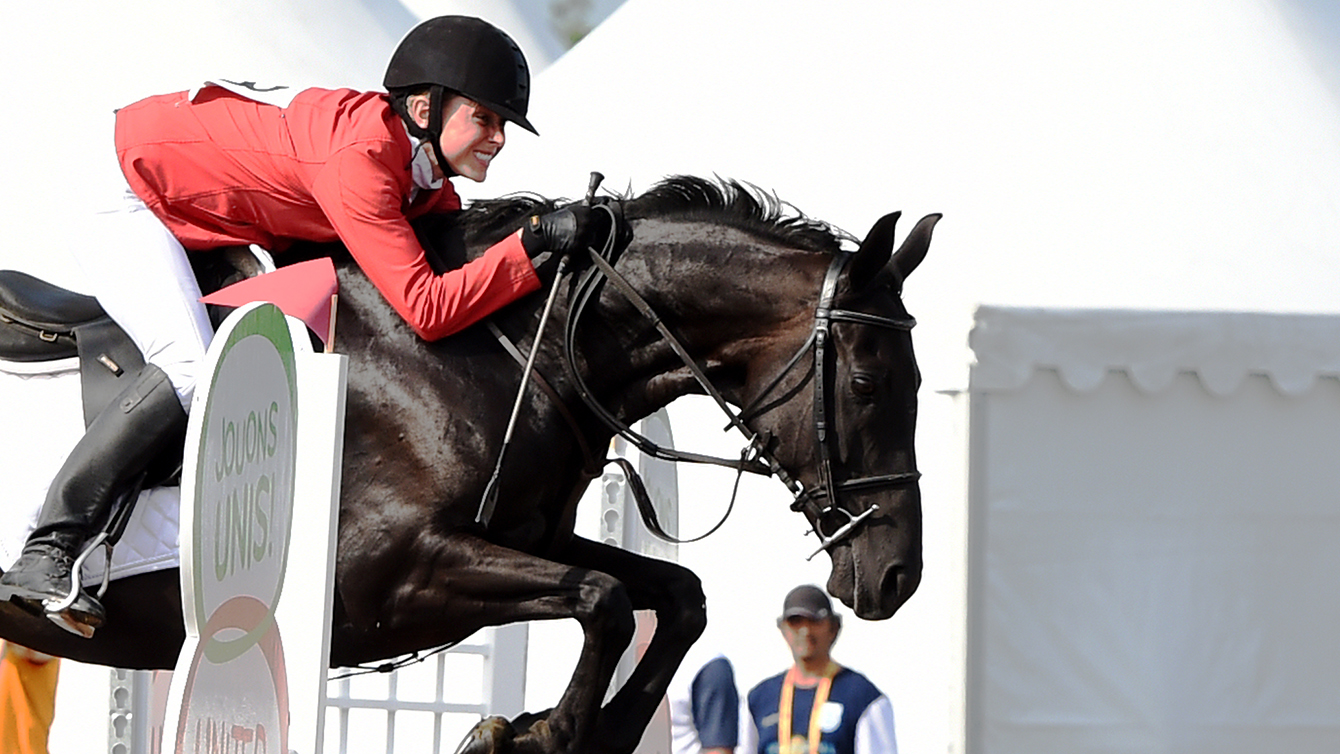 In modern pentathlon, riding is show jumping. Riders and horses will jump over a series of 12 obstacles (including one double jump and one triple jump) on a course that is 350-400 metres in length. Athletes compete on horses that are provided by the organizers and are selected by random draw. Athletes are given a specific time limit in which to complete the course, which is set according to the length of the course. A clear round in the allotted time earns 300 pentathlon points. Each second over the time limit is equal to a deduction of one point. Points are also deducted for penalties. 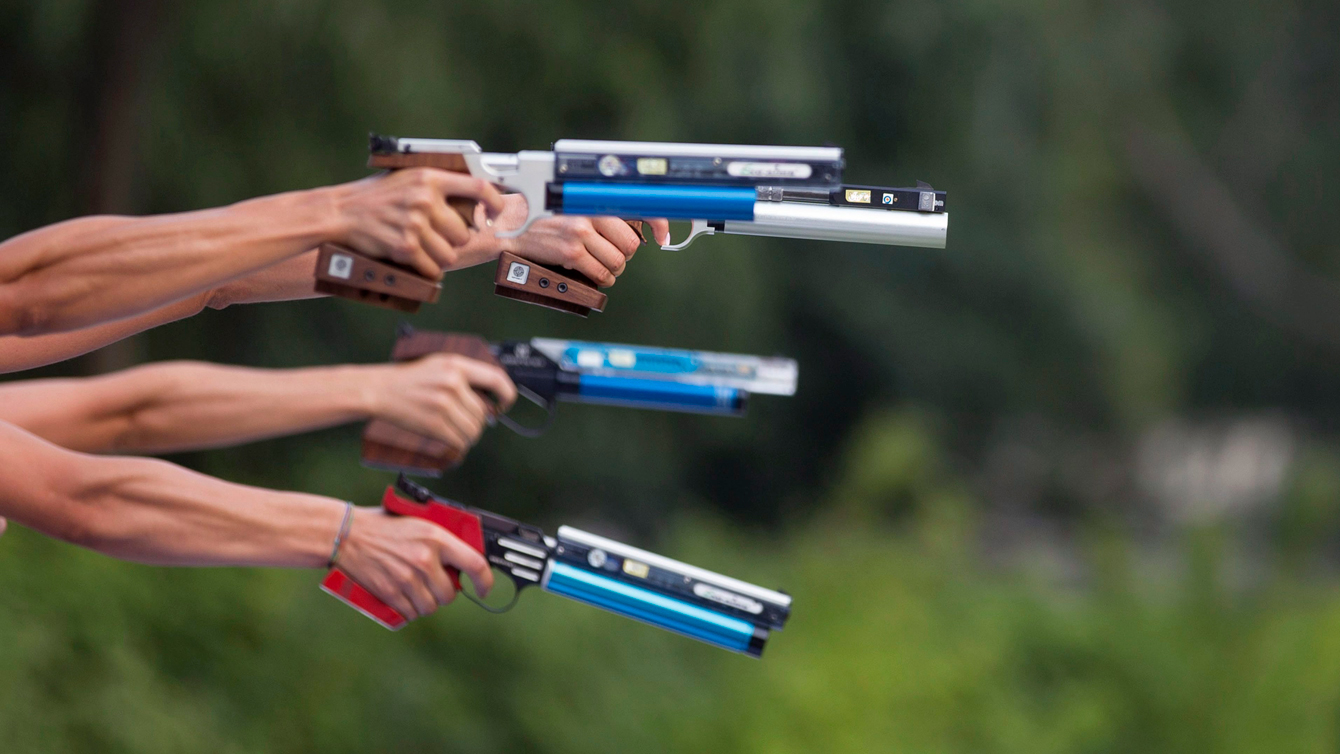 Since 2008, the shooting and running disciplines have been combined into one event. Athletes begin with a staggered start – based on the points standing after the first three events – with the leading athlete the first to start. The rest of the field follows with a one second handicap for every one pentathlon point. The athletes run approximately 20m to the shooting range where they are required to hit five targets from a distance of 10m with an unlimited number of shots in a maximum time of 50 seconds. This is followed by an 800m run. This shoot-run sequence is repeated three more times for a total of four shooting series and a 3200m run. Because of the handicap start, the first athlete to cross the finish line at the end of the combined event is the overall winner of the modern pentathlon. 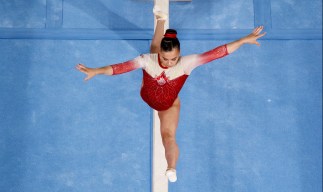 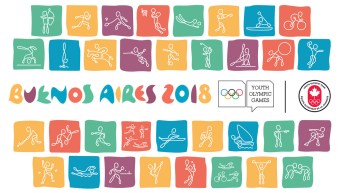 Buenos Aires 2018: Everything you need to know about the Youth Olympic Games