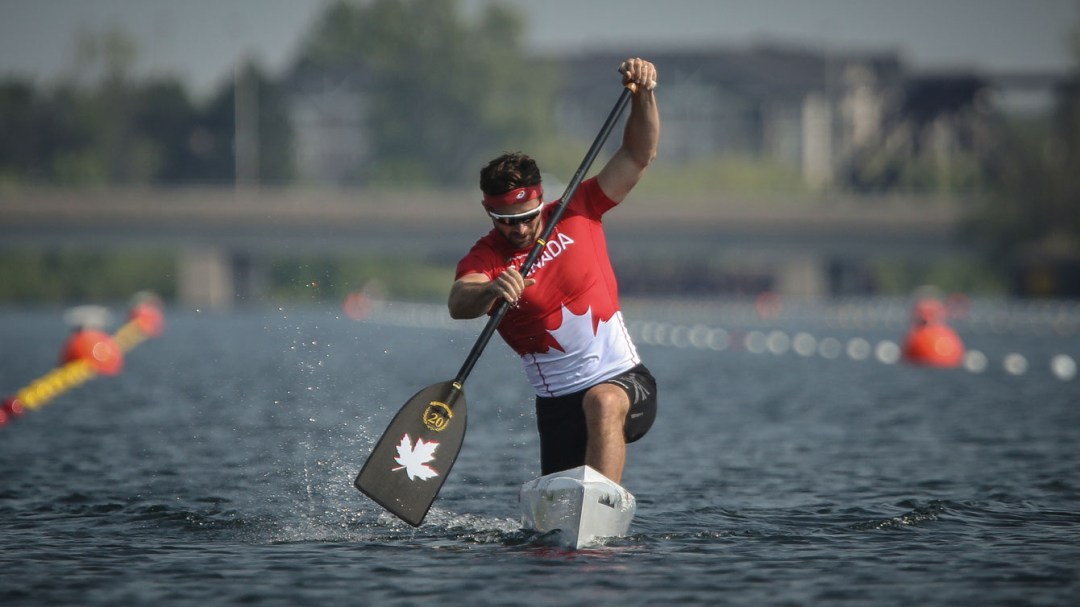 Nine paddlers were nominated by Canoe Kayak Canada to the Olympic squad for Rio 2016 on Monday.

The team boasts heavyweights on the sprint side with returning Olympic medallists Adam van Koeverden, Mark de Jonge and Mark Oldershaw headlining for the red and white. 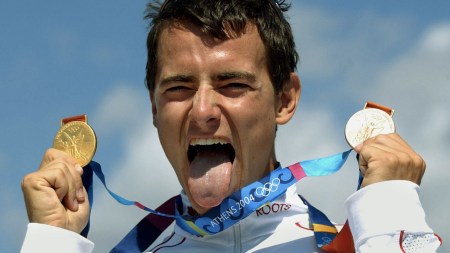 Adam van Koeverden with his two medals at Athens 2004. 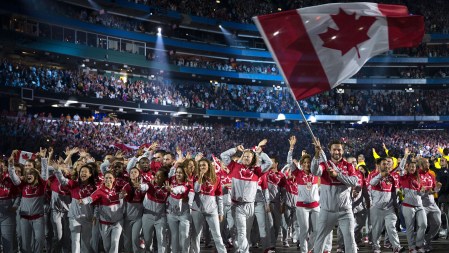 Mark Oldershaw leads Canada out to Pan Am Games Opening Ceremony at TO2015. 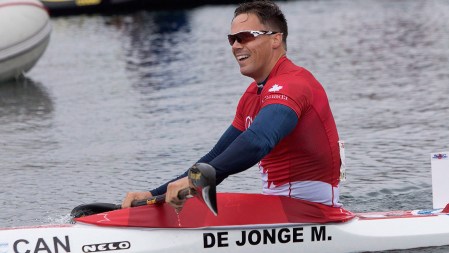 De Jonge has one Olympic medal to his name, but as reigning double world champion in the K-1 200m, the Canadian comes into Rio with weighty expectations as perhaps the most dominant short distance paddler on the planet. After winning Olympic bronze in the 200m in London, de Jonge won a world championship kayaking silver at that distance in 2013, and followed that up by back-to-back titles at worlds.

Hailing form an Olympic family, Oldershaw is the first of his kin to capture a medal at the Games, which he did in London canoeing his C-1 1000m boat to a bronze. Heading to his third Games, Oldershaw – like de Jonge – will be out to double his Olympic medal haul.

In addition to the big three, the sprint team features Emilie Fournel, who is heading to her third Olympic Games and is qualified in the K-1 500m; Andreanne Langlois is headed to her first Games in the K-1 200m; also making their Olympic debut are Genevieve Orton and KC Fraser in the K-2 500m.

RELATED: All Olympic nominees for Rio 2016 (to date)

Two paddlers will be heading to the Games to compete in slalom. Kayaker Michael Tayler returns for his second go at the Olympic stage, while Canoeist Cameron Smedley will be making his debut at the Games.

The sprint events will take place in the Copacabana zone at Rodrigo de Freitas Lagoon, while the slalom runs northwest of the city at the brand new Deodoro complex.