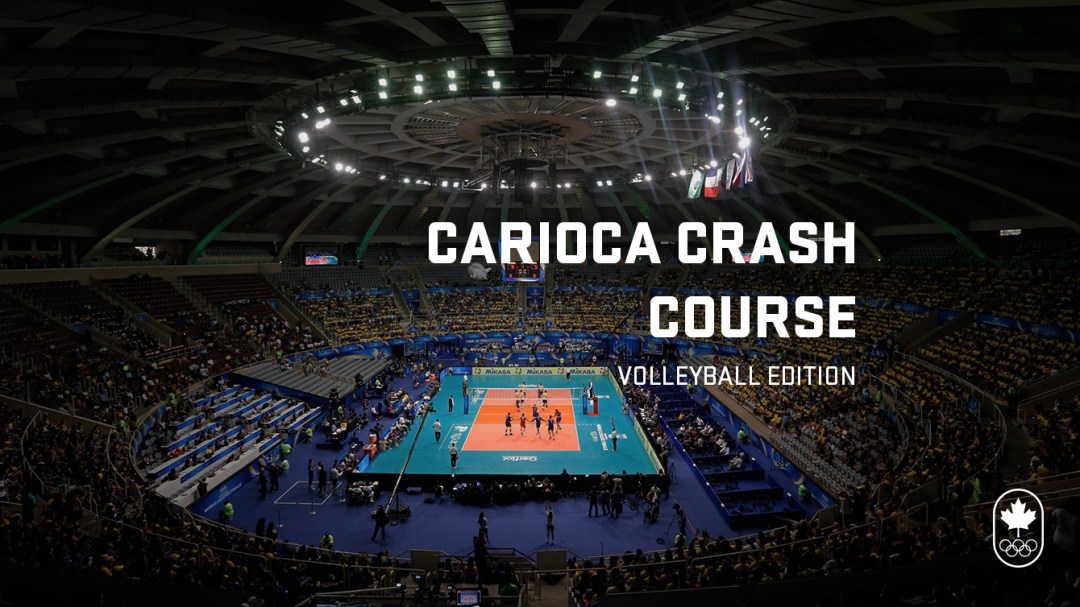 Initially called mintonette, volleyball is a team sport created in Massachusetts, United States in 1895. Designed to be played indoors, the game took some characteristics from tennis and handball.

Indoor volleyball has been part of the Summer Olympic Games since Tokyo 1964. Beach volleyball was added to the Olympics just 32 years after, in Atlanta 1996, where John Child and Mark Heese delivered a historic bronze for Canada.

After a 24 year absence, Volleyball Canada’s men’s team will be back to the Games at Rio 2016. Canadian beach volleyball will be represented by at least three teams.

Get to know volleyball jargon and be ready to support Team Canada inside the gymnasium or under the sun of Copacabana Beach this summer. 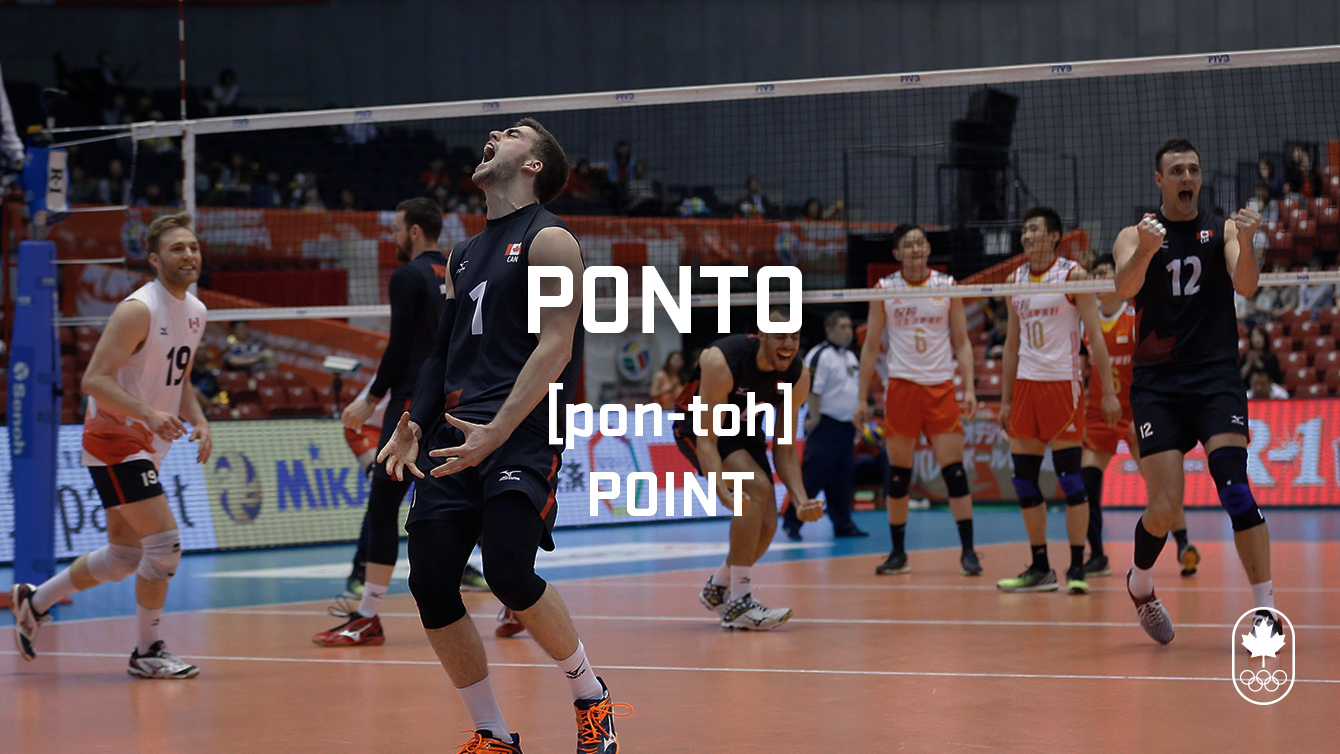 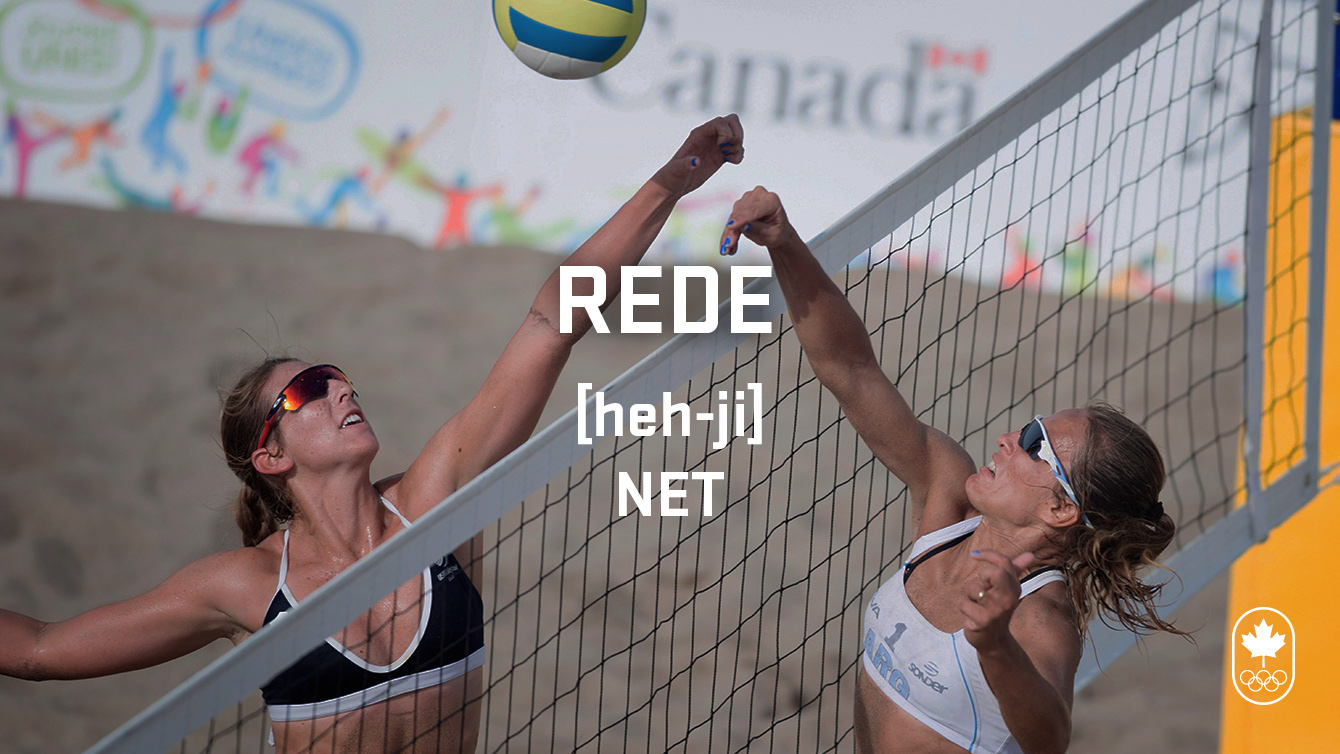 No more than three touches. That is the rule that each team cannot violate before sending the ball over the rede – or net. The rede dimensions are 9 × 9 m halves by a one-metre wide. The top of the net is 2.43 m above the centre of the court for men’s competition, and 2.24 m for women’s competition. 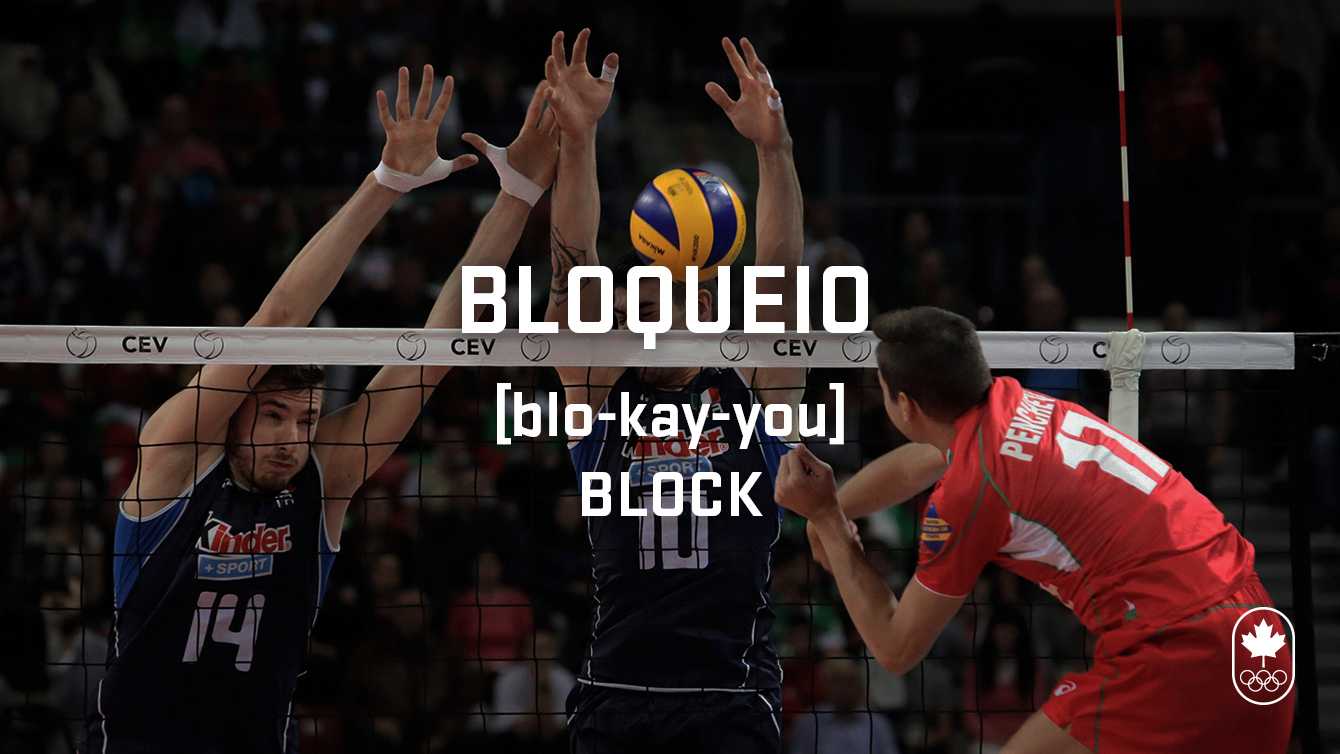 The action taken by players standing at the net to stop an opponent’s attack is called bloqueio. To intercept the ball’s trajectory, the jump should be timed and palms be held deflected downward toward the opponent’s floor. Beach volleyball players use hand signals behind the back to indicate the type of block they intend to make. 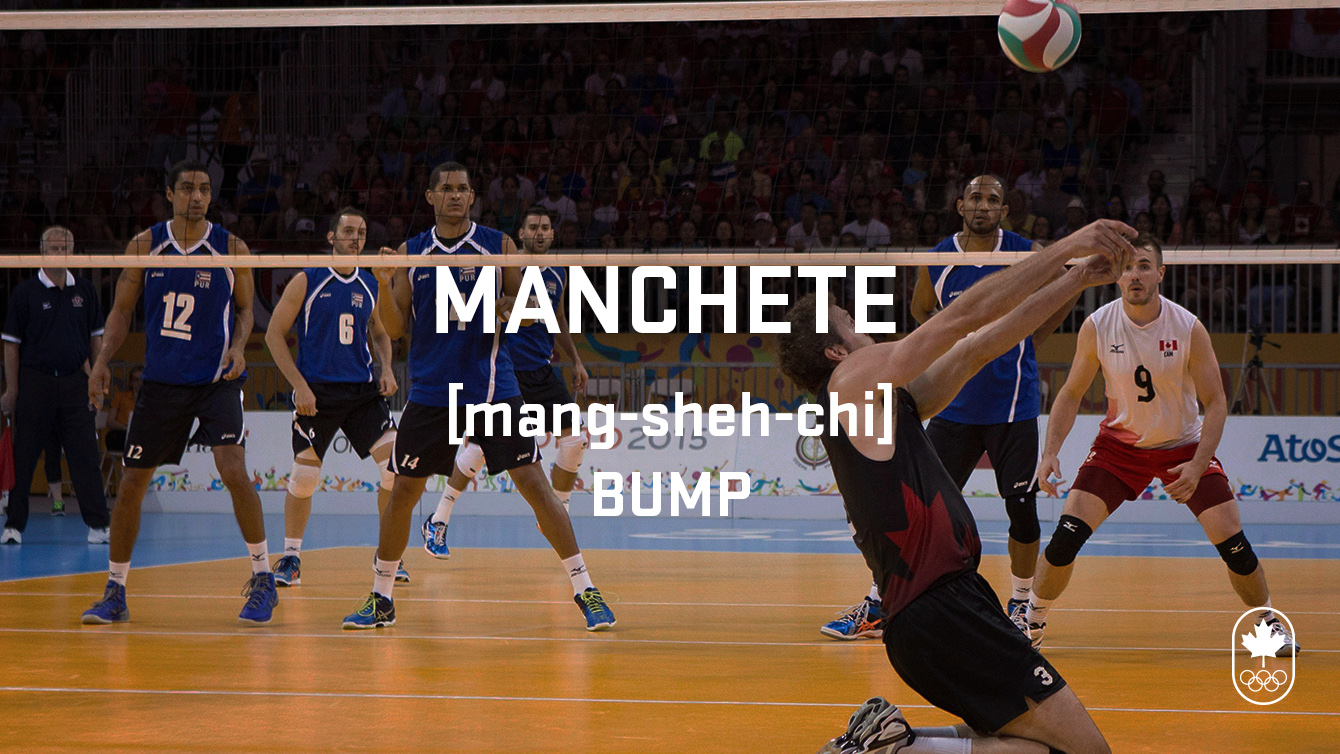 A common term for forearm passing, the bump is typically used as the first touch to receive a serve or return. Want to learn how to do it? Join your arms from the elbows to the wrists and strike the ball with your forearms! 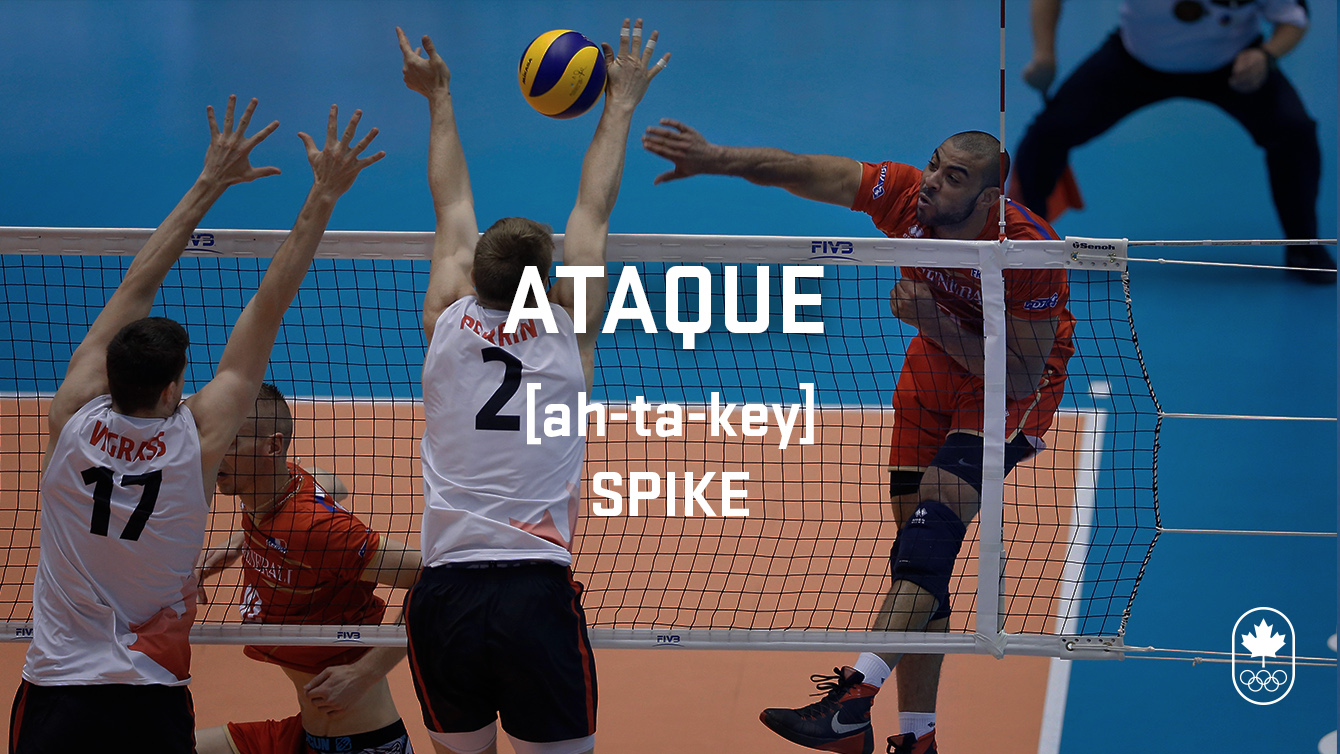 The ataque – spike or attack – has the objective to land the ball on the opponent’s side, without being defended. A “bounce” is a hard spike that follows an almost straight trajectory downward into the adversary court and bounces high into the air. A “kill” happens when an attack is not returned by the other team, resulting in a point. 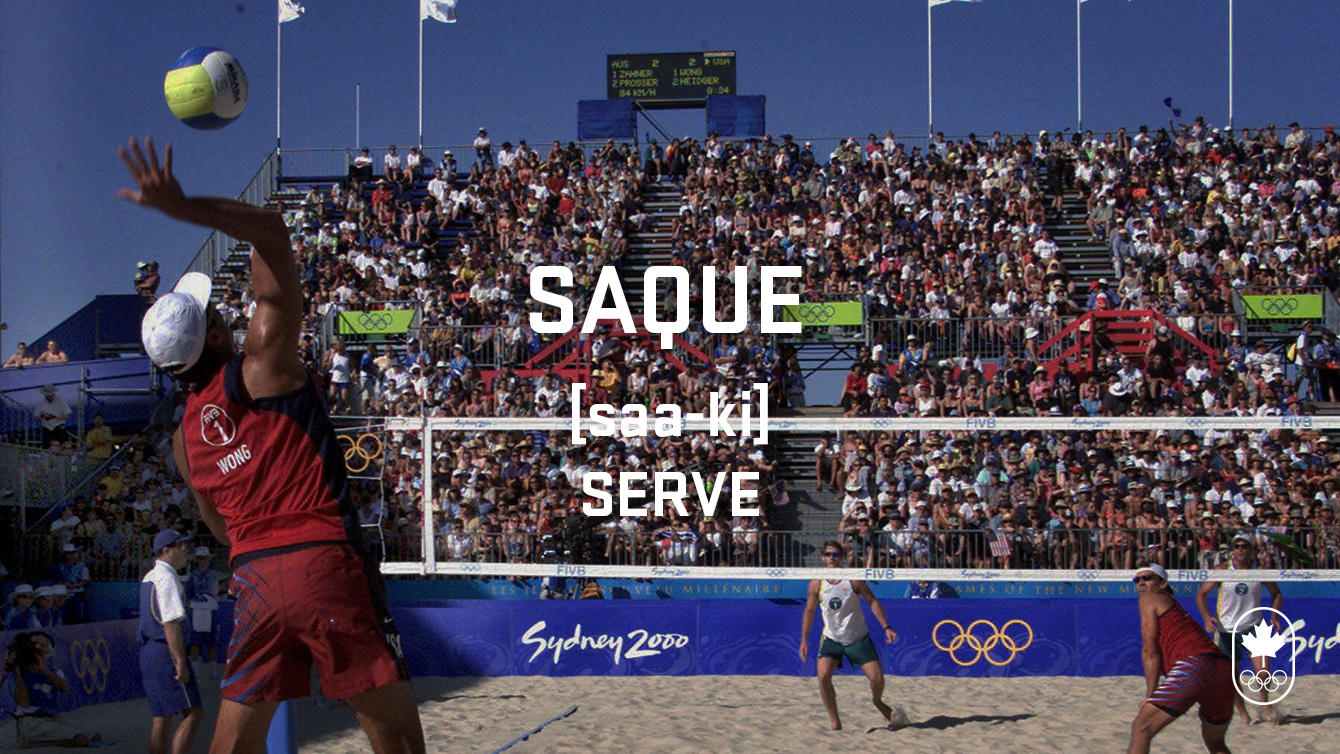 One of the fundamental skills in volleyball, the serve is called saque, in Brazilian Portuguese. Many types of saques are employed in volleyball, such as underhand, topspin, float and the “Star Trek” serve, invented by the Brazilian player Bernard Rajzman, in 1982, at Maracanãzinho. 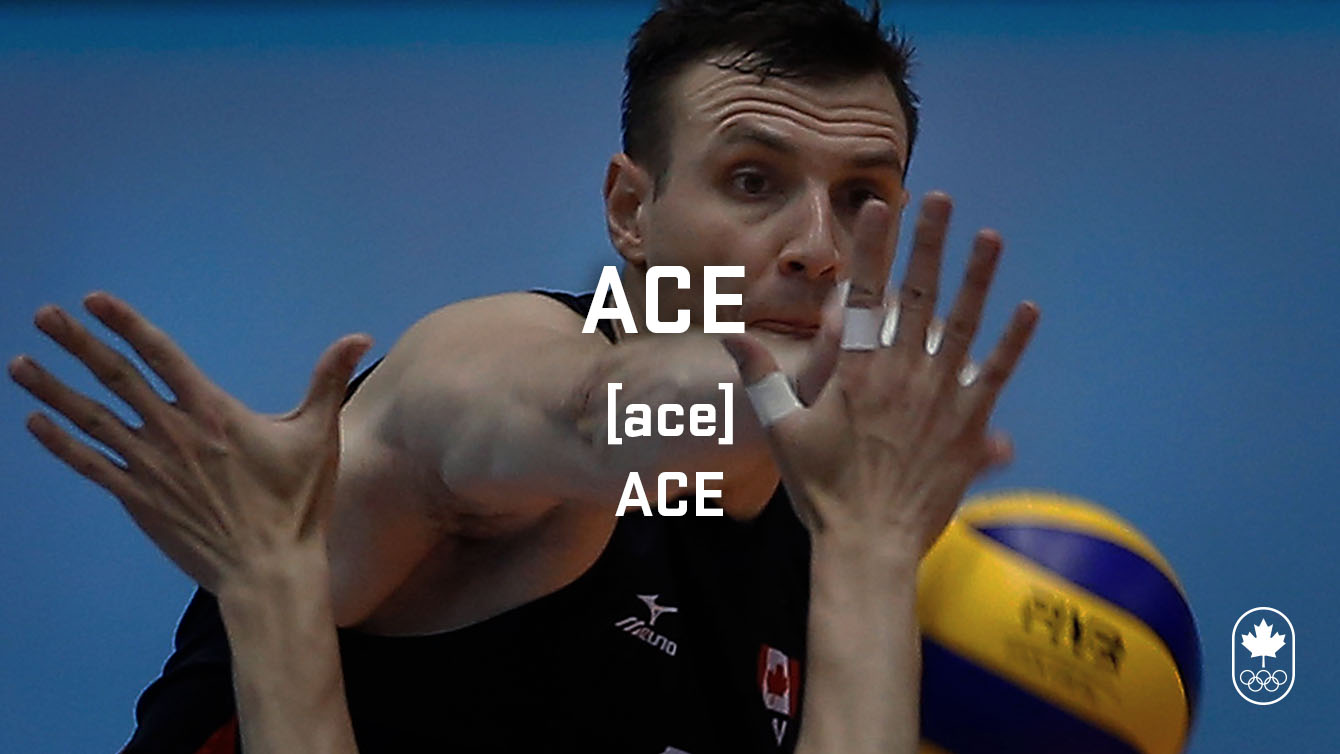 A serve called ace occurs when the ball lands on the receiving team without being touched. And guess what? This world can be used in English spoken countries or in Brazil, since Brazilians also call it ace. Join the chorus that will be chanting “ace, ace, ace” during the volleyball games at Rio 2016!