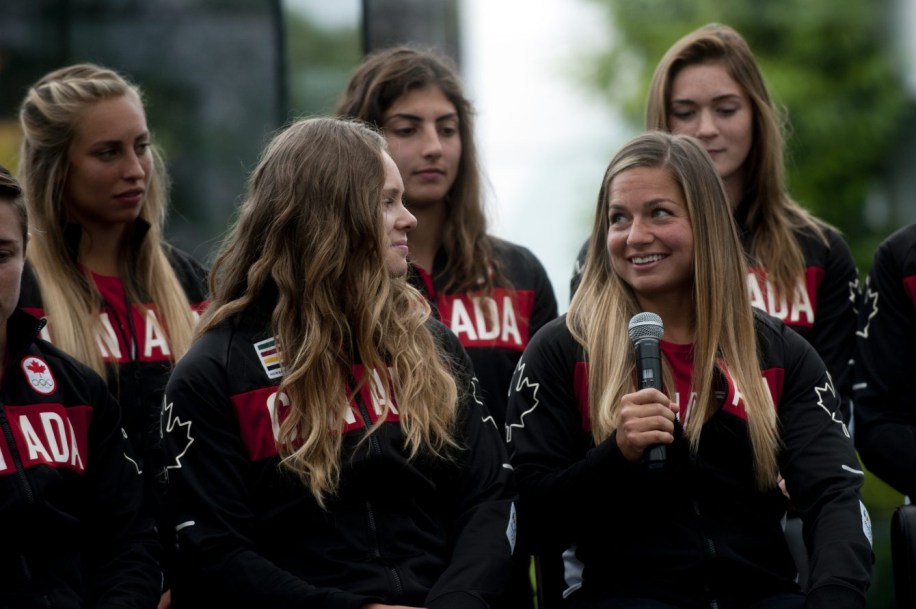 Captain Jen Kish is bubbly and never shy to talk about her sport. However, a more succinct Kish captured the feeling of being nominated to the Rio 2016 team perfectly in very few words, when she simply stated on the presentation stage that “Twelve dreams have come true”.

Seven years ago the thought wouldn’t have crossed her mind. That’s when it was officially announced that rugby sevens would be an Olympic event at the Rio 2016 Olympic Games. Since that announcement Kish and several other veterans of the team have been training for this moment. 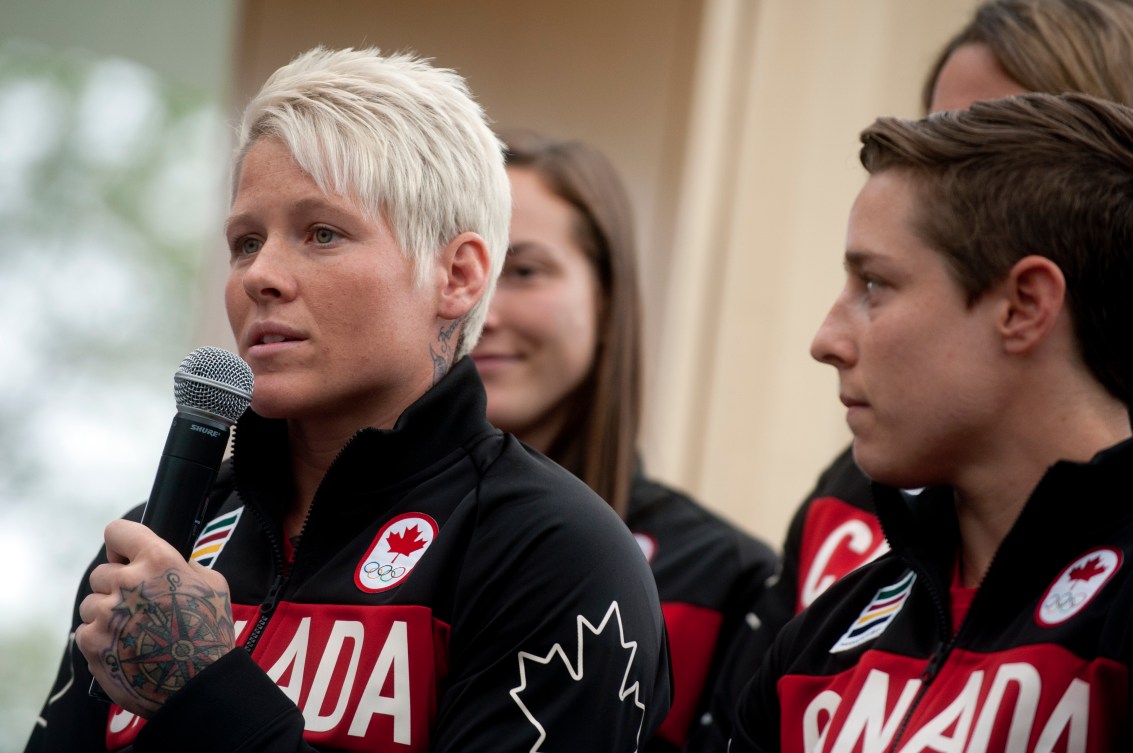 “My aha moment, as I’ve heard all Olympians describe it as, is what I’m really excited about. I look forward to stepping out onto the field with the 11 girls that I’ve trained for years with and realizing, wow, our dream just came true and it was all worth the sacrifices that we’ve made over the years,” Kish told Olympic.ca.

“It’s been a 12- year journey and it hasn’t been an easy one. We’ve gone through so much together and I believe that stepping onto that field with my teammates will be (the) highlight of my Olympic experience.”

RELATED: Hi, our names are Jen Kish and Ashley Steacy…

Never doubting her team, Kish explained that they have a slight edge on the competition because of their strength and experience in the forward pack. 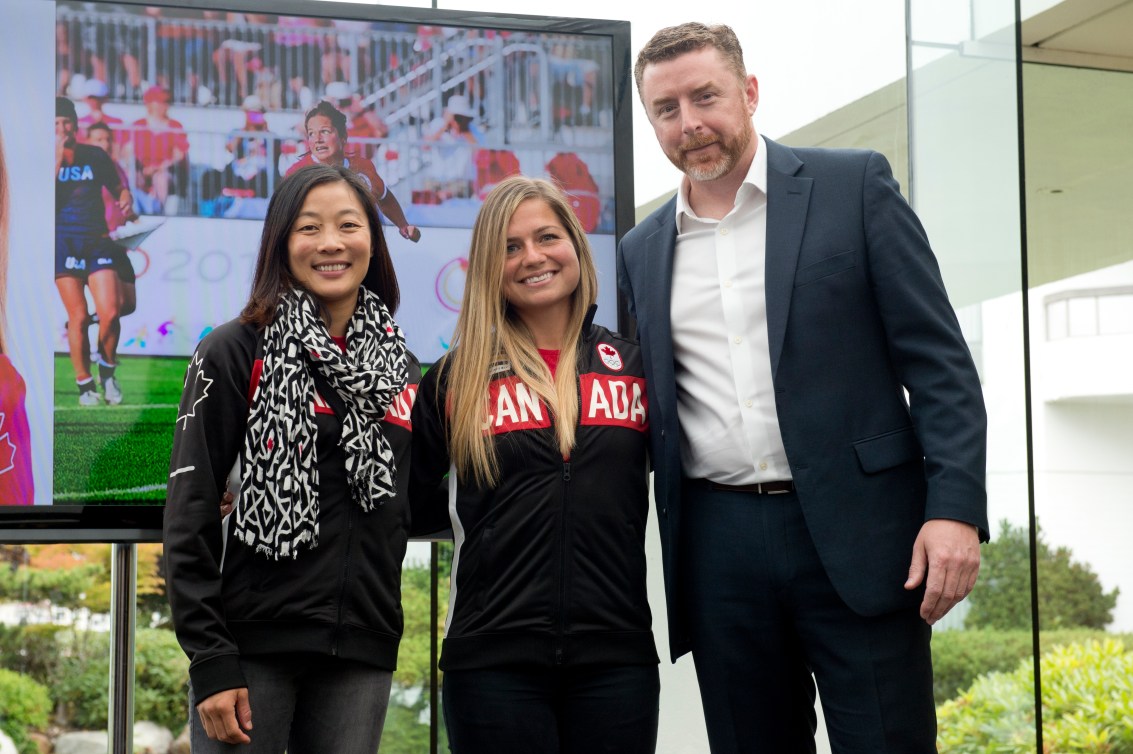 “In the fifteens games Karen Paquin, Kelly Russell, and I all play in the back row of the forwards. We also have the speedsters like Ashley Steacy and Ghislaine Landry, so I think we have a good overall package.”

Assistant chef de mission to Team Canada, Carol Huynh, was on deck to offer some words of wisdom that hit close to home for the sevens squad, especially for Steacy.

“Carol gave us some advice, that during her Olympic wrestling time she knew her opponents very well going into competition,” Steacy said referring to the two-time Olympic medallist. “She did a lot of video analysis and role play with her coaches so that when she got to competition it was like she had already fought that fight one thousand times. That’s kind of like us, we’ve played these teams hundreds of times and we know what to expect, so we just need to fine-tune those last little things leading into the Olympics.” 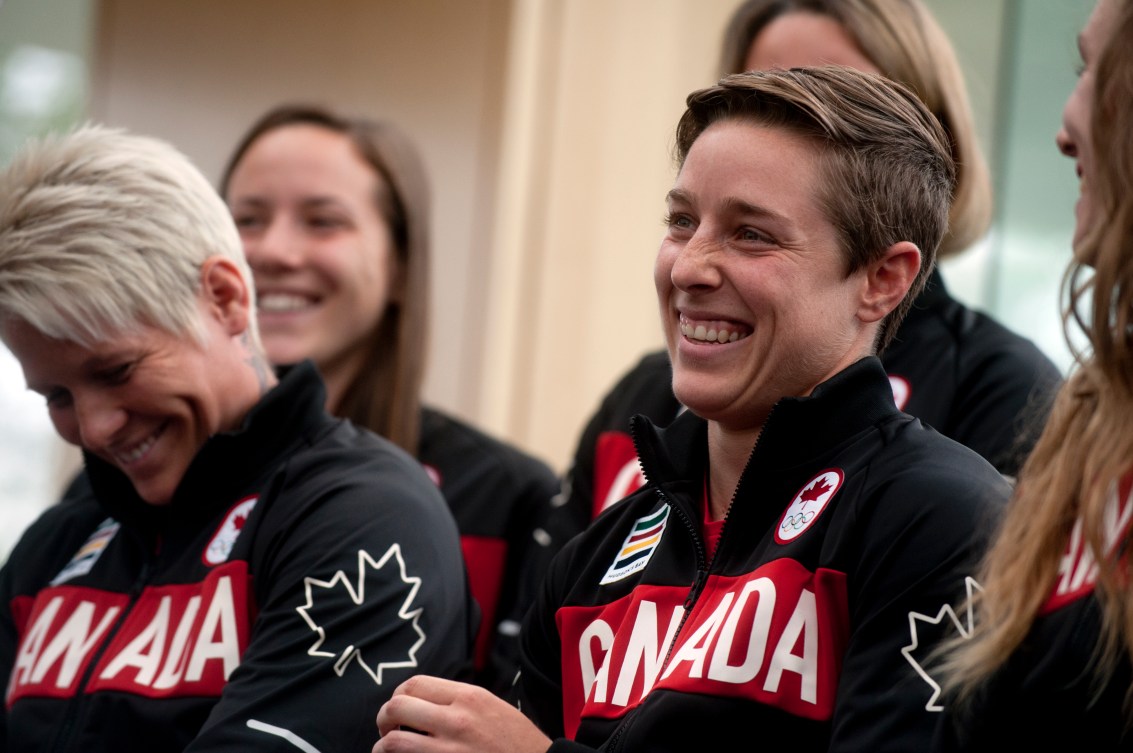 All-time World Rugby Women’s Sevens Series point leader, Ghislaine Landry, shared the same point of view when asked about the teams they will face in Rio. In the group stage Canada has drawn Brazil, Great Britain and Japan.

“England (which enters as part of Great Britain) we’ve probably played the most out of the teams in our pool. We know they are a good team and what they are capable of, so we have a game plan going into that as well.”

Bianca Farella of Montreal is the second highest try scorer on the Canadian squad with 63 all-time tries. She’s also very excited to see it all come together in their biggest event thus far, “I cannot wait to see everyone be the best version of themselves in those three days”.

Following the announcement the players went directly to training, continuing on their quest to be the first ever women’s rugby sevens Olympic champions. They will continue this process at home for two more weeks, before stopping in Toronto for a week-long preparation camp, and finally continuing on to Rio de Janeiro.