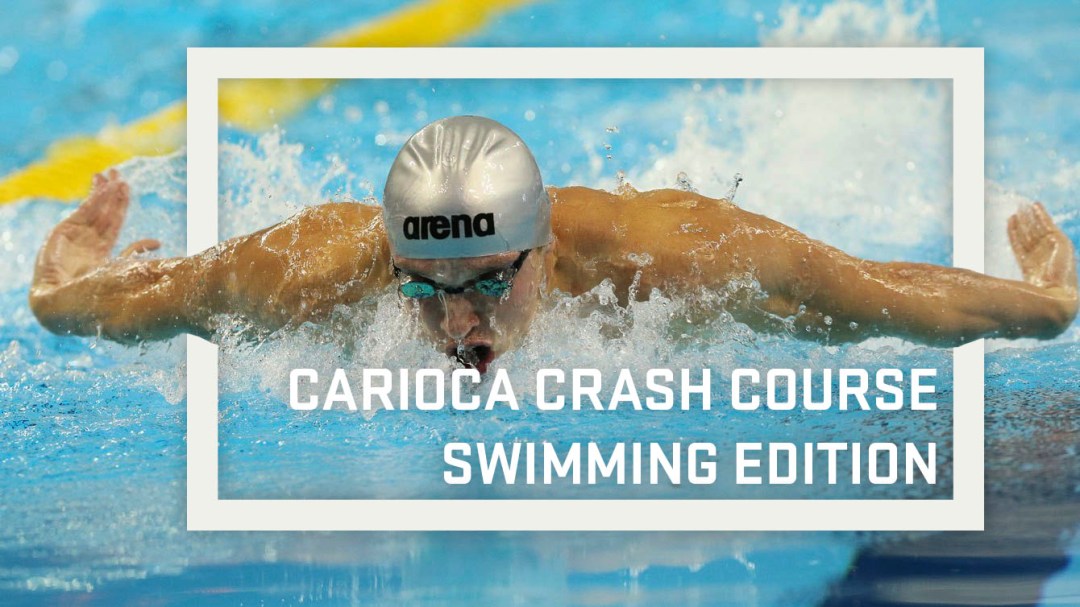 Swimming – or natação (na-ta-saon), in Brazilian Portuguese – has been a sport at every modern Olympic Games since Athens 1896.

At Rio 2016, the swimming competition will take place from August 6 to 13 at the Olympic Aquatic Stadium. Swimming Canada will send at least 27 athletes to Rio, with Olympic medallist Ryan Cochrane leading the way.

To get ready to cheer Team Canada on, it’s time to learn some Portuguese swimming terms! 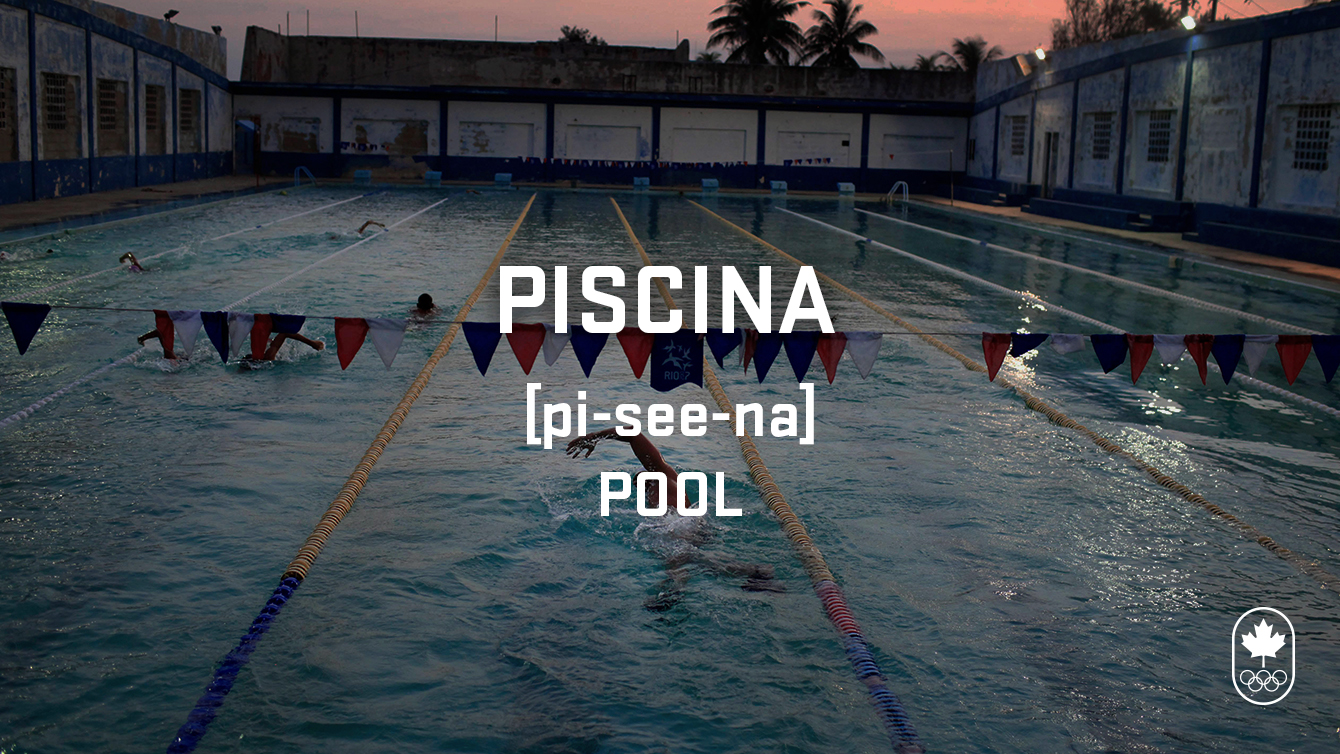 It is impossible to refer to swimming without thinking about a pool – or piscina, in Brazilian Portuguese. But did you know that at the first three Olympic Games, swimming competitions were held in open water? At Athens 1896, the events took place in the Mediterranean Sea, while at Paris 1900 the swimmers competed in the Seine. At St. Louis 1904, the events were held in an temporary artificial lake. 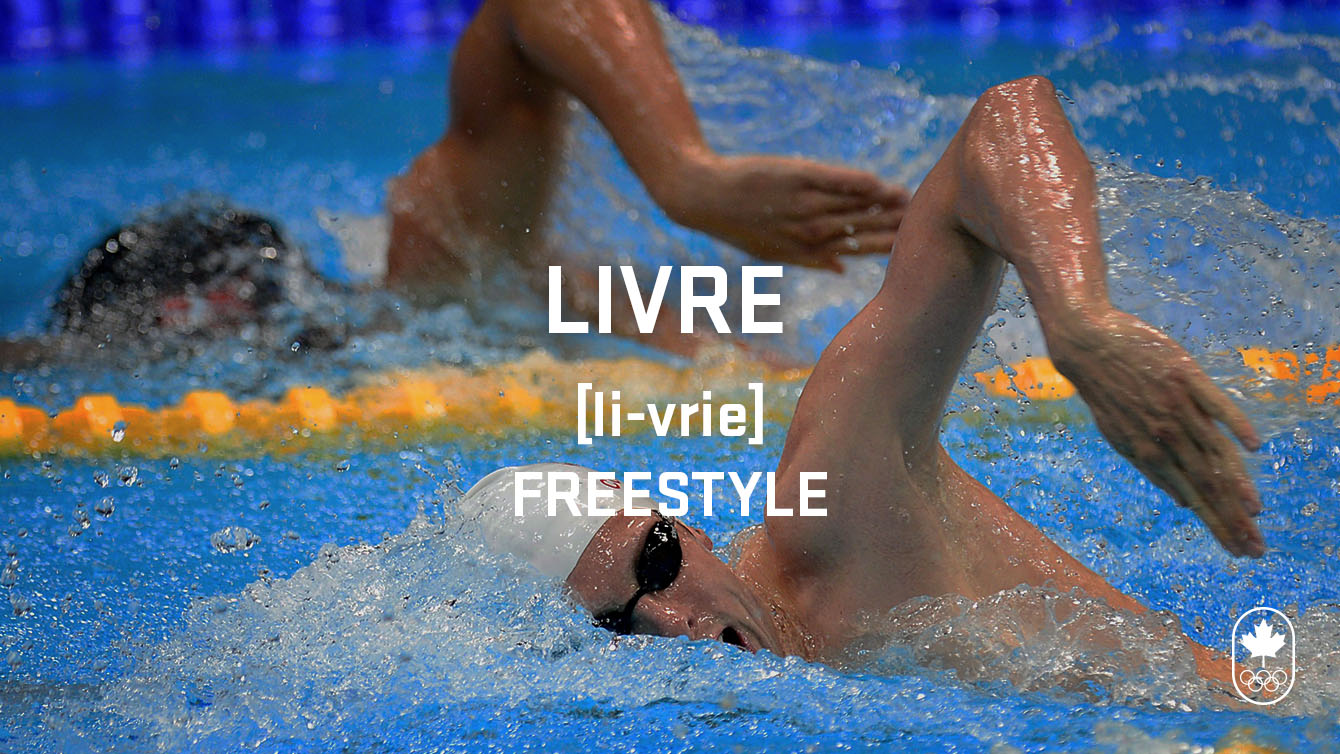 One of the four strokes, freestyle is a category in which competitors are allowed to use any stroke they want. For being the fastest, the front crawl is the swimmers’ favourite style in the livre category. 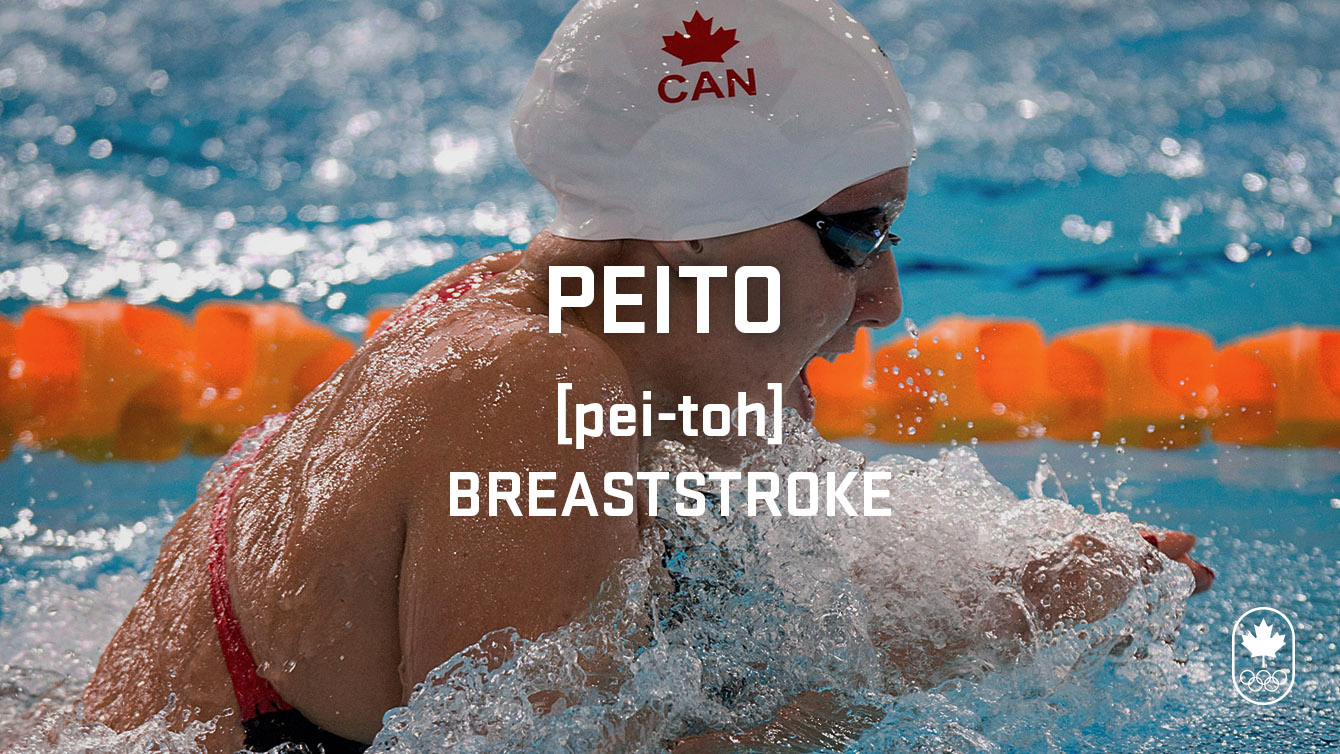 Also referred to as “frog” stroke, peito is a slower stroke introduced as a separate category at St. Louis 1904. The history of breaststroke goes back to the Stone Age. The swimming style is attested in prehistoric cave art, such as the Cave of Swimmers near Wadi Sora, in the southwestern part of Egypt. 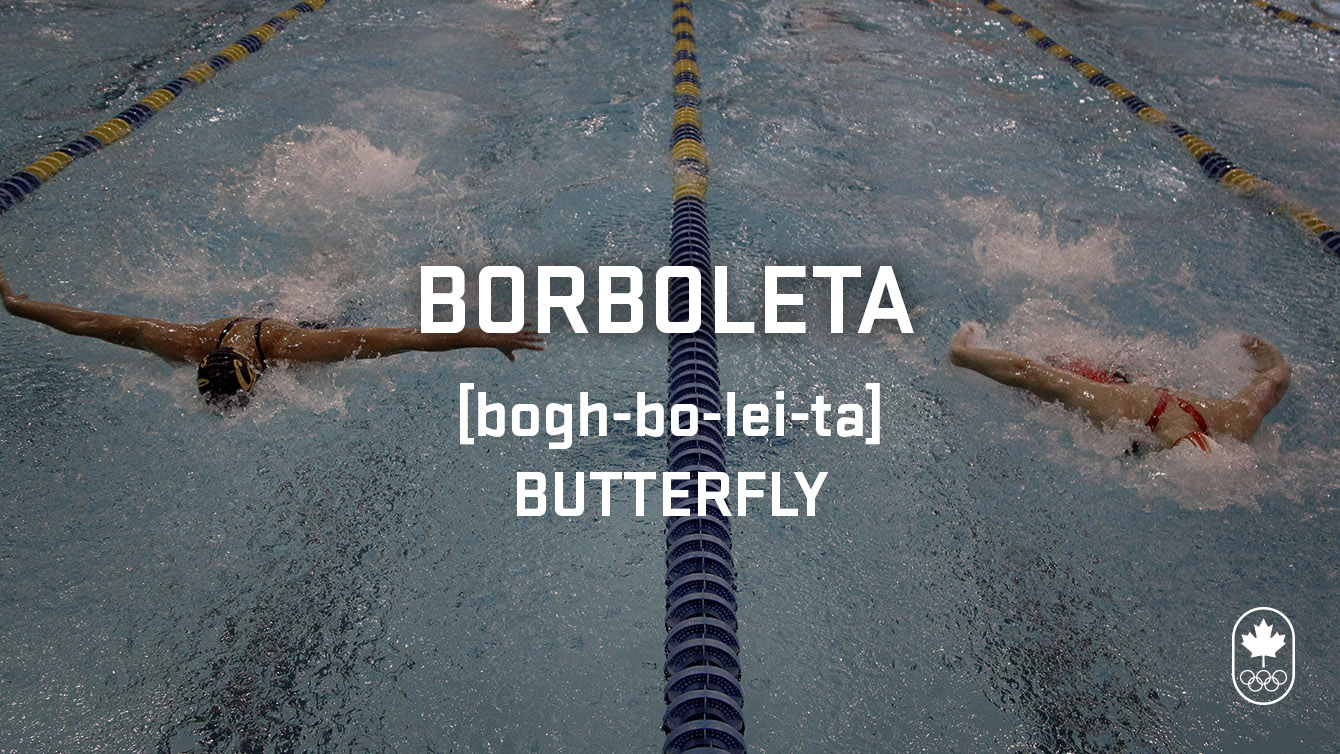 Known among swimmers as fly, the borboleta is a difficult stroke invented by Australian Sydney Cavill, which requires strength and technique. Since it is the newest of the four strokes, butterfly was only introduced at Melbourne 1956. 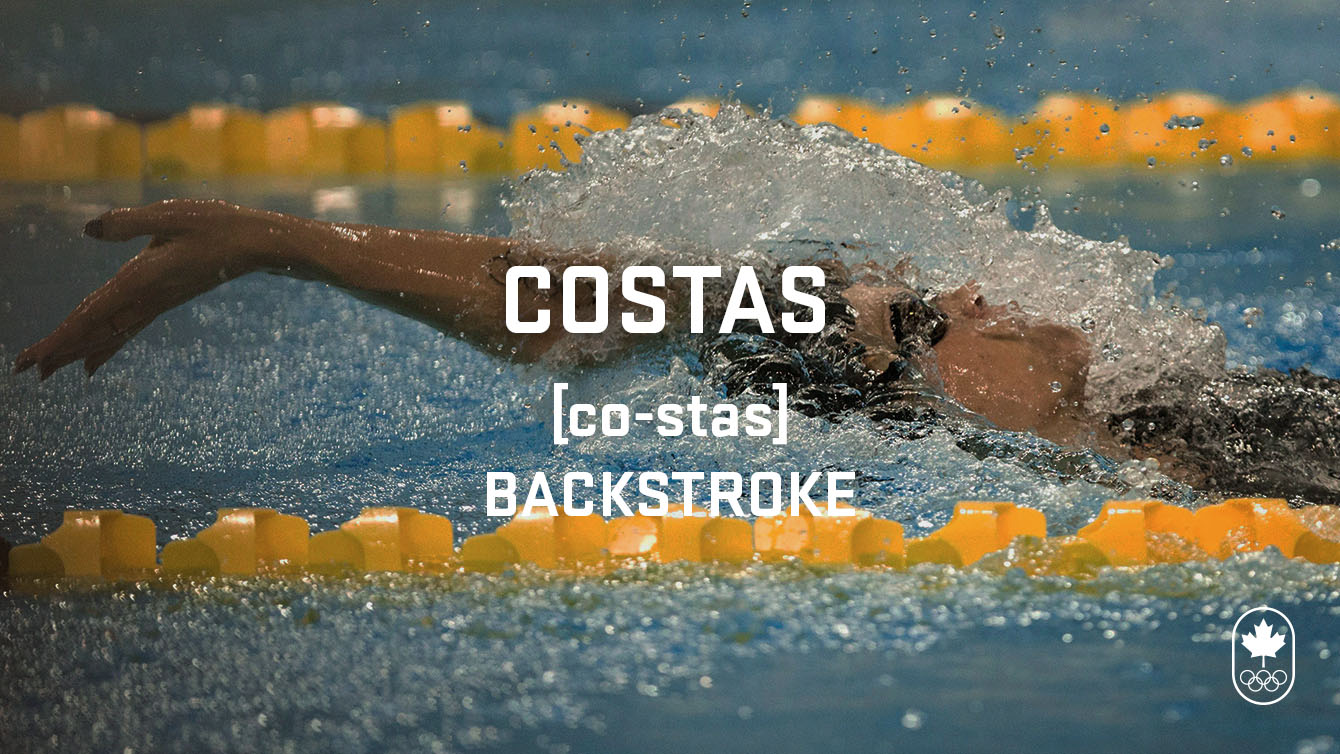 Costas – or backstroke – is a swimming style similar to an upside down front crawl. Since the swimmers cannot see where they are going, most of them count strokes to stay aware of where they are in a lane. Turning the head is an option, but that slows the competitor down. 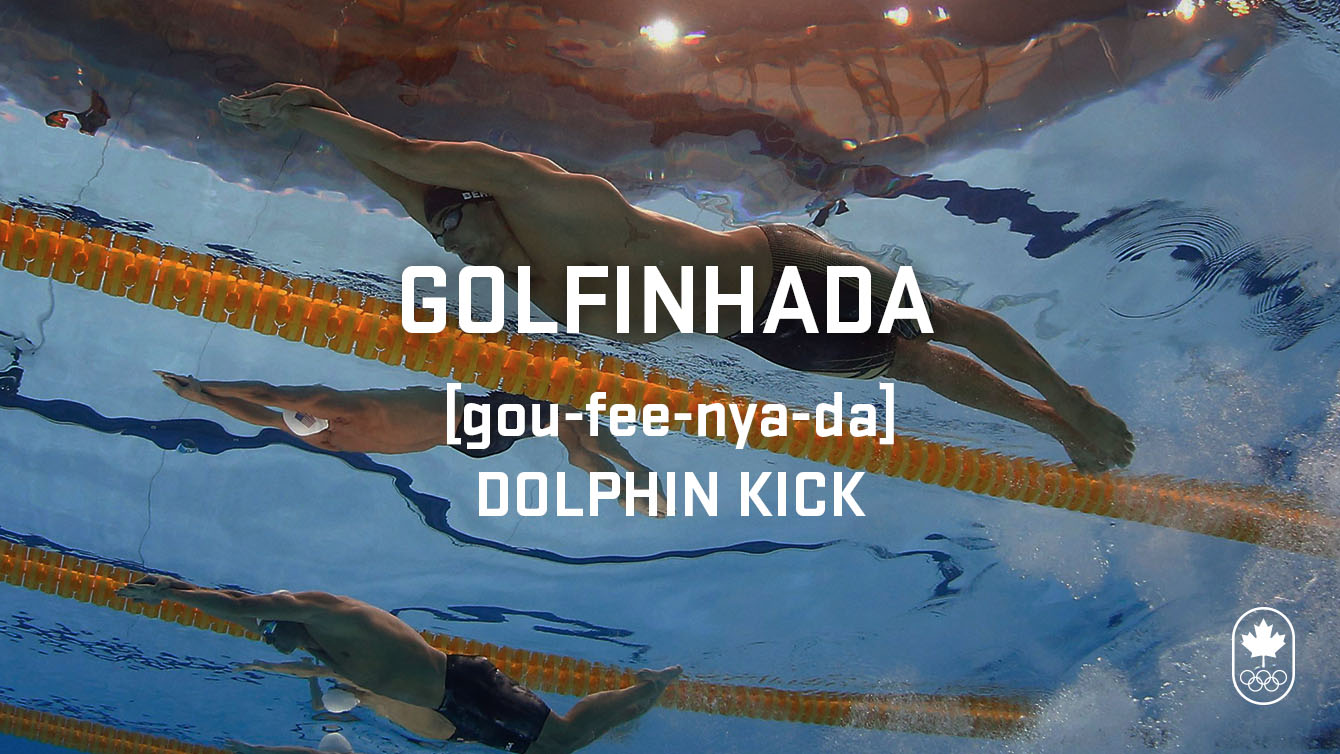 Golfinhada is a kick in which the legs move up and down together, generating a vertical wave. The top Olympic swimming medallist, Michael Phelps, is known for his perfect dolphin kick execution. 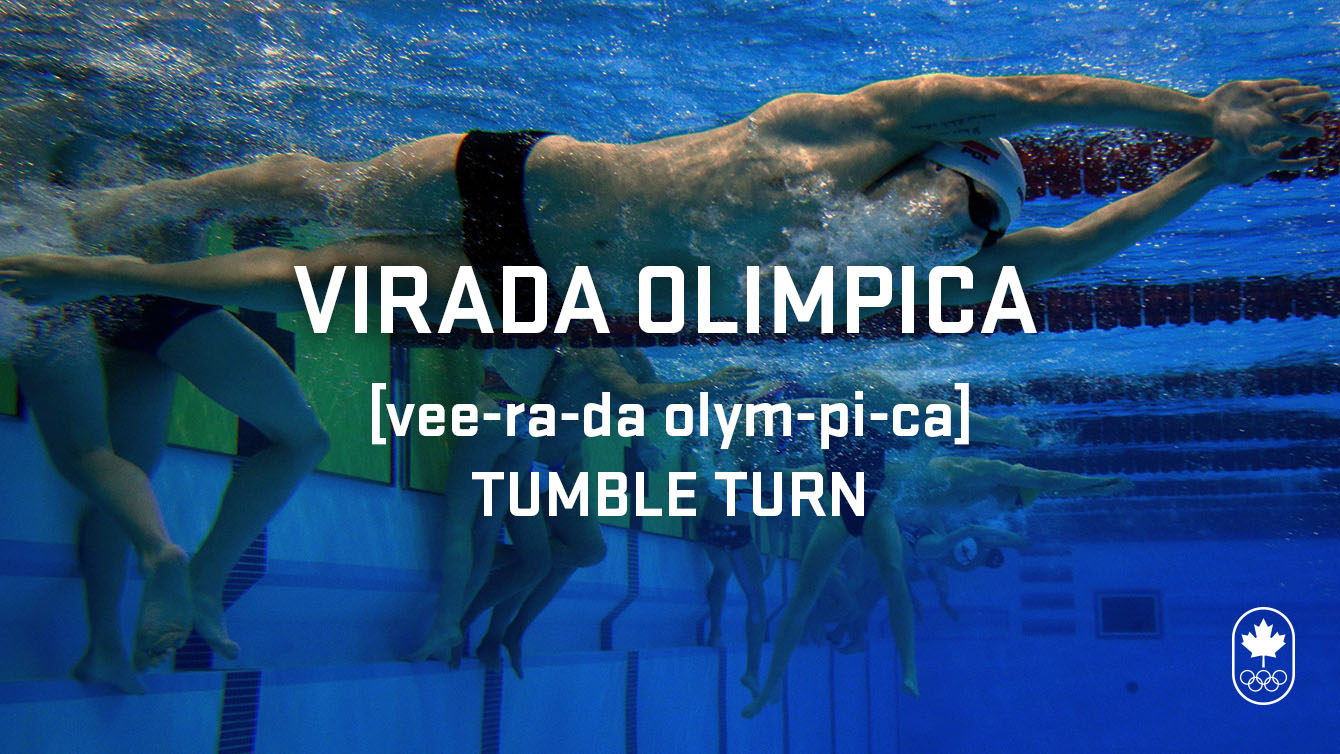 Virada olímpica – or tumble turn – is the fastest way of turning at the pool wall by perfoming a forward roll. Also known as a flip turn, it is only permitted during front crawl or backstroke races and swimmers have to touch the end of the pool with both hands before executing it.