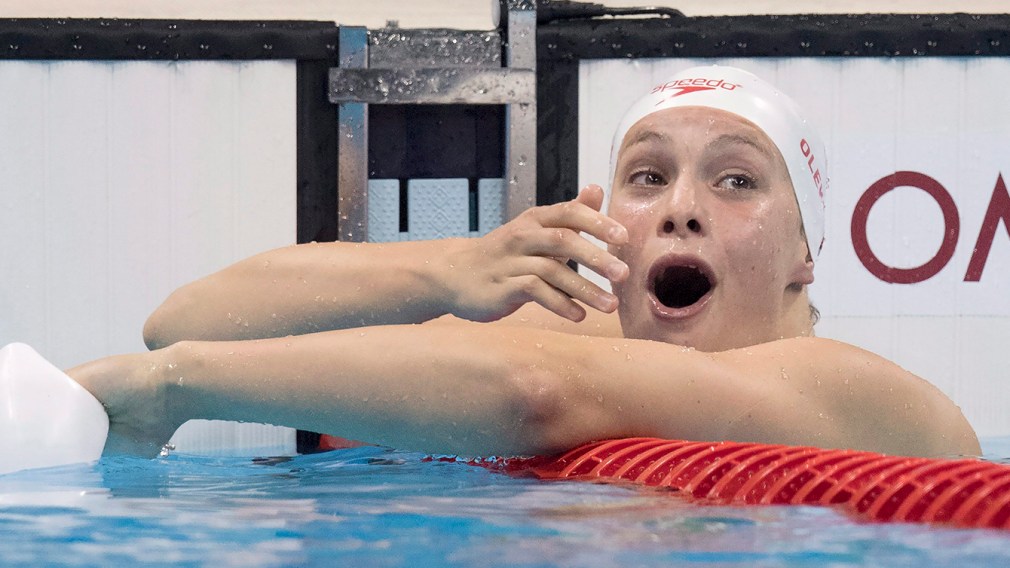 Day 2 of the Rio2016 Olympic Games is jam packed with events. Fans and athletes have taken to social media to support #TeamCanada

After coming off of a big win on day one of the Olympics, day two provides Team Canada with ample opportunity to continue success. Updated as the day goes on. 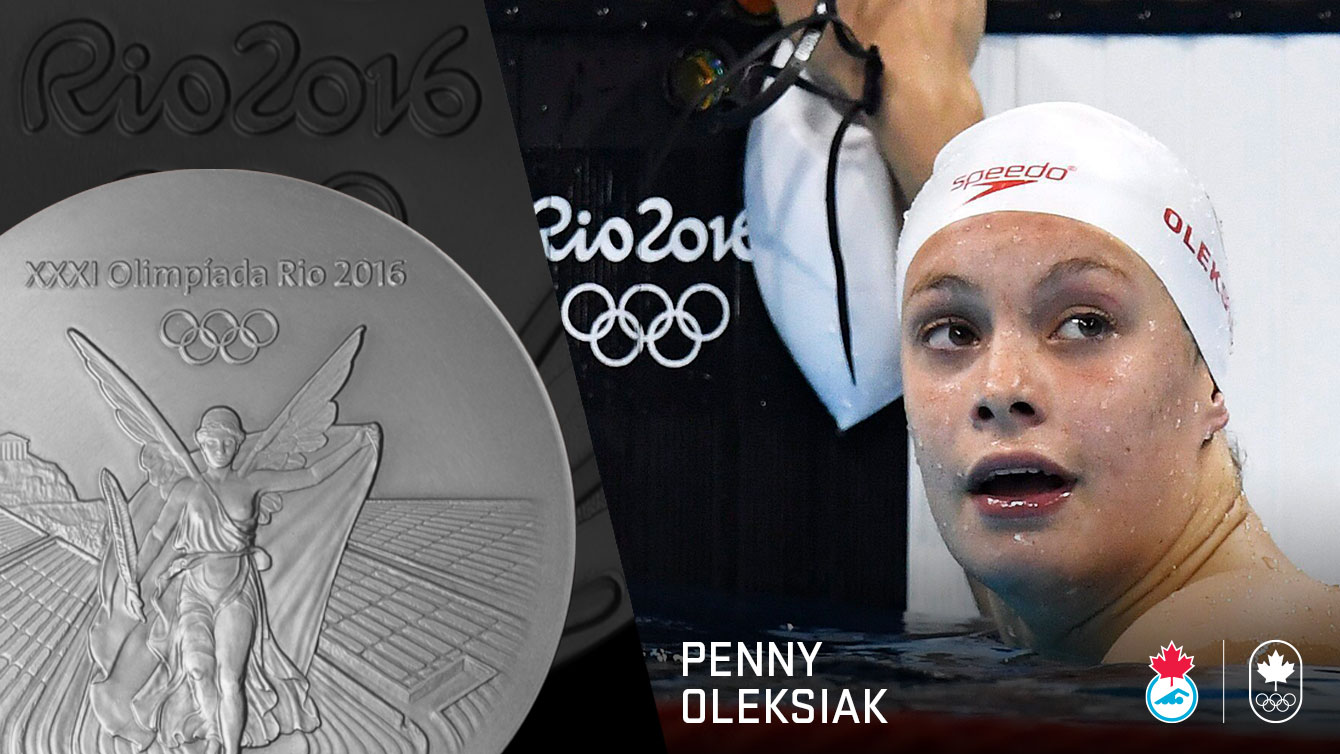 After touching the wall in third place at the half way point, Penny Oleksiak made up ground and won silver in the 100m butterfly final.

Beach Volleyball – CAN vs Latvia

Ben Saxton and Chaim Schalk are taking on Latvia. Latvia controlled the tempo and won the first set 21-17. Canada came back in the second set with two successful challenges and won it 21-18. After an intense back and fourth battle, Latvia won 15-13 taking the set and match. Saxon/Schalk currently sit tied for 3rd in pool D.

I should be in bed but there is beach volleyball – I think I might have Olympic fever! #TeamCanada #Rio2016 #sickdaytomorrow?

Vasek Pospisil and Daniel Nestor survive another round.

Rachel Nicol in the 100m breaststroke semi final qualified 8th and is moving on to the final.

Kylie Masse and Dominique Bouchard swam in the 100m backstroke semifinals. Unfortunately, Bouchard did not qualify however Masse placed 5th and will be swimming tomorrow night in the finals.

Beach Volleyball – CAN vs Italy

Canada was hoping to qualify a complete team for the final. The team consists of newcomers Isabela Onyshko, Rose Woo and Shallon Olsen as well as Olympic veterans Ellie Black, Brittany Rogers. After a fantastic effort, they ranked 9 overall and failed to qualify for the team round. Canada however has qualified some gymnasts for the finals: Onyshko for all around and balance beam, Black for all around and Olsen on vault.

Good luck to @EllieBlack_, @brittyrogers, @Shallonolsen, Bela and Rose tonight in qualifications! Go out there and crush it girls 🇨🇦👊🏽❤️

Onyshko lead the team off with a higher difficulty routine in hopes of raising Canada’s overall score. 14.533.
Woo took a tumble part way through the routine and slipped off the beam. She got back up and completed it, sticking the dismount. 13.233
Black was looking solid but landed unevenly and fell off during her highest difficulty giving her 13.566.
Rogers was last to go with a performance that gave her a score of 13.466

So, #RoseWoo had multiple herniated disks at the age of 15. And she's killing it. My life is nothing. #Champion #Olympics #TeamCanada

Woo made a comeback on floor with a lovely recovery routine. Woo posted a score of 13.566.
Onyshko had a solid performance with a score of 13.966.
Black seeking better fortune after falling off the beam proved why she is one of the best in the world. 14.133.
Olsen showed everyone why she is Canada’s best tumbler and made a great Olympic debut with a score of 13.866.

@EllieBlack_ thank you for representing us Canadians in the right way! Damn proud of you! #TeamCanada #proudcanadian

That was a stellar vault for Shallon Olsen! #TeamCanada #OlympicGymnastics

Mad respect for all of these girls #gymnastics

Gaby Dabrowski and Eugenie Bouchard have won their first game in doubles.

Rugby – CAN vs France quarterfinals

We live to see another day! So proud of all my teammates! Such grit 💪 Thank u rugby fans for backing us! #Rio2016 https://t.co/WCG80phgeL

Canada has beat France 15-5 and will advance to the semi finals against Australia.

Indoor volleyball – CAN vs US

The first game Canada plays is legendary match up against team USA. This is the first time Canada has qualified a volleyball team since Barcelona1992. Canada won the first set 25-23 and the second set 25-17. After USA used up all challenges in the third, both sides slowly increased their score with Canada eventually inching away, winning 25-23. This win comes as a huge upset to Team USA and provides Canada with confidence moving forward.

First Olympic match for #CAN in 24 years about to begin #Rio2016 pic.twitter.com/VLWpaHGsWx

Close game between #TeamUSA and #TeamCanada in Men's #Volleyball making it fun to watch yet heart-pumping. #Rio2016

Antoine Bouchard won the repechage match and went on to compete for bronze against Japan’s Ebinuma. Unfortunately, Bouchard was taken down twice and lost the match 101-0.

BRAVO ANTOINE!! @BouchardJudo Fantastic tournament! You'll be back in 4 years!!! #Judo #Rio2016 #CAN

Jennifer Abel and Pamela Ware placed fourth with a score of 298.32, less than a point behind the bronze winning team. Both will have one more chance as they are competing in the individual events next week.

So proud of Jennifer Abel and Pamela Ware #CAN #TeamCanada 🇨🇦🇨🇦🇨🇦❤️

Beach volleyball – CAN vs Netherlands

Canada’s Pavan/Bansley with a tidy 21-16, 21-17 win in their first beach volleyball match. They vanquished the Dutch.

Yay! A win for @PavanBansley vs. Netherlands 2-0. Awesome start to your Olympic debut! #teamcanada😀 #rio2016

Kylie Masse and Dominique Bouchard competed in the 100m backstroke heats. They both qualified for the semi-finals, Masse qualified 3rd and Bouchard qualifying 12th.

Rachel Nicol advanced to the semi in the 100m breaststroke, Kierra Smith did not advance.

Javier Acevedo placed 17th in the 100m backstroke and did not qualify for the finals.

Emily Overholt and raced in the 400m freestyle heats and did not advance to the finals. Brittany Maclean qualified fifth and will be advancing to the finals tonight.

Hard to be disappointed about your swim when your teammates KILLED IT today!!! Watch out for Canada in the finals tonight🍁🍁🍁

Tara Whitten reportedly pulled out of the race and DNF.

Gave it my all #fingerscrossed it's enough. Couldn't have done it without #imwithmichaeltaylergang @CanoeKayakCAN @TeamCanada

Rugby – CAN vs Great Britian

Canada has been defeated by GB 22-0. They will play France next in the quarterfinals.

not the best showing for #CAN but a good learning opportunity. Now to prepare to face #FRA in the women's #rugby7s #teamcanada #Rio2016

Cancelled due to poor conditions. The regatta will resume tomorrow, weather dependant.

#CAN Antoine Bouchard scores the takedown for the win #Judo #Rio2016 https://t.co/zCWBqv5H4c https://t.co/UfJm7jmliH

Ecaterina Guica has been eliminated after one match.

Maximilien Van Haaster competed in individual foil against Antonio Leal and won 15-7. Van Haaster was defeated in the round of 32 against Gerek Meinhardt.

So much emotion!! // Way too many people to thank// A night I will remember forever! Let's all get behind @teamcanada because more amazing things are about to happen!

Our first Olympic medal!!! So proud of our relay girls for their bronze tonight!! #Olympics #can #swimming pic.twitter.com/jieatrAAOz